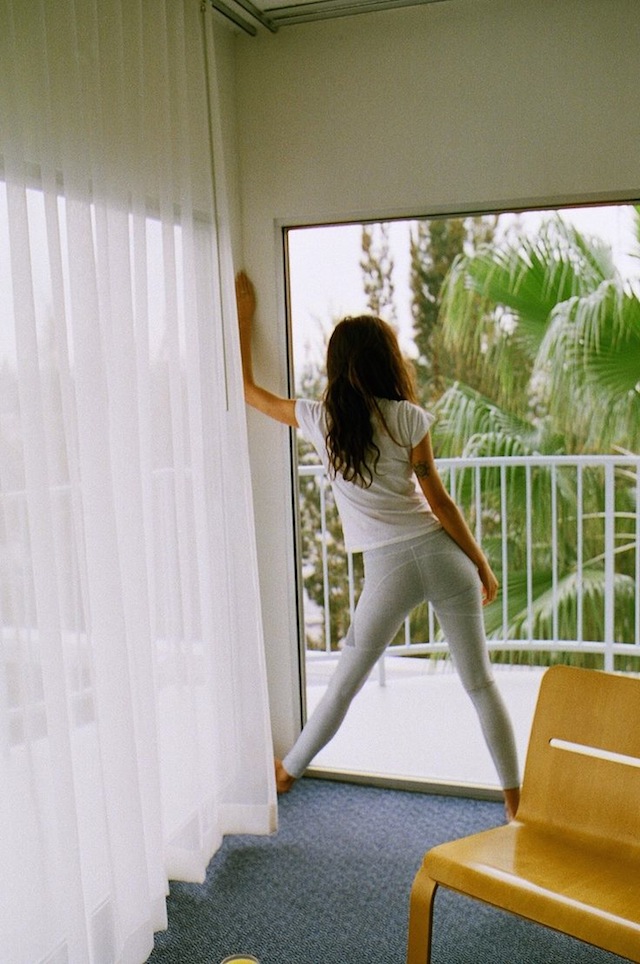 It took me an embarrassingly long time to title this post.  This post is venturing into uncharted waters and full of lots of personal disclosures like weight and body fat percentages, but it has been a huge journey that I’ve been on this past month and I feel compelled to share it with you guys.  It’s not a 30 day challenge, a juice cleanse or a crash diet.  It’s about figuring out how to live and prioritize in a way that makes me feel healthy and fit.  So, if you’re up for it, let’s start at the beginning.  I was super active as a kid– I dabbled in just about every sport you can imagine, but did soccer, track and cross-country the most competitively and up until I graduated high school.  Up until that point I never thought about what I ate, because I was working out two to three times a day and was 17 years old, so it was never an issue.  In the years since, I’ve dabbled in running on my own, ballet classes, yoga classes, and spin, but the busier I got with work, the less exercise became a priority.  About a year before I got pregnant with Parker, Aaron and I started working out together.  We were running around our neighborhood.  He was leaving me in his dust… thanks, friend.  Then we got gym memberships.  I would lift weights from time to time, but mostly I was running.  By the time I got pregnant, I was up to running 5 miles 4-5 days a week and felt really good about my body.  I hadn’t really changed the way I eat at all.  We grocery shop at Whole Foods, don’t eat fast food or drink sodas, so I feel like I’m not the worst eater, but I love wine, cheese, carbs, and eating out as much as the next girl.  So, in the interest of full disclosure, I will tell you that I weighed 119 pounds when I got pregnant with Parker and felt all-together pretty good about it. 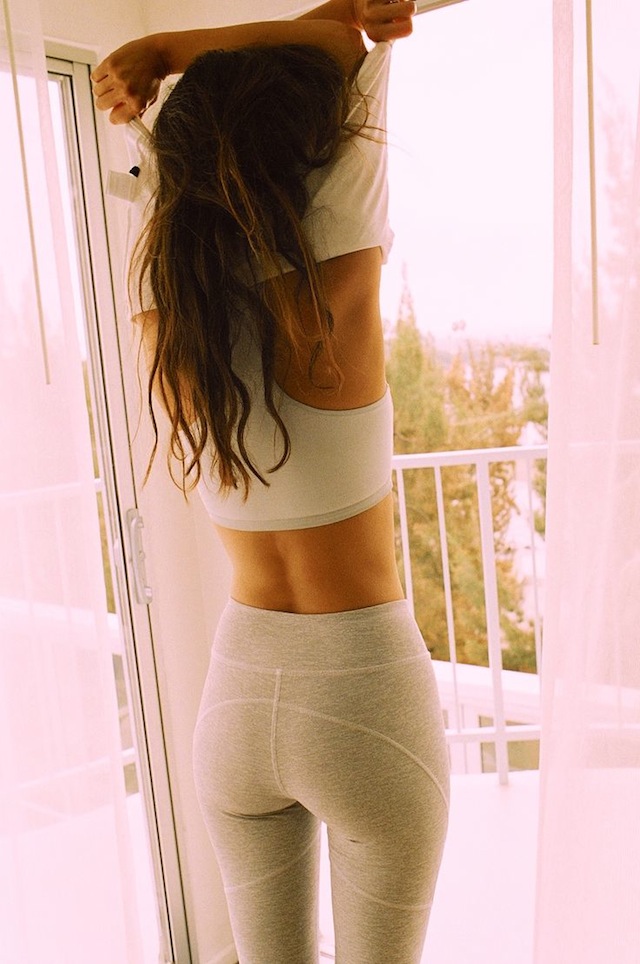 I kept exercising up until 16 weeks into my pregnancy when I started having some spotting and my doctor told me it was probably best to take it easy until Miss Parker made her debut, so that’s what I did.  All in all, I gained 31 pounds during my pregnancy which I also felt pretty good about.  In April of 2014, Parker was born.  The first 21 pounds came off surprisingly fast.  I would say by about 3 weeks, but those last 10 were perseverant little suckers!  Not only that, but I was definitely much softer, less toned, and at some point over the last nine months my abs decided to take a hike and never come back.  I did eventually get back down to my pre-Parker weight momentarily, but was more often than not hovering around 123/124.  As far as exercise, it was a challenge now to carve out the time for it.  I was already feeling like there was barely enough time in the day for work and motherhood and being a wife so it just didn’t make the shortlist of priorities.  I was definitely noticing a difference in how I looked in outfit posts (and a couple of people even left comments!) but it wasn’t until I got on the scale at 129.5 pounds that I realized I needed to make a change.  I know that weight is relative.  That number might sound like a lot to some people or a little to others, but to me I just knew that I wasn’t living as healthfully as I would like to be and I wasn’t really that happy with my body image.  I texted my friend Hank who had recently taken photos for a small personal fitness gym in our neighborhood called Go Tribe and asked him for one of the trainer’s numbers.  I immediately texted her and decided to try out a class that Saturday (4 weeks ago tomorrow!) and was in. 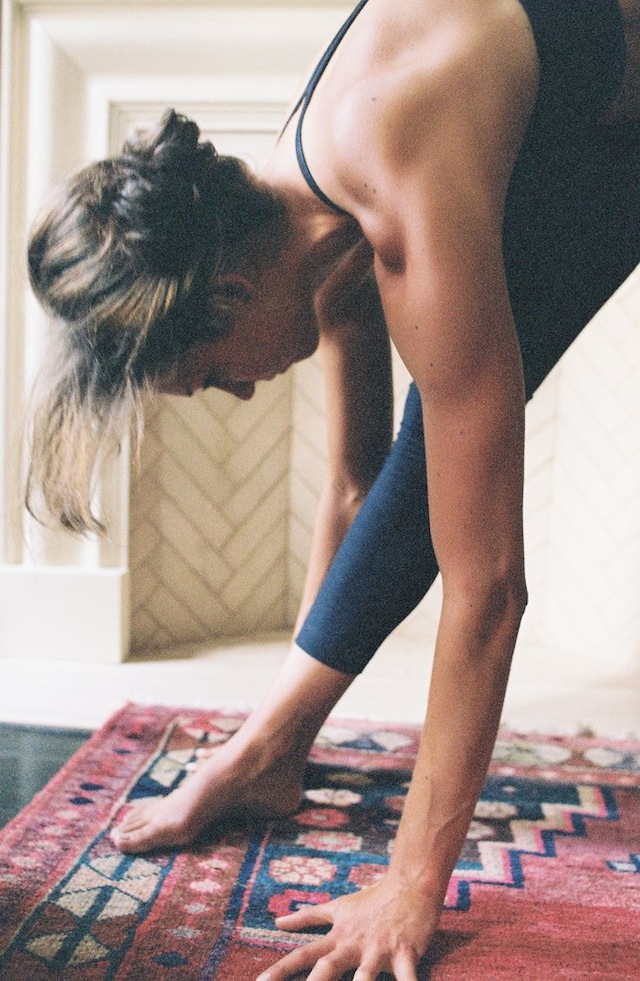 Since then, I’ve been working out 5-6 times a week, doing 3-4 of the small group classes at Go Tribe and running or doing a home workout that Krickit, my trainer created for me.  She is really the key difference in why I have actually stuck to something consistently for almost a month now.  I’m learning about myself that I have an easier time keeping commitments to others than I necessarily do keeping the ones I make to myself.  Having the accountability of a small group and a trainer who checks up on what I’m eating via Fitness Pal and texts me throughout the week has been a total game changer.  So you want to hear the results three weeks in? 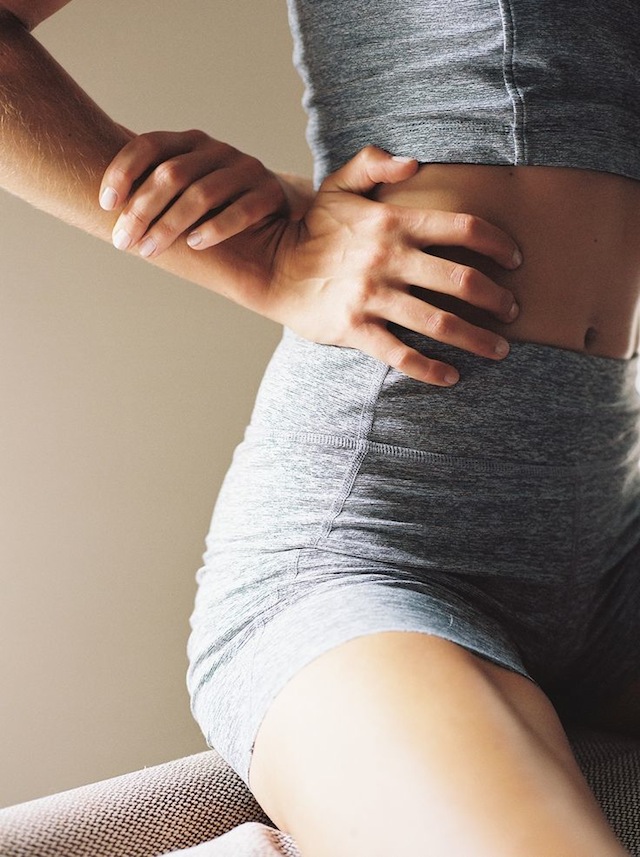 In three weeks, I’ve lost 3.5 pounds, 2% body fat and 4.5 inches.  I can see a change in my body and I feel really good about it.  All of that to say, I was definitely feeling a little burnout this week and worried that my new found routine would become just another fitness phase to add to the list of yoga and spin classes and unused gym memberships.  Aaron is back to traveling which makes the logistics of going to a class in the morning harder– I have to have the nanny come extra early and then struggle to not feel guilty about being away from Parker longer than necessary.  However, I’m making getting fit and eating healthier a priority right now and I have to remember that, sooooo here we go.  Like I said before, this is so not an aim for perfect gluten-free Whole 30 exercising seven days a week living, but an aim to feel more fit and live more healthfully.  It’s a challenge to cook at home more often and discover new yummy recipes that our whole family can enjoy.  It’s a lifestyle change… hopefully.  I will keep you posted about how the journey is going and more details on what I’m eating (this post just seemed long enough as it is!) and will be popping in from time to time with health and fitness posts if you’re okay with that.  Until then, happy weekend! (Also, some of my favorite posts we have ever worked on are going up next week, so be sure to check in!)

all images via Outdoor Voices

(If you’re in LA, and looking for a new fitness routine, I would definitely check out Go Tribe!)

The Best of Secret Sauces

Explore more: fitness and wellness, healthy, Work It Out