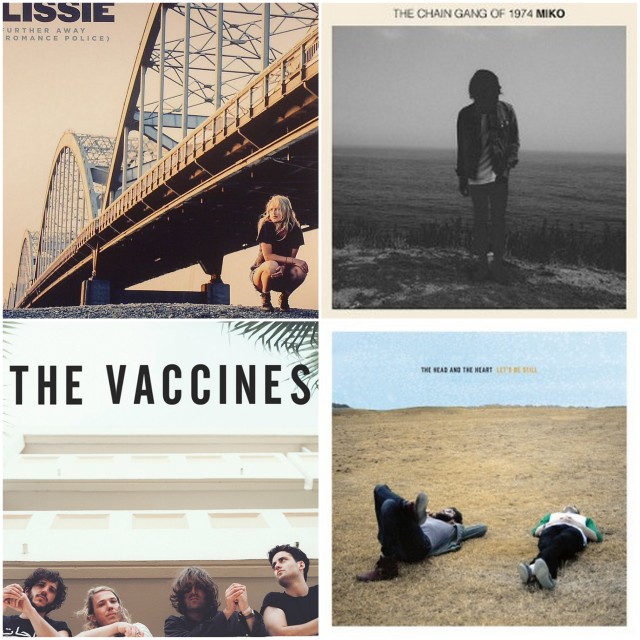 You didn't think we were going to let a month go by without another one of Matt's stellar playlists did you? Not a chance.  If you are just stopping by this series for the first time, you're in luck because this month is hands down one of my favorites!  Do I say that every month?  They just keep getting better and better.  This month actually marks a full year of Matt's playlists.  You can check out the others here or for more of Matt's one-of-a-kind music recommendations, be sure to follow him on Twitter.  (Having trouble listening? Click here.)

I'm a guitar player, so whenever I hear a great rock riff I get excited. This LA band is on the verge of a big breakout. Keep an eye out for them.

I'm not sure why they are throwing rocks on a cliff side, but I'm into it.

Another amazing LA band that I've been following for quite some time. Their debut album, Exhibitionists, just came out and you should get it.

Go ahead and put away whatever preconceived judgements you have about JM and listen to this song.

The Head And The Heart - "Shake"

Had a chance to see THATH at a friends loft a couple weeks ago and they played a handful of songs from their new upcoming album. Sounds like it should be another hit.

This band is SÖ ÇØØ£¡

Dillon Francis ft. TEED - "Without You"

I guess this starts our run of songs with a featured artist attached to it. I love the beat on this track.

Not really what I was expecting from the new Drake single, but I gotta say I like this a lot.

Probably the strangest collaboration ever. Apparently it all started at Coachella last spring, and resulted in this gem. R. Kelly has probably the best remix in history ("Ignition"), so how could you go wrong letting him go crazy on your song? Good call.

I have been waiting for his stuff to get on Spotify so I could include it on one of these playlists for so long! Finally the wait is over.