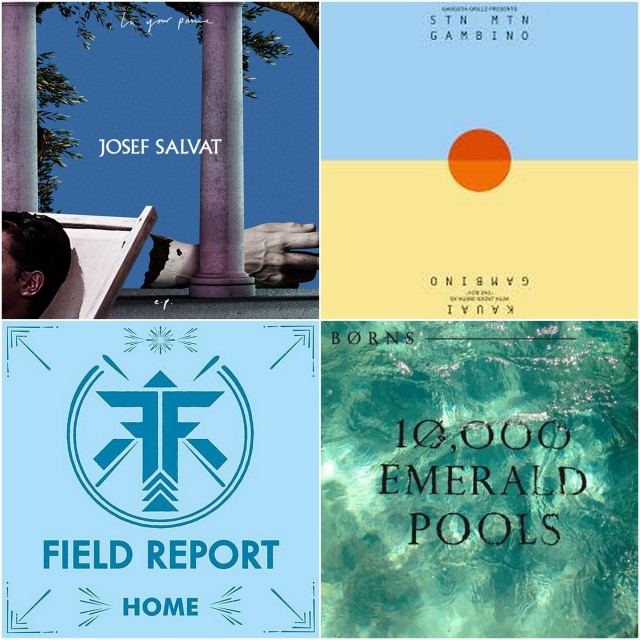 Last Sunday Parker and I hopped a plane to Austin and spent the week indulging in tex-mex and lots of grandparent snuggles.  We ate pumpkin pancakes at Kerbey Lane and had a play date with Camille's daughter, Phoebe, who could not be sweeter!  Parker experienced her first Texas rain storm and I experienced my first solo flights with a baby who is so interested in the world around her that she refuses to sleep!  All of that to say, I am really looking forward to a relaxing weekend that involves a heavy dose of sweatpants and this playlist from supervisor extraordinaire, Matt Mugford, on repeat.  Hope your weekend is full of the same!

Don't much about this guy, but I feel like we all might know more before too long. This song's beat kind of reminds me of Drake "Hold On.." which is pretty awesome.

Speaking of Drake... whoa! What is this?? I was not expecting Donald Glover AKA Childish Gambino to sing like this! His previous albums have been more in the artistic rap category, but this is straight R&B Pop and i dig it.

Kind of jarring at the beginning, but don't be alarmed there is a sweet little chorus waiting for you in there.

Foo Fighters - Something From Nothing

Okay...everyone stop what you are doing and go watch Sonic Highways on HBO right NOW! It's amazing and fascinating and Dave Grohl is a genius. This song is from episode 1 and it gets a little funky. But seriously...watch it.

U2 - Every Breaking Wave

I know everyone is ganging up on U2 for giving away their new album, but this song is classic U2 and better than most songs you pay for (if you still pay for music) so stop complaining and enjoy.

Had an Odessa song on last months playlist, but I seriously cannot get enough.

Sounds like a Bruce song, which is never not a good thing.

Dirty South ft. FMLYBND - With You

My favorite part of this song is the rock n roll bridge (2:27) that comes out of nowhere and then goes right back to the dreamy programmed beat of the rest of the song.

Oh wait...or is this the hipster jam?

Bear's Den - The Love We Stole

Love that guitar melody and grove.

This is one of those bands that I don't think I like, but then end up liking every new single they put out. Damn.

Mew is probably one of the strangest bands out there...and I LOVE THEM! They are one of my all time fav's for sure. They are currently working on a new album and I couldn't be more excited to hear it. I remember hearing this song when I saw them for the first time at the Troubadour in 2006. I think it might have actually been my first show at the Troub! They came out and opened with these two songs back to back (which is how you have to listen to them which is why they are both on this list) and I was instantly blown away. It sticks out in my mind because I took my girlfriend (now wife) to the show and she HATED it. Either way, she still married me and we joke about it to this day. Regardless of how you might feel about Mew, they are definitely one of the most creative and interesting bands that you will find out there. His voice is so high and bizarre, the lyrics make no sense at all, the drummer plays the high hat like no one I've ever heard. A friend of mine once described Mew's music as all of the things that you would typically hate, but for some reason you love. I think that sums it up. Hopefully you side with me and not my wife on this one.