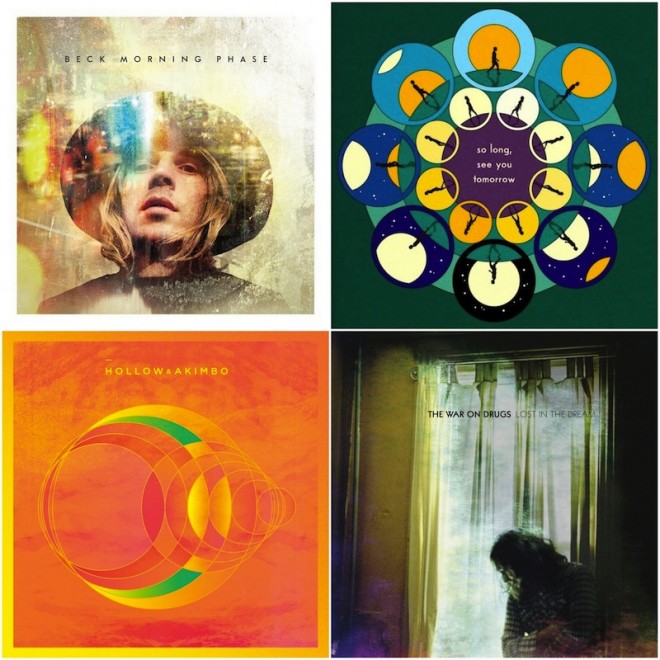 How much did you love Matt's February playlist of love songs?  Be honest because I seriously cannot stop listening!  For me it's a tie for favorite track between Two by Ryan Adams and Tonic's Sugar.  However, I'm trying to be open to moving on to this months jams which shouldn't be hard since every playlist somehow manages to be better than the last.  Thanks for always introducing us to so many great new artists, Matt, and making our taste in music look infinitely cooler than it actually is.  What would we do without you?!

This band is my current obsession. Love this song. The guitar parts are so good.

Kind of feels like a combo of Two Door Cinema Club and Bastille. I'm fine with that.

I remember hearing Laura a couple years ago and freaking out. Glad she's starting to make her voice known.

Eliza and the Bear - Friends

In my line of work I get sent a lot of music everyday, usually links with albums, playlists, compilations, etc. I got this song from a publisher and they only sent this ONE song, which is a pretty rare occurrence. Listened and knew why...it's a jam!

The next hipster band you'll be hearing about in no time.

I'm a U2 fanboy. There's no denying it. And I LOVE this new song!! I know on first listen it kind of sounds like a typical U2 song, but go back and listen a few more times and you'll hear the impact of the Danger Mouse production on it. The bridge "There is no them, There's only us" is classic Bono lyricism. Ok, I'm done gushing.

The War On Drugs - Red Eyes

Sounds like Arcade Fire when Arcade Fire was good. Too harsh? Honestly, I'd take this over anything on Reflektor. Still too harsh?

New album is really really solid. I fear that it's already too underrated. Give it a listen.

You never know which Beck you are going to get from album to album. This is folky/acousticy/kinda sad Beck, which is just how I like him.

And now for the bands with 4 capital letters as a name portion of the playlist...

This guy is churning out some really vibey electro productions right now.

Retro jam that will make you want to put your dance face on.

Clean Bandit - Rather Be

All that's missing is a rap by Left Eye. Feels like the 90s.

It's nearly impossible for me to pick just one RA song as an all time fav so I just closed my eyes and this was the first one that came to mind. In my opinion, he is one of the best songwriters of my generation and this is just one example of his brilliance. Also check out: "Two", "If I Am A Stranger", "This House Is Not For Sale", "My Winding Wheel", ...ugh I could go on forever.

« My Style // Breakfast in Bed
Working It With Coach Spring Footwear »