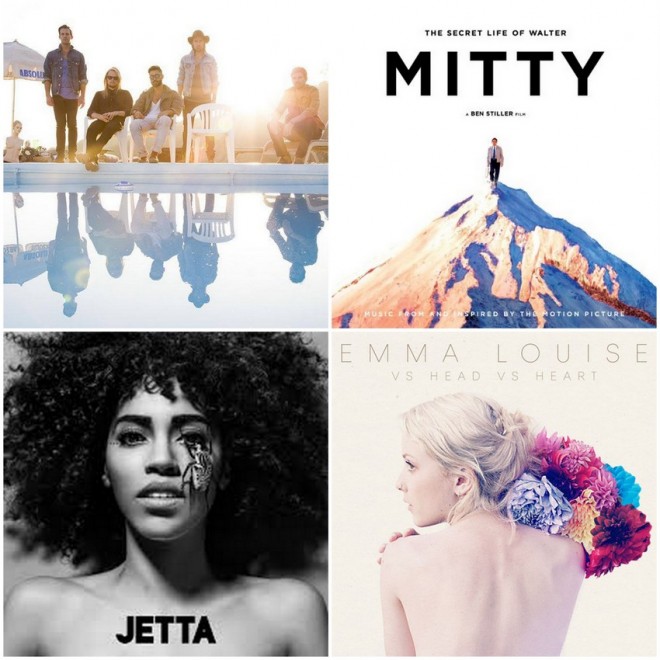 After seriously checking out the last two weeks, I spent most of yesterday with my head in my inbox trying to get caught up on all of that digital correspondence that went unchecked for far too long.  Today, though, we are back in the office shooting new posts and plotting out our calendar for the first half of this year!  Between the Pinterest boards, piles of magazine inspiration, and this new playlist from Matt, it's hard to call this a "work day"... but I will anyways.

Getting ready for this band to blow up in 2014. Their song "Vagabonds" (not on spotify) is probably my fav. Check it out here: https://soundcloud.com/grizfolk/vagabonds-grizfolk-feat

A pal of mine sent me the trailer (http://youtu.be/c1Xk-yTuFEU) for the film, The Secret Life of Walter Mitty a few months back and just by the trailer and this song I knew I was going to like this movie. My wife and I saw it over the holiday break and I loved it! So so good. Go see it.

It really doesn't get much better than the beat at the beginning of this song. Makes me want to dance.

I had the privilege of serving as the Music Supervisor for Google's latest Year In Review campaign for 2013 and this is the song that we featured! You might have caught it already, but here is the spot: http://youtu.be/Lv-sY_z8MNs. Jetta is amazing and is going to do big things. Check out her song "Start A Riot" for further proof of her awesomeness: http://youtu.be/OV5d2DIEbhA

Sia is just killing it right now. Love her voice and this song is massive.

I got to see this duo perform at an intimate showcase in Nashville when I was there last May. They are kind of picking up the torch for The Civil Wars. Works for me.

This is one of those, "How have I not had this on a playlist yet?" moments. My apologies to you all. This has been out awhile, but still under the radar and way underrated in my opinion.

This guy can kind of do it all. He can give you great upbeat electronic pop stuff and then he can strip it down to just an acoustic guitar, and it all works. More proof that if the song is great, it almost doesn't matter what form it comes in.

I'm such a sucker for a good pop-rock song. Glad this band is back, excited to hear the rest of their new album later this month.

Hozier - "Take Me To Church"

Moody, dark, and religious...just how we all like em, right?

Okay...so I really really liked Walter Mitty. So much so, that I had to include another song from the soundtrack. This one was written by Ryan Adams, who is pretty much my favorite artist/songwriter in the world, so I literally had no choice.
Matt's All-Time Fav's

Spotify just inked a deal to have Led Zep on their service so I HAAAAAD to include one of their songs. It's pretty much impossible to narrow it down to just one of my favorites, but this song still blows my mind every time I hear it.