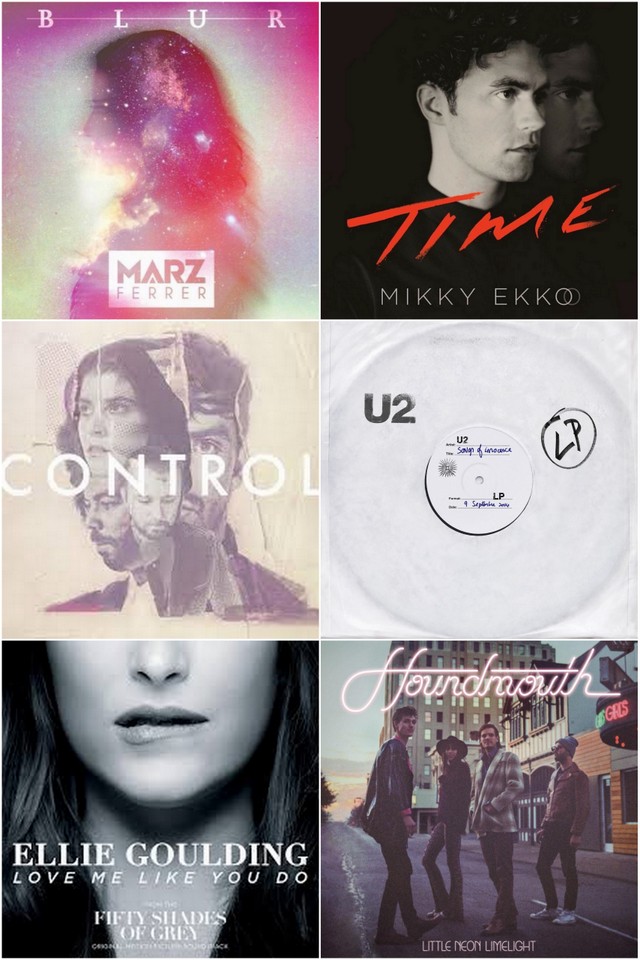 Happy Friday, friends!  Any big plans this weekend?  Tomorrow we are laying low around here and hitting up our favorite neighborhood park with Miss P.  It has become our total happy place and an almost daily part of our late afternoon routine after I pick her up from school.  In total contrast to Saturday, Sunday I will be attending the Grammys!  I’m so excited!  I’ve been lamenting that it’s been way too long since I’ve seen a live show, so nothing to make up for it like a little Grammy show.  Speaking of good music, resident music supervisor extraordinaire Matt Mugford has put together the most stellar playlist for your weekend listening pleasure.  Any big plans?  I will post all of the Grammy details on Monday (or you can follow along here).  Until then, just press play…

George Ezra – Blame It On Me
This is one of those situations where I heard the album a long time ago and have been just waiting for Spotify to get it so I could put something by this guy on a playlist. What a crazy awesome voice.

Milo Greene – On The Fence
If you ever get a chance to see this band live…DO IT! Check out their performance on CONAN the other night: http://teamcoco.com/video/milo-greene-01-28-15

Ellie Goulding – Love Me Like You Do
Not sure I need to see Fifty Shades Of Grey, but this song is straight pop magic. When the 2nd chorus comes in, it’s just too good.

Mikky Ekko – Love You Crazy
This guy rules. That’s all there is to it. Go listen to his new album, Time. It’s great.

Nothing But Thieves – Graveyard Whistling
What a great title for a song! Pretty much tells you what you are going to get…haunting but kind of happy.

Howard – Money Can’t Buy
One of those songs that kind of puts you in a trance. I could just listen to it on a loop for hours and not even be aware.

Golden Coast – Futurist
It’s 75˚ in LA today, so we can bust out a summer vibe song, right? Sorry east coasters!

Mimicking Birds – Bloodlines
This one might work better for you guys covered in snow today.

Marz Ferrer ft. Alhae – Alright
A friend turned me on to this recently and I’m really digging it. Love that there is a rap. Works.

Houndmouth – Sedona
I’m from Arizona and have probably been to a dozen weddings in Sedona, so I’m a bit partial on this one. If you’ve never been, it’s one of the more beautiful places in this country. Plus, there are a bunch of weird hippies and gypsies out there.

Mark Ronson ft. Kevin Parker – Daffodils
Love that I can include a Ronson track in back to back playlists and they sound absolutely nothing alike. Both are pretty funky though.

U2 ft. Lykee Li – The Troubles
I recently went back and listened to the new U2 album again…and it’s really really good. I think after all the iTunes shenanigans the music got lost. Go back and listen to the deluxe version and give it another shot. This song is like the dark version of “One”

Radiohead – Airbag
Since I can’t just put the whole OK Computer album on here, I figured I’d go with the opening track. The sounds happening on this record is still hard for me to understand to this day. The songs and melodies are so strong all the way through, it’s pretty amazing. One of the all time greats.

Explore more: Matt Mugford, Playlists, What to Listen to Now