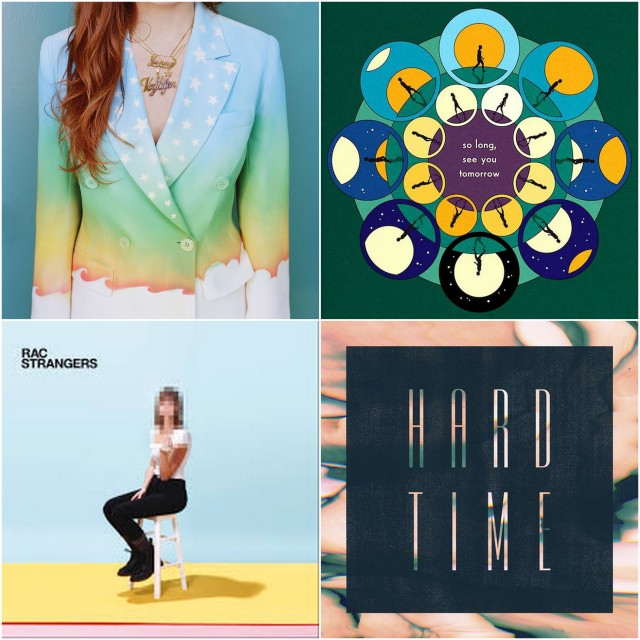 I know.  I've totally failed you.  Here it is nearly mid-August and I'm just now getting around to publishing Matt Mugford's latest compilation of super jams that you need to know about.  I could blame it on our travels or on the four month old asleep in the other room, but the truth of it is that they've been in my inbox for some time now and I've been selfishly hoarding them for myself.  Not really.  It's probably actually the first two reasons, but you can only blame so much on the baby, am I right?  Without further ado, the latest playlist that's bound to be on repeat until a much more timely September list appears.  Clickety-click.

It's still summer, so I think another summer jam is welcome here. Right??

Sir Sly - You Haunt Me

Jenny Lewis - She's Not Me

Ryan Adams produced much of her new album, The Voyager. So that's pretty much all I need, but this song is fantastic.

I love the tension that builds throughout this. Voice is killer too.

One of the best guitar players on the planet right now. Seriously. I saw him play with Fiona Apple a couple years ago and my jaw was on the floor the entire set.

White Arrows - We Can't Ever Die

Not sure if that is biologically possible, but I'm okay with the thought.

Kind of just a cool song and then the Macklemore rap starts and takes it to another level.

Revisited their newest album over the weekend, and I'm convinced that this band deserves way more credit than they do.

Odessa - I Will Be There

Currently suuuuper obsessed with Odessa. Can't wait for everyone to hear more from her.

I have absolutely no clue what is going on with this song...but I think I like it?

Chill vibes with a hint of creepy. Always a good combo.

Incan Abraham - All You Want

When I first heard this song a few months ago, I had it on repeat. Glad it's in the Spotify universe so I can finally put it on a list.

This is the original Watch The Throne, and honestly it doesn't get any better than this for me. When I was in college we would have a nightly listening/rapping sessions with all of my roommates to this song. It is pretty much flawless and so awesome. I love that it is sampled from a Michael McDonald song (which is also an amazing song) and each verse is equal parts completely frightening and hilarious. Mount UP!

« What To Read Now // Summer Edition
The Best of Eggs »