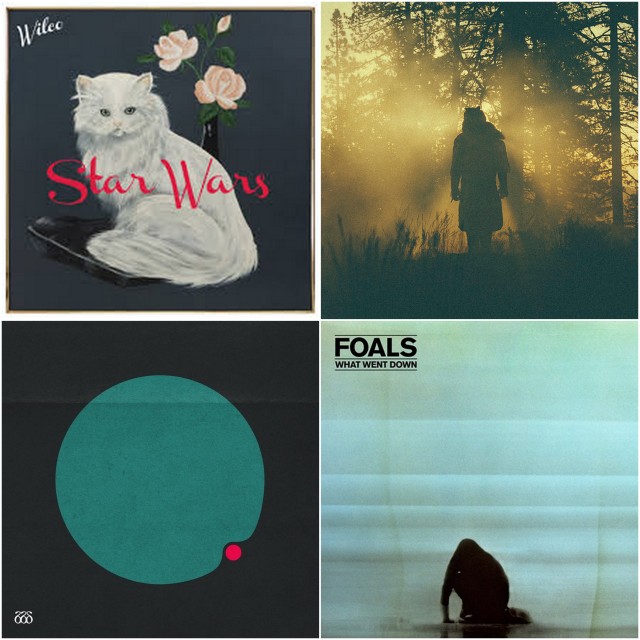 Oh August.  In lieu of fun holidays like your July counterpart you usually come bearing heat waves instead.  However, we won't hold that against you, especially since this playlist courtesy of the one and only music supervisor (at least in my eyes) Matt Mugford comes bearing so many good jams I can hardly stand it.  Dying over this JR JR jam and at least half of these songs take me back to my days of living in Austin, TX, so how can I be mad?  Let's agree.  We won't be mad at August instead we will soak up every last splendid and sultry day that summer has to offer.  We will spend the weekend outdoors with friends, eating delicious food and whiling away the long days as carefree as ever.  Because, indeed, summer will be gone before we know it and we will undoubtedly at some point in the coming months find ourselves counting down the days until the next one!  Let's make the most of it!  (OH and tell me you're not as obsessed with this playlist as I am.  Doesn't it make you want to take a road trip? Maybe do that this weekend too. Keep me posted!)

Wilco - Random Name Generator
Dad rock at it's finest. This is Wilco sounding a little Spoon-ish and I like that. The songs on the new album are short and the jams are concise, and I like that too!

Thundercat (ft. Flying Lotus & Kamasi Washington) - Them Changes
I was already into this and then I heard the Song Exploder podcast on how the song was made and it solidified my affections. Check it out here.  While you are at it, check out all the Song Exploder episodes, they are GREAT!! I'm obsessed.

Big Black Delta - It's OK
Great LA band. I'm a fan of this message as well. It really is OK everyone. We're gonna make it.

Foals - Mountains At My Gates
I really dig this band and starting at about 2:36 of this track you'll find out why. Holy! Holy!

The Paper Kites - Electric Indigo
A nice palate cleanser after the insane ending of that Foals song. So many great subtleties in this track. Great tones, harmonies, and so many little hooks to get lost in. This is a good one for a late night drive with the windows down.

Ratatat - Cream On Chrome
I'm not usually one for instrumental songs. What can I say? I like melodies and words and stuff. But this has too much cool factor going on to not include. Although some words would be kind of fun too.

Gary Clark Jr. - Grinder
This dude knows his way around the guitar. I always get excited when something comes out that actually has distorted guitars with someone who knows how to play them. Great use of feedback on this too. Plus, he's from Austin and I'm sure that will make Jen happy.

Jr. Jr. - Gone
I'm a fan of the new band name. It used to be Dale Earnhardt Jr. Jr. and that was dumb. This song is not dumb though.
**NOTE** we just went from Gary Clark Jr into Jr. Jr. -- yes, that was intentional.

Dawes - Right On Time
Speaking of guys that know their way around the guitar! Taylor Goldsmith is effortless (chic?) on the fretboard. I love it.

Oh Wonder - Drive
There's just something about a male/female vocal that just sounds nice. Strings help too. This has all of that.

Beach House - Sparks
I just spent the weekend at a Beach House, which has nothing to do with this really, but felt like it was worth a brag. It was awesome. This song seems like a good way to end. Chill vibez ya'll. See ya next month!