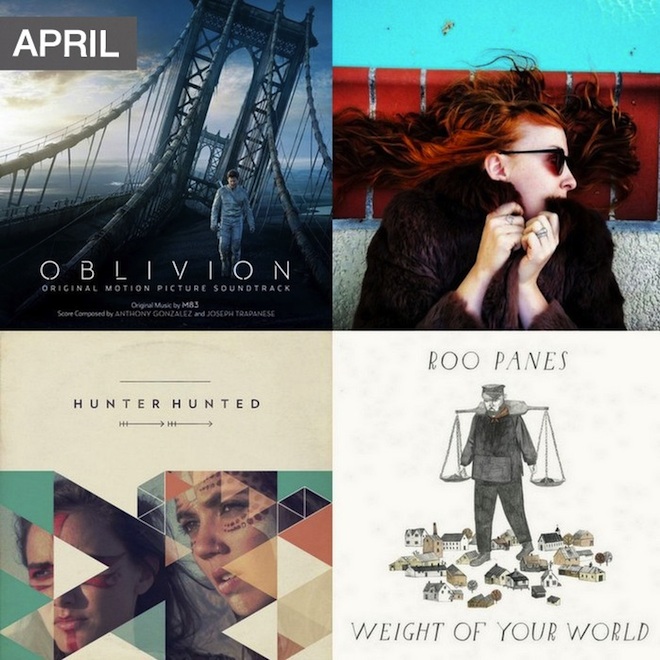 Do you guys follow Matt on twitter?  If so, you will know that he and his wife Beth announced some very exciting news this weekend.  There is going to be a new addition to the Mugford family, due in October!  I've been told that he's already purchased a pair of headphones for baby Mug, too.  I have a feeling that this very lucky child is going to grow up with a wonderful taste in music, if his dad has anything to do with it.  In the meantime, let's all reap the benefits and take a listen to what Matt has in store for us this month!  Happy April!

Had this song submitted for a film soundtrack I was working on awhile ago and fell in love with it. She also plays in the all girl band for Jack White. Soooo...she is pretty badass.

I had the privilege of visiting a scoring session for this film and it was epic. Can't wait to see it later this month.

I have a crush on this girl...don't tell my wife.

I wouldn't classify myself as a huge VW fan, but I'm digging this new single.

Kinda sounds like a Thom Yorke/Radiohead thing going on here...and that is never a bad thing.

Waiting to hear this on a commercial. Maybe it already is.

Their debut album, The Year Of Hibernation, was one of my favorites. The new album, Wonderous Bughouse, is still growing on me, but this track is a winner.