Be coy and let him come to you, or be cheeky and go up to him first? Would you rather risk letting the opportunity go by, or chance potential bruising to your ego? It’s a toughie. 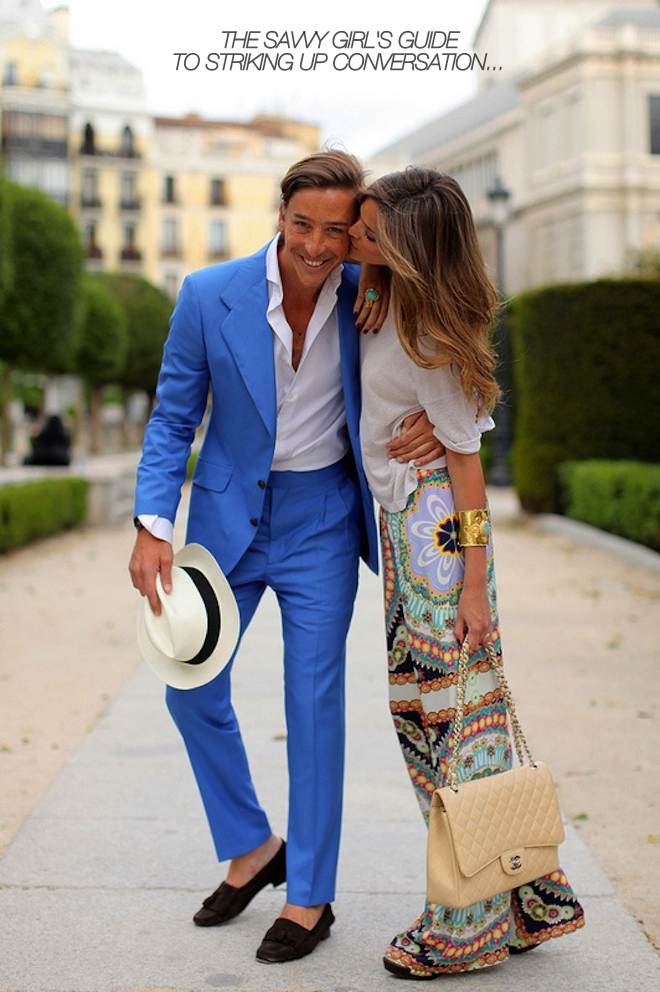 Approaching people you don’t already know can be intimidating, but going up to some hot tottie you pass in the scene then trying to give off the vibe that you’re interested all the while trying to be witty but still trying to be nonchalant so you don’t seem like you’re trying really hard…is a doozie, to say the least. What’s a girl to do? There’s no doubt that the rules of “The Game” are evolving, so I sought the advice of an expert, Professional Matchmaker Extraordinaire, Samantha Daniels.

What exactly is a “conversation starter”? Is it the look in your eyes, your body language, literal verbal communication? The truth is, everything counts. According to Samantha, “If you decide to chat up a guy, it’s just as much about body language as it is about what you say.” In the beginning, do whatever you are most confident delivering. Daniels shared an astute point, “Each woman needs to figure out what she has about herself that is really great and let the guys see that part of her; if you are not super hot but you are really funny, use that to your advantage. If your best friend is the blond bombshell that every guy is dying for, let her be that girl and you figure out what girl you can be that will make the guys die for you. Everyone has something special about themselves, you just have to figure out what your brand of special is and milk it to your advantage; you’ll see, a whole new group of guys will come to like you and appreciate you.”

So, if you know you’ve mastered the “Come hither” look, bat those lashes; if you’re most proud of your pearly whites, flash those babies and brighten the bar with that smile; if you’re a one-line sharp-shooting comedienne, chances are you start conversations all the time, so go over there and serve one up with whatever feels most appropriate for the setting.

Let’s keep in mind here that Daniels is known for her “uncanny sense of who works well with whom.” Heed her indication that, “it’s all in the ‘way’ the woman approaches. If she approaches in a confident and flirtatious way, the guy will be flattered and intrigued. However, if she approaches as if she is embarrassed to being doing so, the guy is going to disregard her completely. If you are the type of girl who doesn’t feel confident going up to a guy, then you are probably better just sticking with flirty eye contact and good body language so that he will come up to you.” Make moves you’re proud to be making, whatever they are. Then you won’t be second-guessing yourself in any way and can avoid radiating any kind insecure vibes. When he does come up to you (which he will because you’ll be irresistible), he’s letting you know that he’s interested, so take that flattering ego fluff and use it to your advantage.

On a personal interest note, I always want to know if it spoils the chase men seek when you initiate interaction. I often wonder if the opposite sex reads that one as alluring confidence and “Oh, hot. She came up to me.” or slight desperation and “Ehh, she’s too easy to get. I’ll wait for a more difficult catch.” Samantha pointed out that, “just because you approach him first, doesn’t mean you can’t let him chase you thereafter” Get the ball rolling and then dangle said ball in front of his nose for a while before you let him know how much you really want to play.  To sum up:
Getting the ball rolling = giving him a provoking smile / “Come hither” eyes / witty banter / whatever your secret-sexy-superpower is.

The bottom line is, if you feel like a goddess you act differently than if you’re skeptical of your wardrobe choices / the new eyeliner you randomly wore and hate for no particular reason / whatever-makes-you-unnecessarily-doubt-your-amazing-self. If you’re on the prowl, swing the pro-player’s luck to your side of the room: sport whatever highlights your favorite parts of yourself, carry your head high, exude confidence, and be yourself. You’re a catch; so act like one. And don’t be shocked when boys all of a sudden start flocking to your corner.  Who knows, you just might end up like these two: 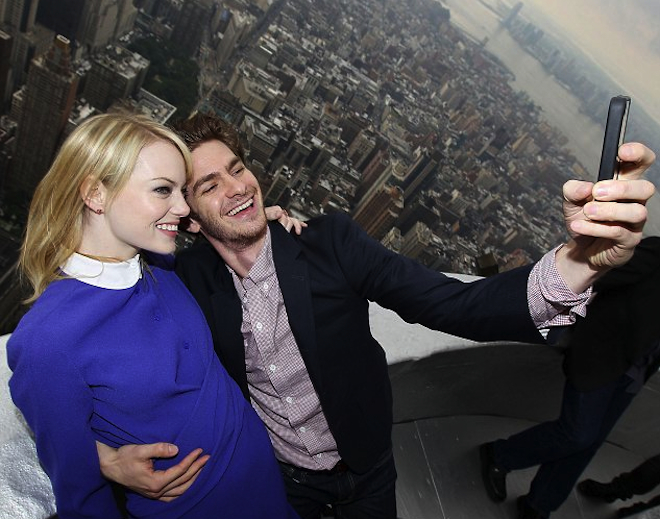