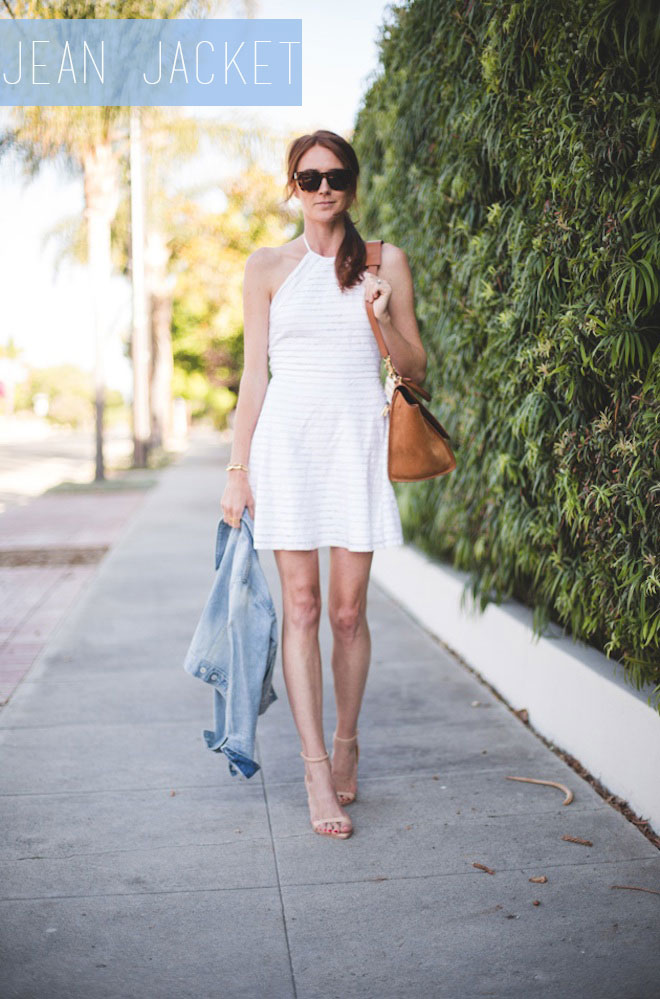 Few things are as effortless chic in the summertime than a great day dress.  Now that it's officially mid-July, though, chances are you've made your way through your arsenal of them at least a few times.  We had so much great feedback on this summer dress post, that we thought we would give you three new ways to freshen up your line up of easy frocks.  First up?  Samantha from Could I Have That in a simple white number with a distressed denim jacket.  Practical, effortless, and oh-so-chic as always... 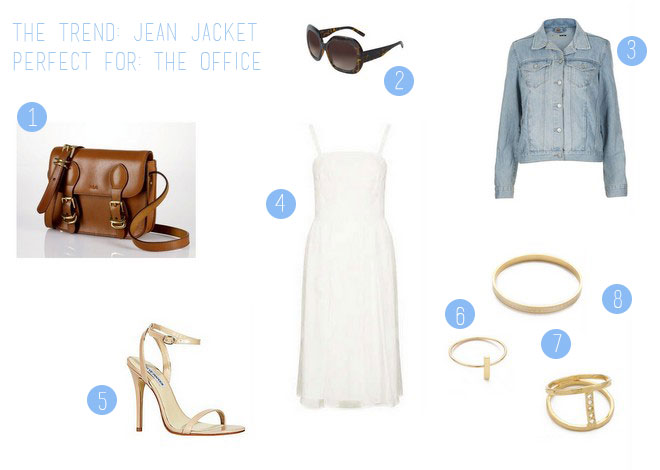 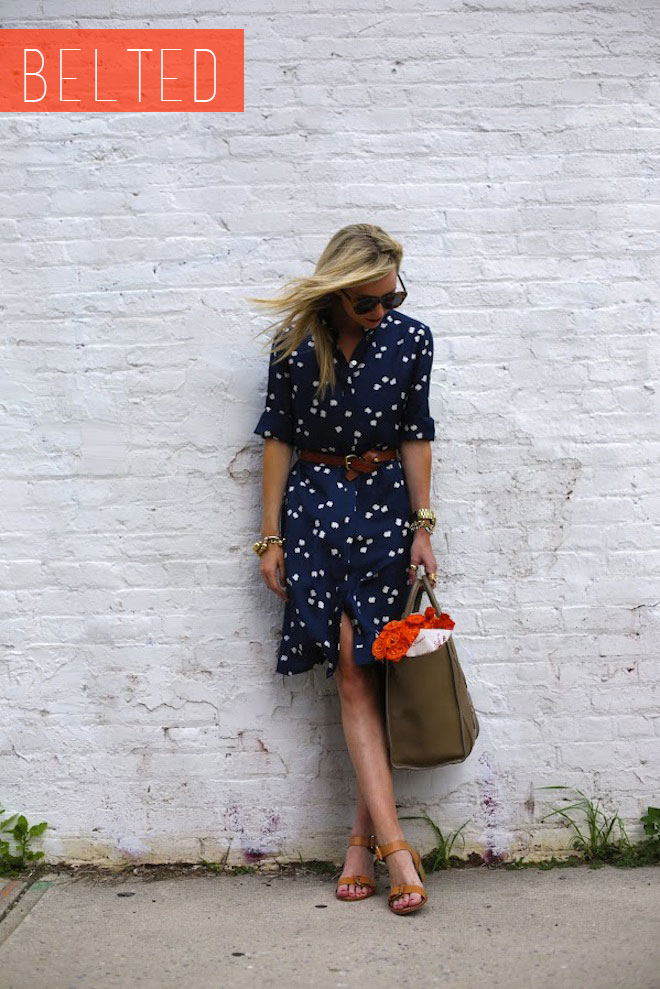 This one is the oldest trick in the book, is it not?  A belt added to a drapey, printed vintage-inspired dress gives you a waist and the look an added element of interest.  Love this ensemble by Blair of Atlantic-Pacific! 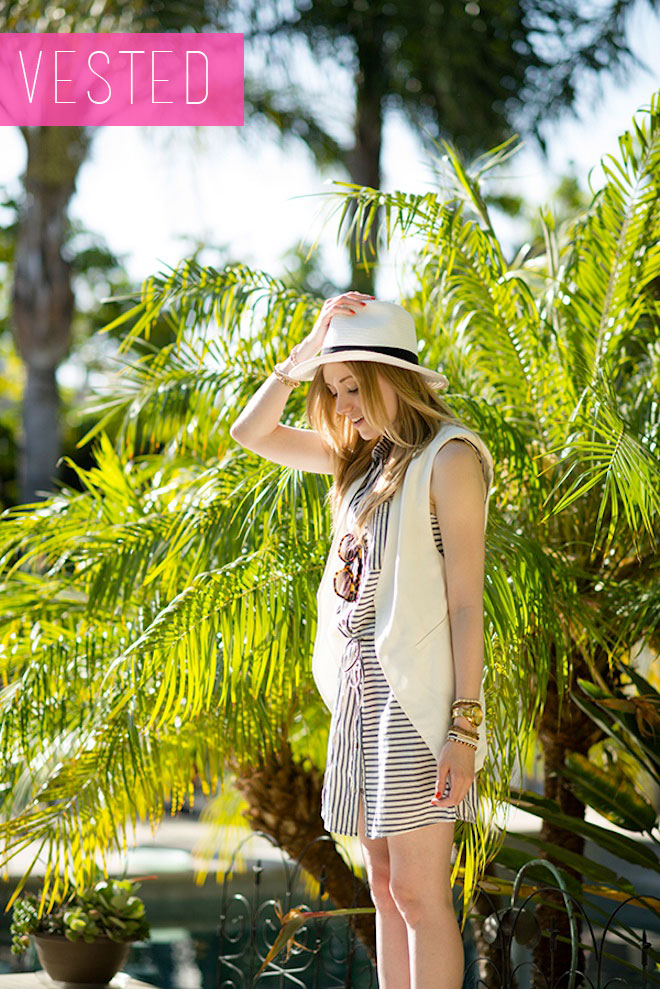 I didn't own my first vest until I moved to LA.  It all began with a simple denim vest I picked up at a shop in Santa Monica and continued when I discovered a vest jackpot at a thrift store in the valley.  They can add shape to an otherwise shapeless dress and also give it a really chic bohemian vibe. I love this cream one that Kimberly from Eat.Sleep.Wear. added to this striped little number. 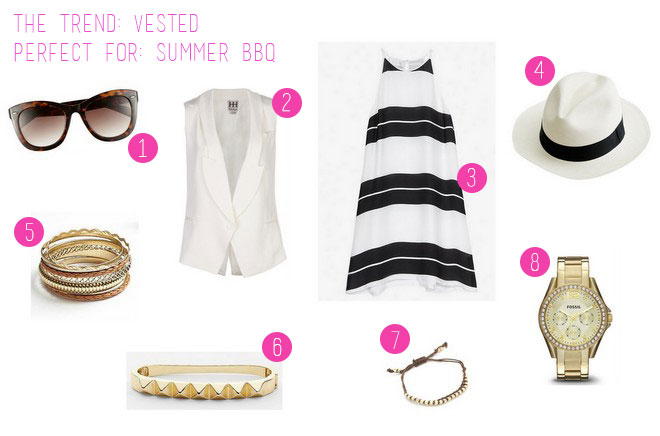 Hope this helps to get you through these sultry, summer days!  We are headed to Shanghai today and I am keeping my fingers crossed there are cool breezes waiting.  Regardless though, I cannot wait to explore the streets and restaurants.  Any recommendations?  For more images from China, you can follow along here!