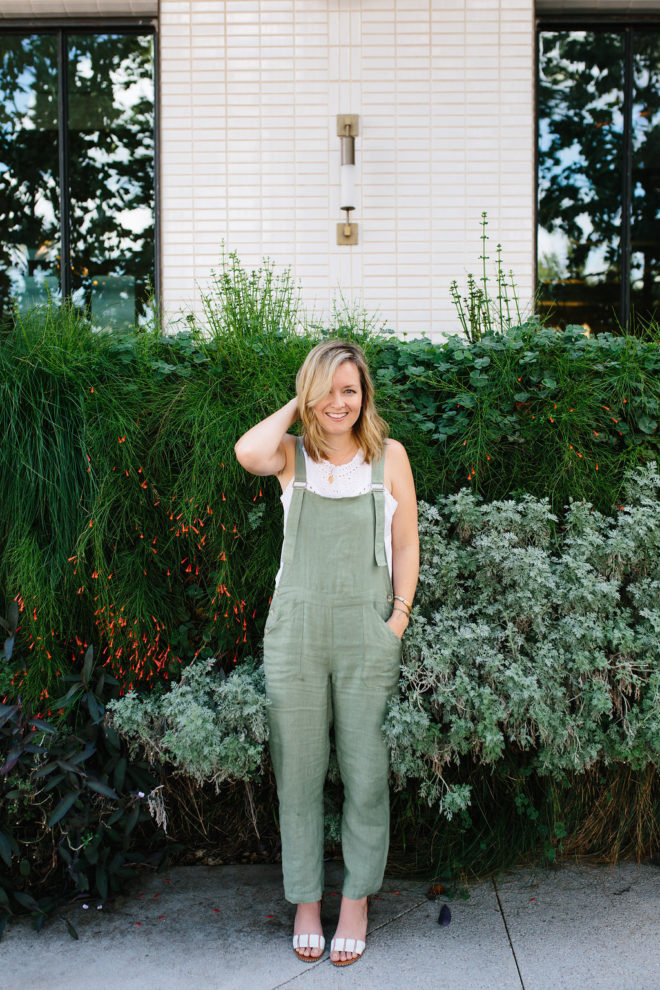 Like a lot of people right now, I'm waiting for the seasons to change. Not so much in an anxious way (okay, sometimes in an anxious way), but more out of curiosity.  I've spent the last ten years in the land of endless summer and am so interested to know what it will feel like when we step out the door en route for Parker's school and feel the crispness in the air for the first time.   (I've also questioned my rational for buying very summery, linen overalls just before said season change, so I made sure to get them shot before the temperatures dropped!) While seasons may come and go in a very expected fashion, marked with some accuracy by the calendar, life seasons are a little more unpredictable, aren't they? 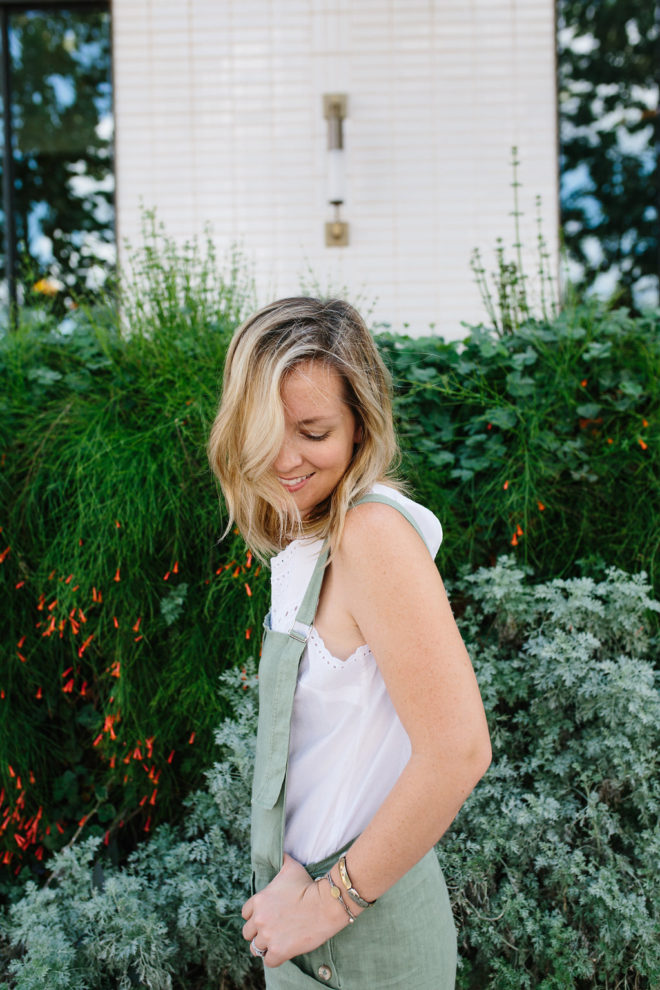 They can come and go or change or stay very much the same for an extended period of time.  Sometimes the circumstances are very much in our control and sometimes they're just not. We are in an interesting season right now-- living with my parents while we build our house.  It means a lot more time than usual spent commuting into the city and that the majority of our belongings are in storage, but it also means nearly a year that Parker will get to spend with my mom.  It means balmy summer nights picking peppers by the handful in her vegetable garden.  It means getting to share a bottle of wine with my mom on a whim.  I'm sure my mom must think twice sometimes when there's a toddler running amuck around the house, leaving fake stethoscopes and faux otoscopes in her wake.  It would be so easy to think of this as just time in between seasons-- as liminal space, but I'm doing my best to relish it, to think of it as a season all it's own with so much value. What season are you in right now? 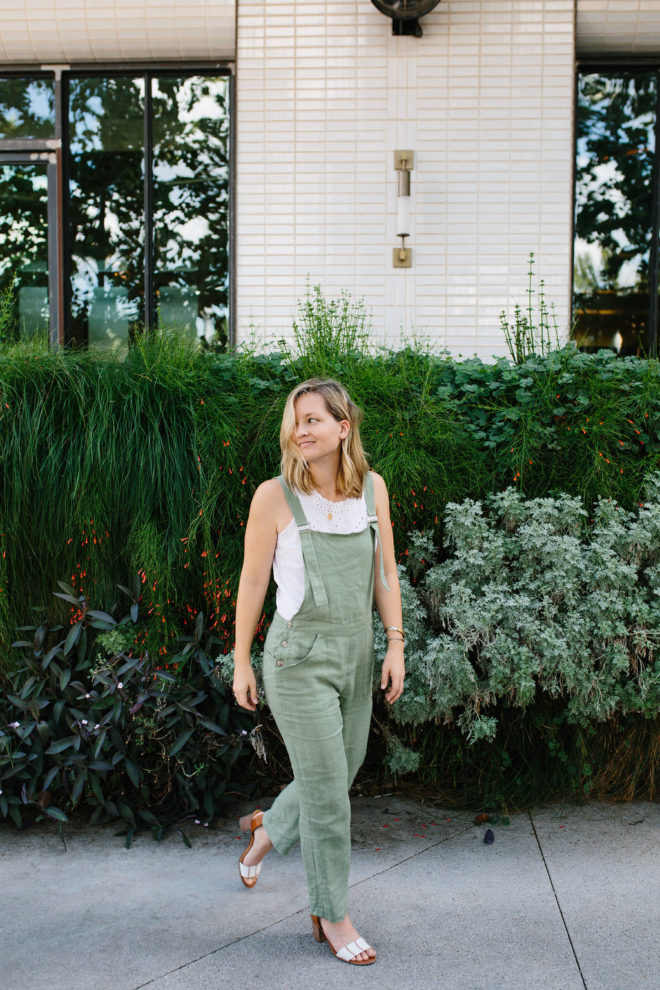 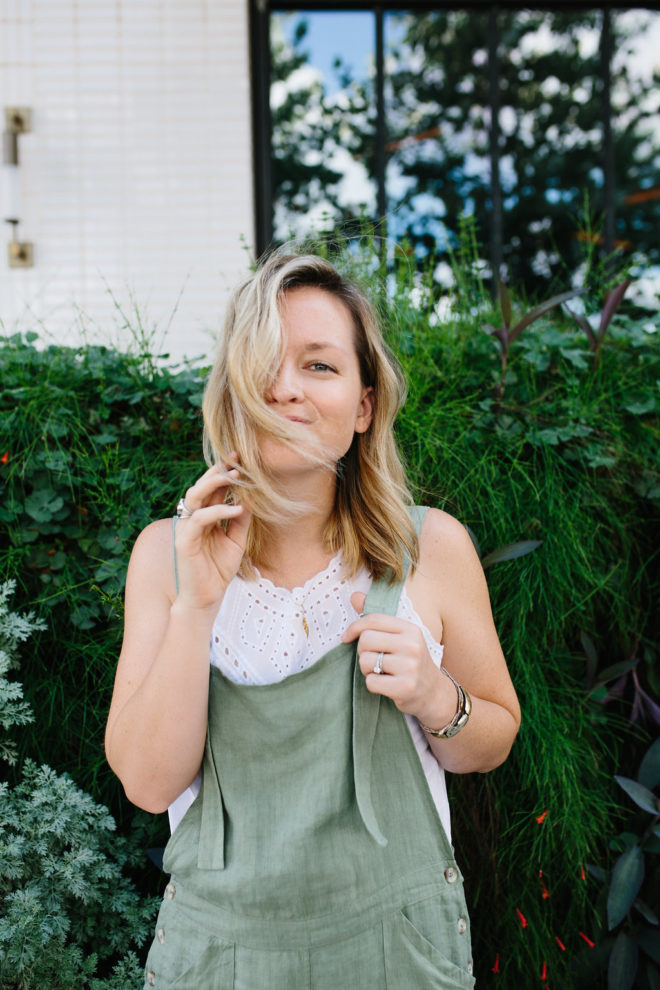 PS. I'm certainly going to try to layer these linen overalls with a sweater, but should that not workout, at least they had one last hurrah!