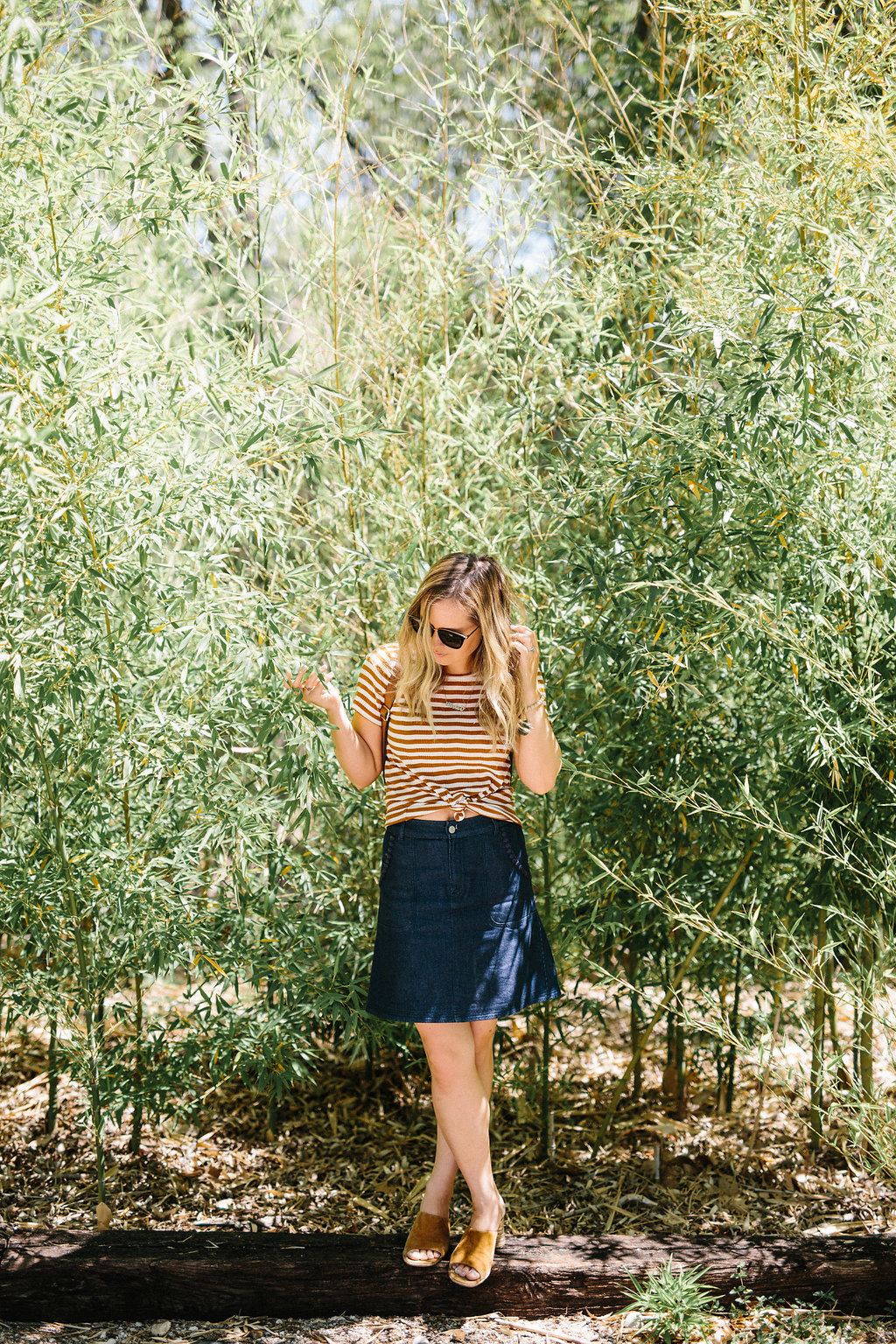 I know that it's summer here in Austin, not by the recent temps in the high eighties or the inaugural mosquito bites that I've received as afternoons creep towards dusk, but by the three text inquiries I've received from friends in the last week asking if I have any recommendations on good shorts-- of the wardrobe not stock market variety.  I went boldly to respond to the first and then realized... I didn't. One friend even called me out saying, "This is your job!"  If I'm being honest, I have one pair of J. Crew selvage denim shorts that are at least five years old, and then I've been making it work by rotating this jean skirt with another black one that I have.  I have plans for a shorts round up-- especially shorts that feel mom appropriate, but also not like you're at a conservative high school summer camp.  In the meantime, though, have you given any thought to the jean skirt?  It's kind of my favorite right now... 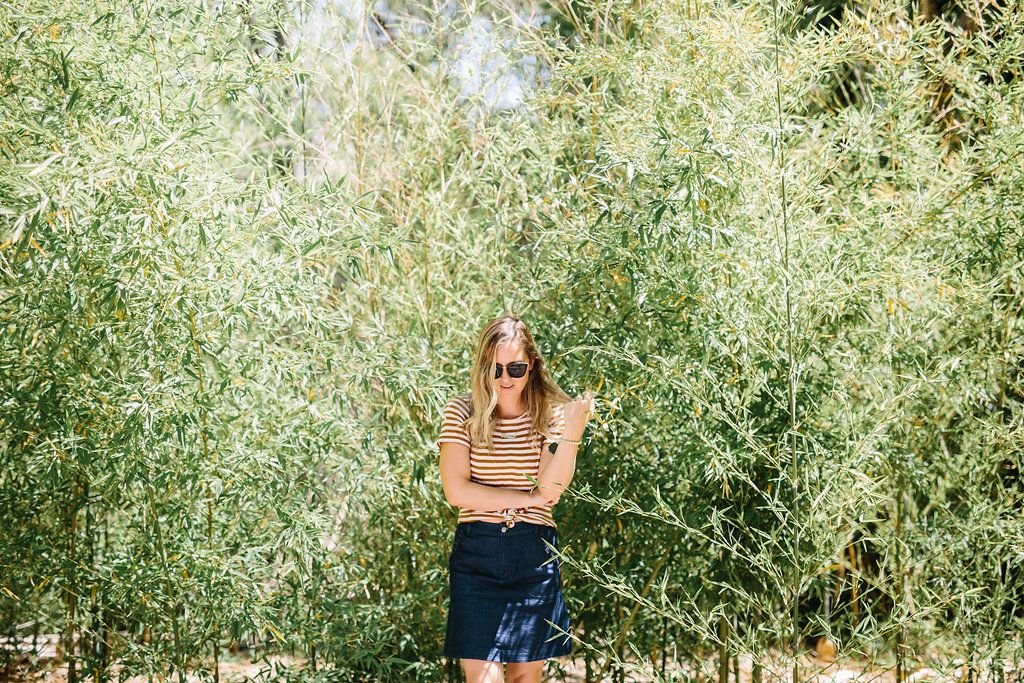 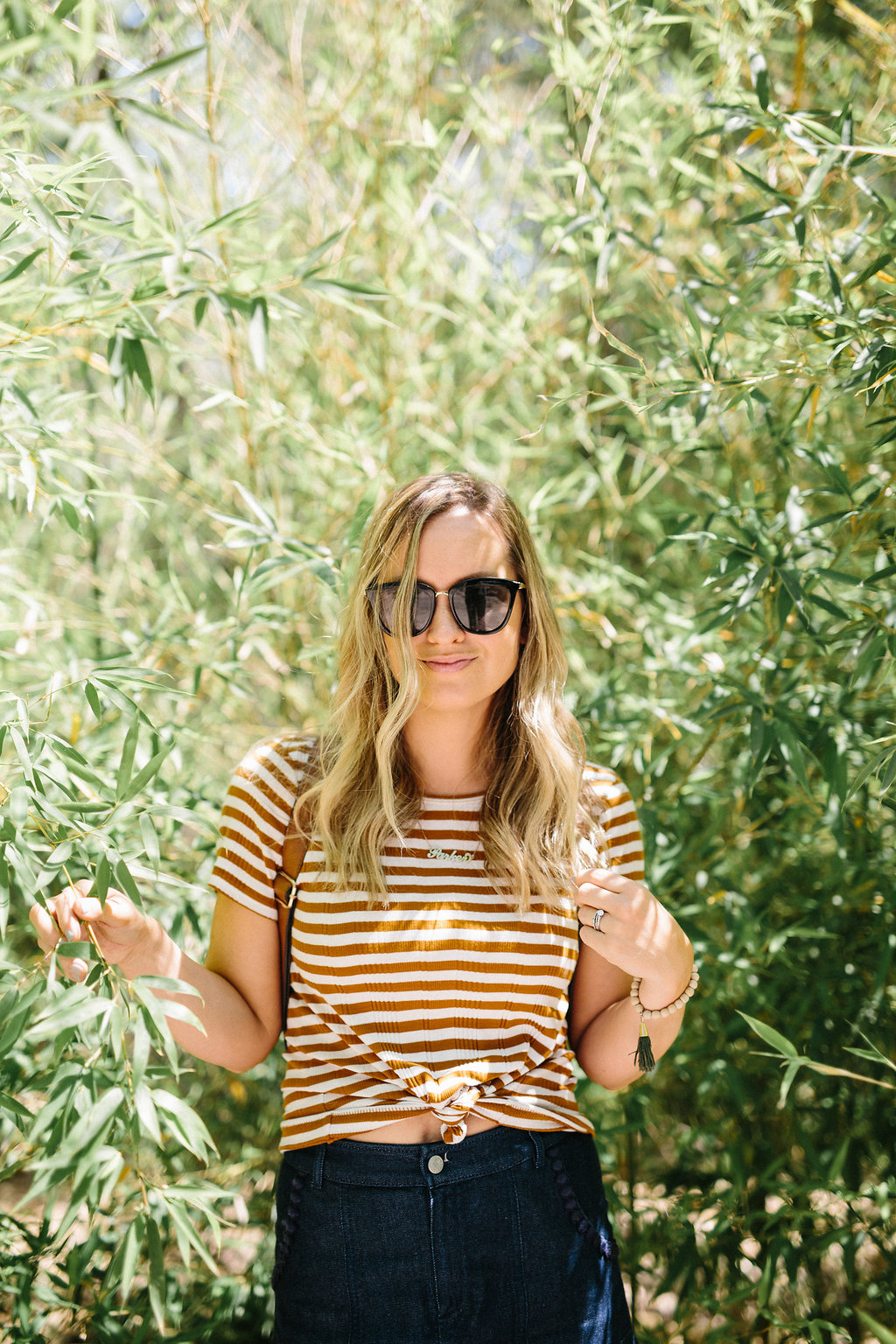 In addition to mentioning that I had zero idea that my belly button was showing in these photos, I should also mention that if I weren't breastfeeding I would be relying heavily on dresses as the temperatures warmed, but separates can feel a lot more fun and sometimes less fussy for chasing around little ones or being on the go. 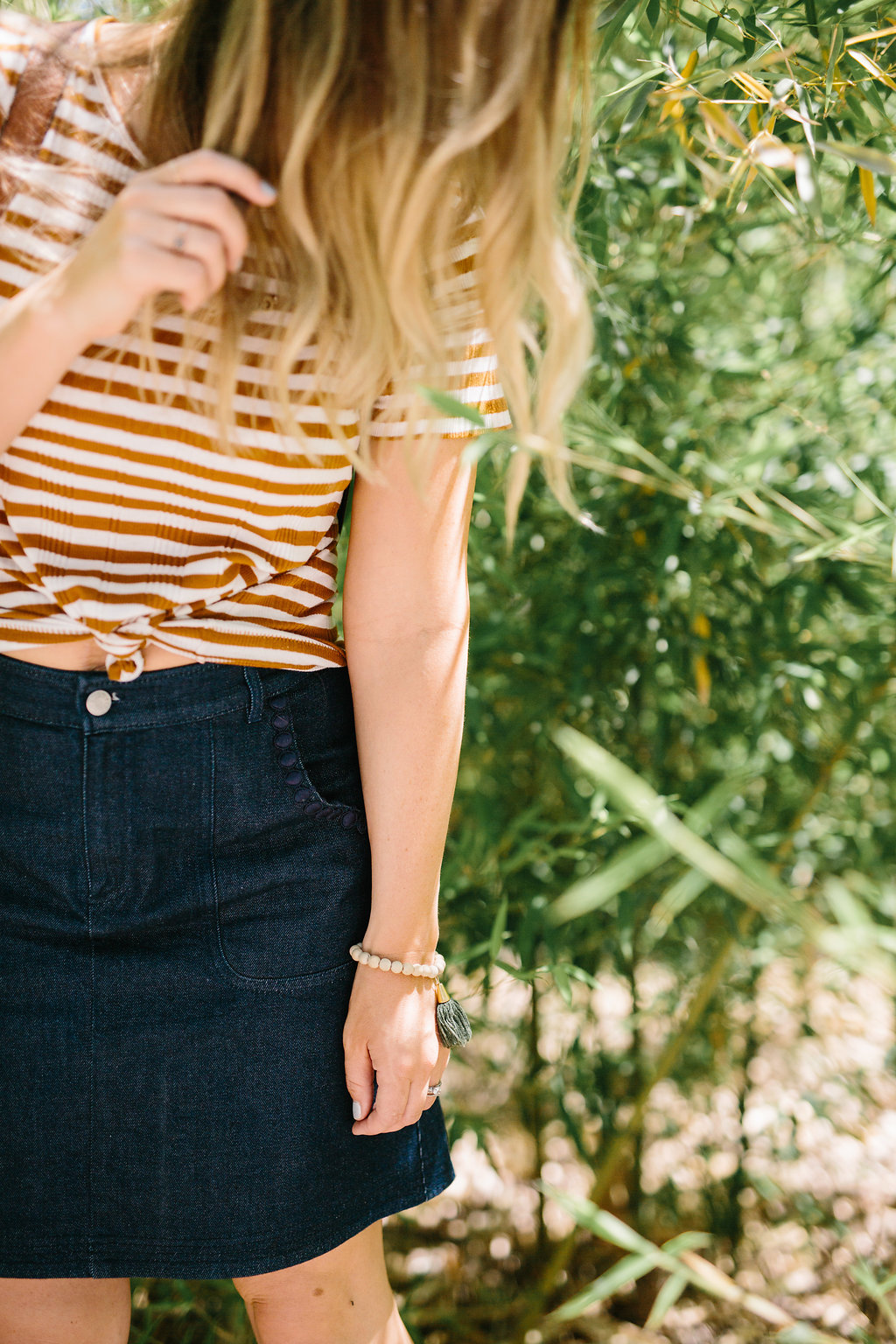 You guys-- a mosquito caught in the act right there! Can you believe!? Before I had kids I never got bit by mosquitos and now inviting me to a party is like the best way to make sure you yourself don't get bitten. 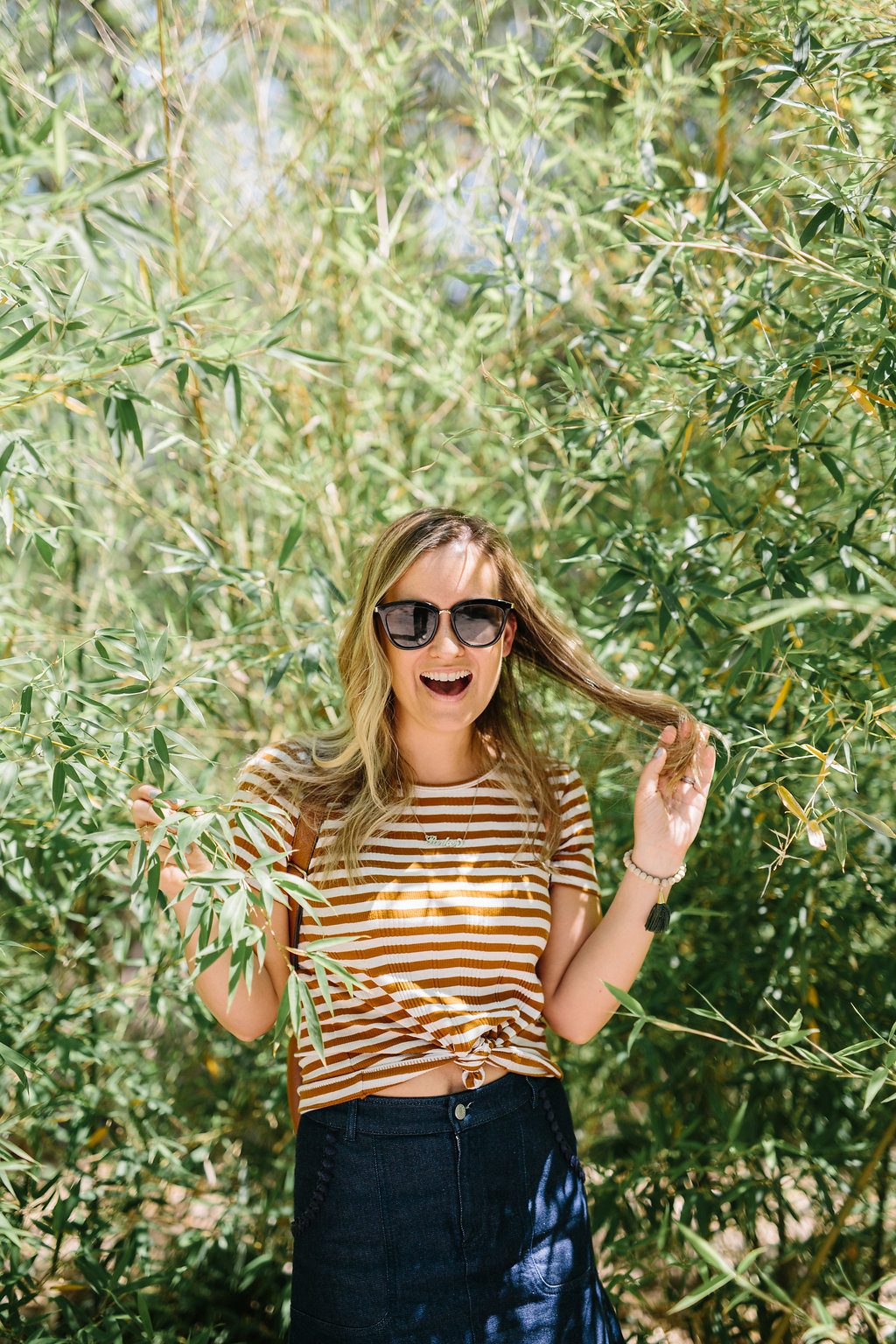 What say you on skirts vs. shorts?  Where have you had the most luck short shopping and what are your requirements when it comes to shorts? Asking for a friend... actually make that three. 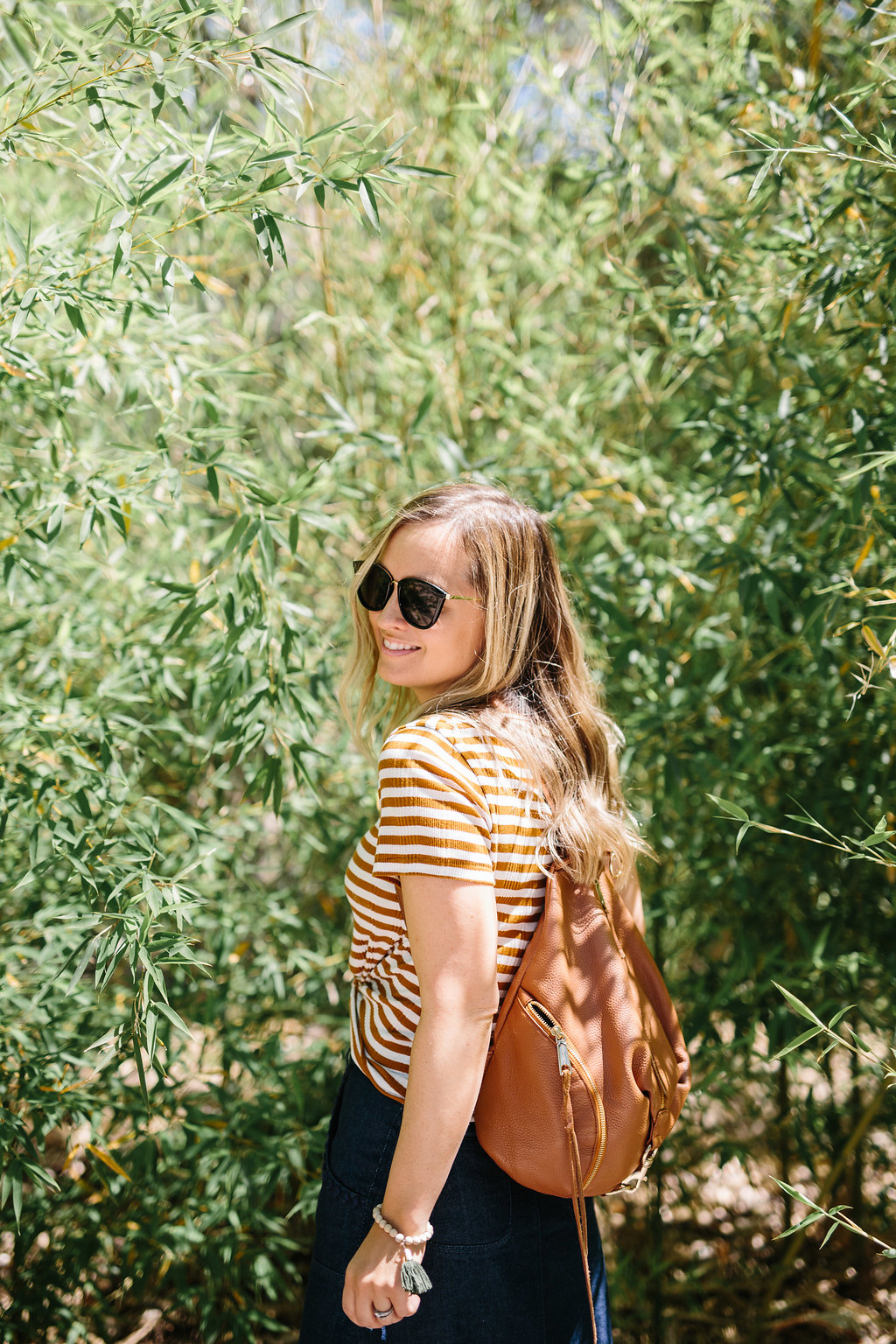