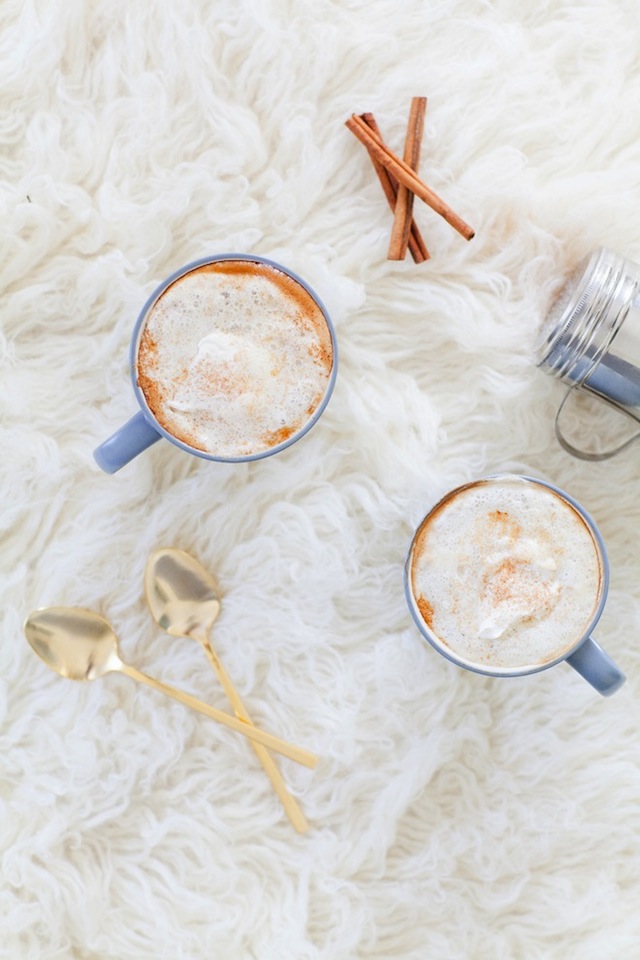 Fall has finally reached us here in Southern California and it is divine!  We field tripped to the pumpkin patch this weekend and took the obligatory photo of Parker in full Halloween attire. While these pumpkin muffins were in the oven yesterday morning, the smell of cinnamon and sugar permeated the house and the next you know I was whipping up these snickerdoodle lattes.  I'm fully aware that the pumpkin spice latte is king this time of year, but, dare I say, I prefer this sweet cinnamon number to the psl.  It's super simple and will have you skipping the Starbucks drive-thru all week long.  Promise. 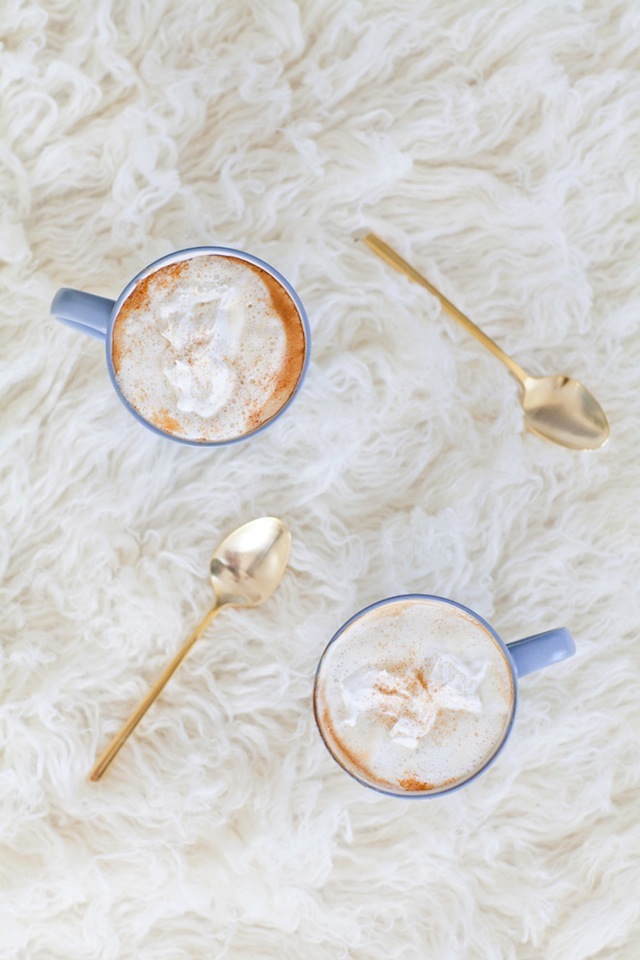 Bring water to a boil.  Add sugar and cinnamon sticks and reduce to simmer about 10-15 minutes to create your cinnamon simple syrup.  (This is the longest part of the process, but this syrup will be good in your refrigerator for up to two weeks!)

Warm milk using a milk steamer or stove top then froth the milk until the consistency thickens.  You can also use a Nespresso Aeroccino which does both at the same time.

Pour two shots of espresso (or extra dark roast coffee if you don't have an espresso machine) into each mug then add steamed milk.  Add 1-2 tablespoons of cinnamon simple syrup to each mug then top with whipped cream and ground cinnamon. 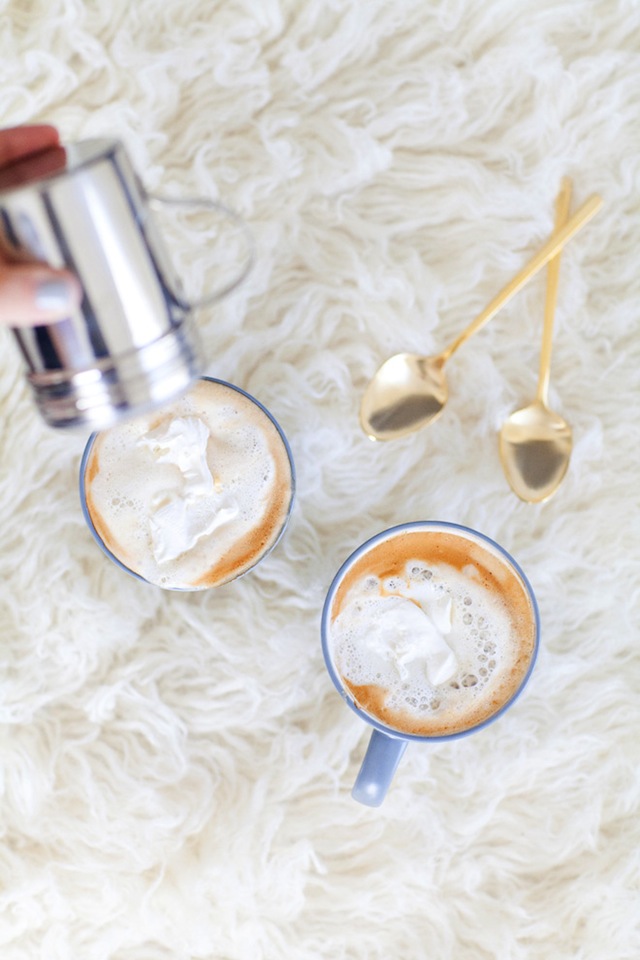