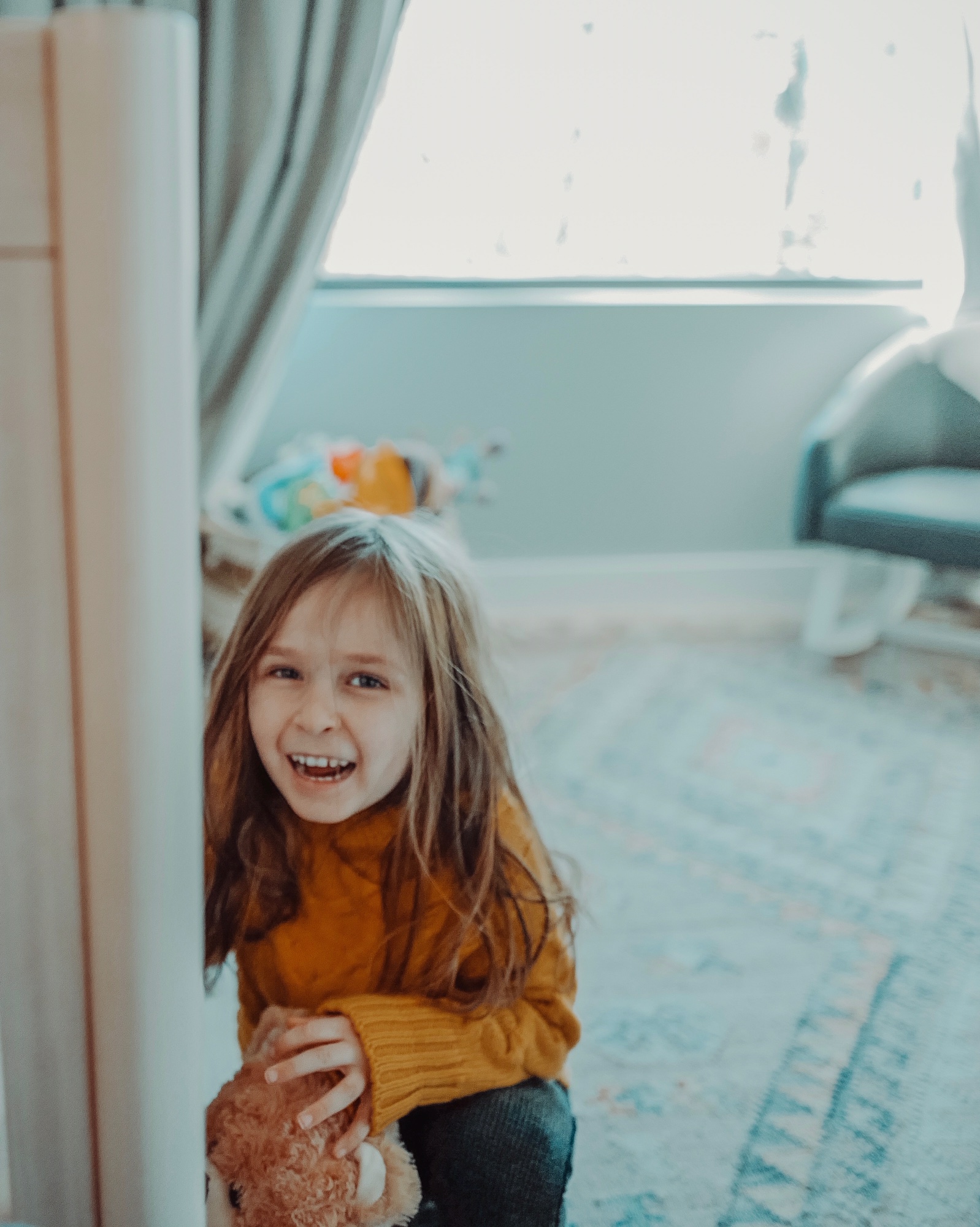 …And just like that, we’re back! If you’re a recent reader, this might be your first interaction with our Real Talk with Real Moms series, but if you have known your way around this site for some time you’re likely already familiar. This series started when Parker was less than a year old and I found myself thinking how useful it would be to be able to read a variety of perspectives from a variety of mothers on the same parenting topic. Basically what the group texts looked like with my mom friends, but in search friendly blog format. What pacifier worked for your babe? How did you get her to take a bottle? Why is she cluster feeding?! (You can fall down the rabbit hole of all of the topics we covered in the past here.) 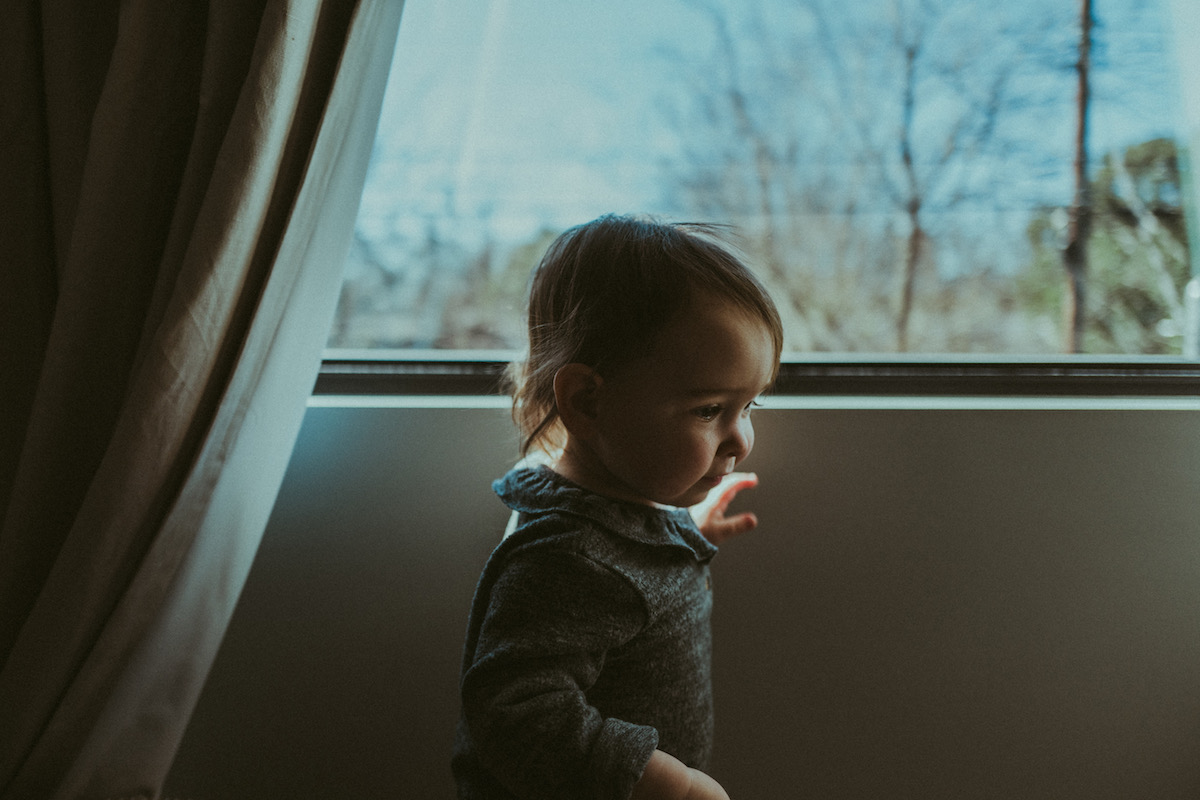 It’s the same group of gals this time around, plus a couple new faces and, as you probably guessed from the title, we are chatting all things screen time and play ideas. (There is one form of play that has been huge in minimizing screen time for us, but I’m getting ahead of myself!) The full post is below and be sure to check out the posts from these lovely mamas, too: 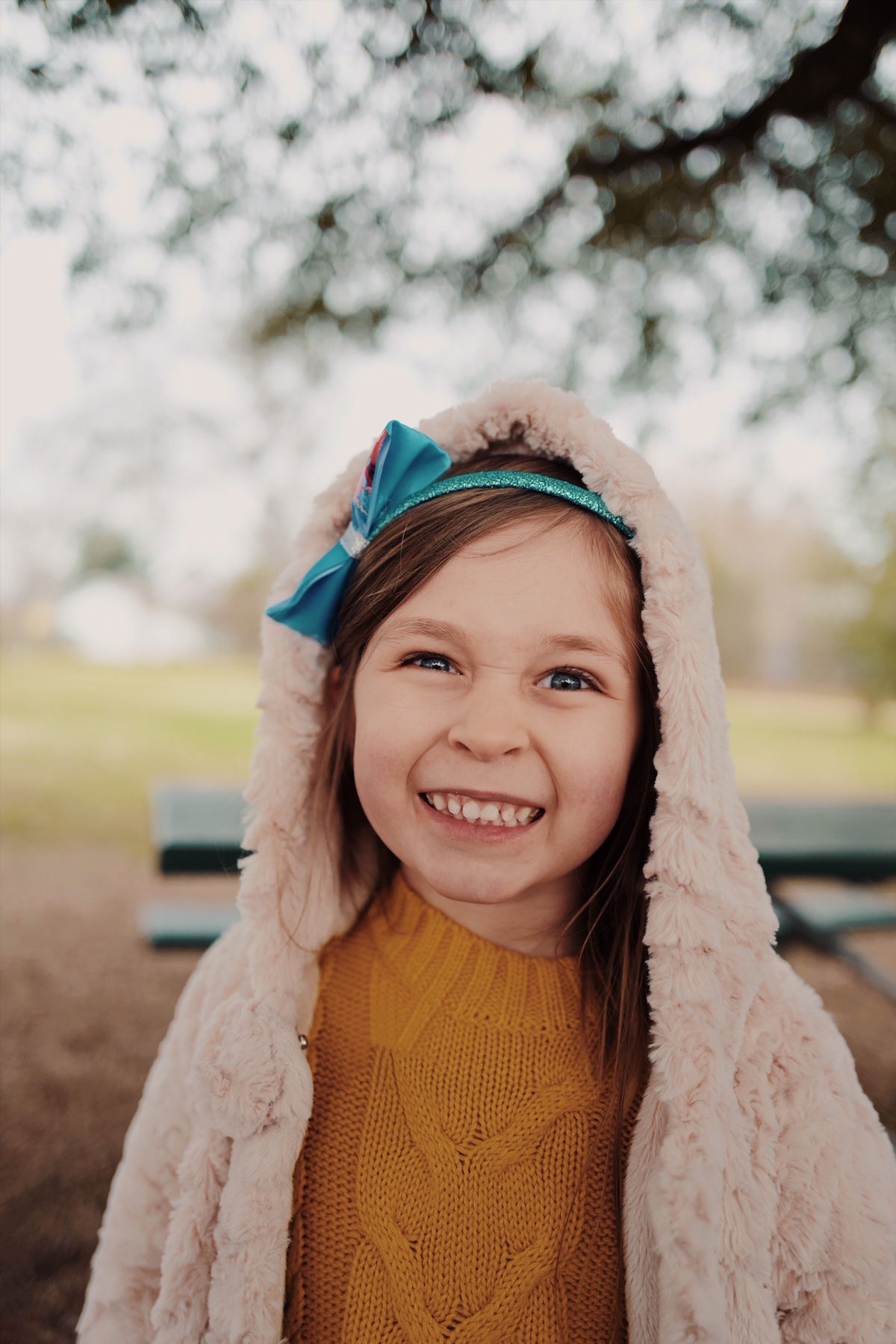 (Also, if there’s a topic you would like for us to cover, leave it in the comments at the end of the post!)

I feel like I should begin this post by letting you know that I hold the following to be true: I don’t believe that screen time is innately bad. I have a similar belief about chocolate. But, like chocolate, I did notice that too much screen time had an effect on Parker’s (4.5 years old) personality. I began to feel like there was a place and time for it, but that there were so many other things that she could be doing that would make her happier than sitting in front of a screen did. 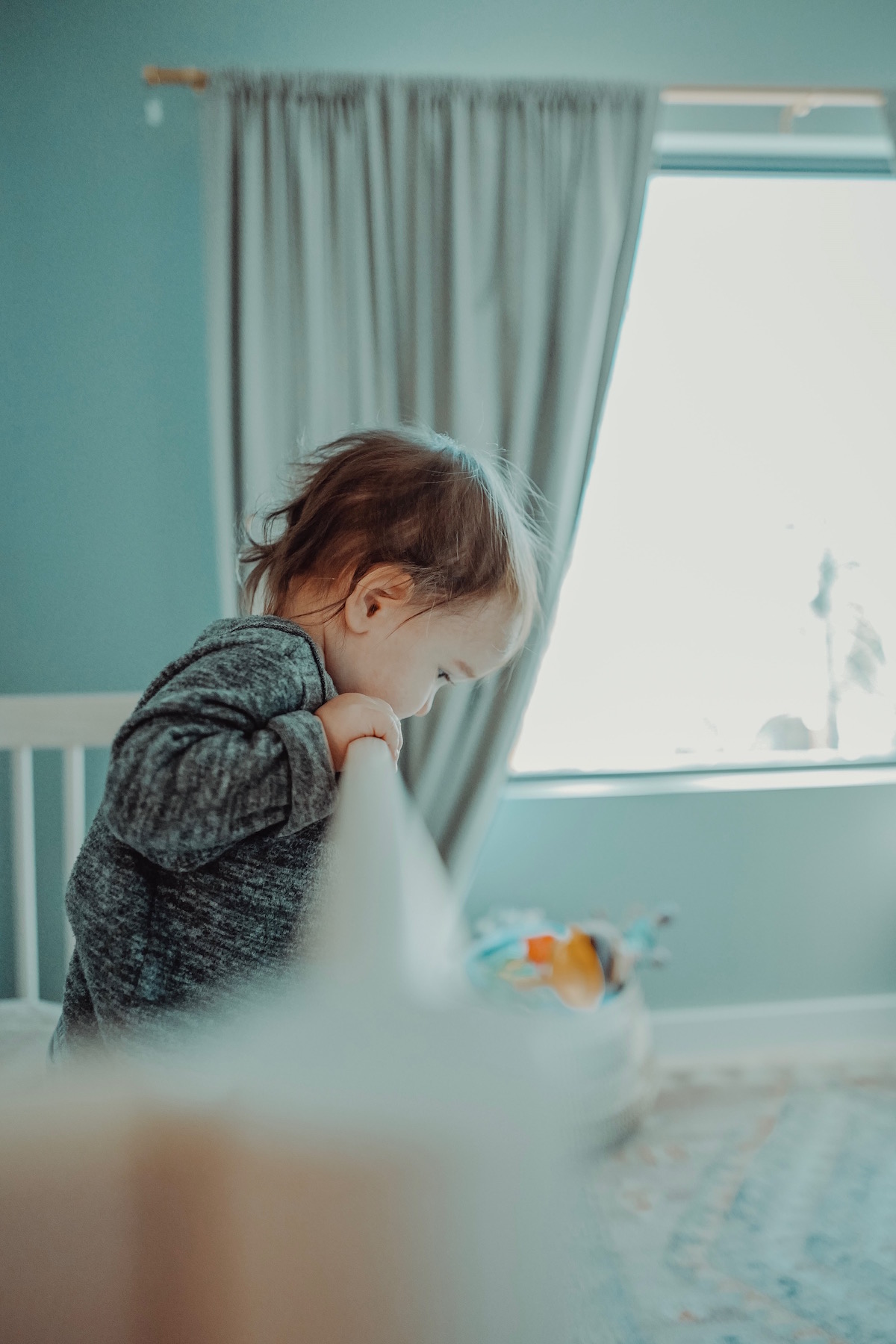 This realization came when she was three years and four months old and not by coincidence. Ever was born and Aaron started back to his usual grind of a travel schedule. The television became my babysitter and is to this day the most effective form of bribery. I began to find my new normal as a mom of two, though, and, as I observed that the entire family knew way too many Disney Jr. songs by heart, decided I needed to set some boundaries on screen time which we still use to this day: 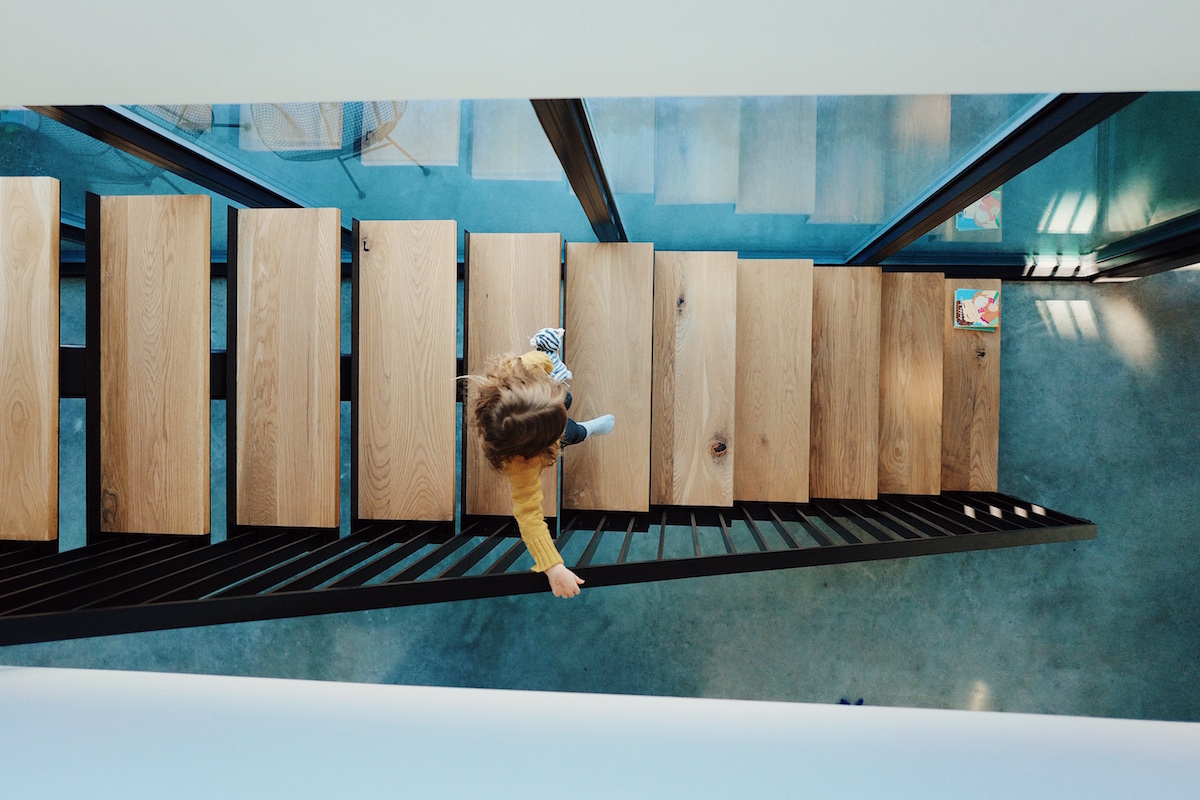 No screens during the week. None, nada, zilch, zero. We almost never veer from this. Between school and work, the time we have with them is already too short and she’s normally more exhausted on those days, too. The combination of a sleepy kid and one of us turning the tv off became a nighttime battle that I didn’t ever want to fight again. 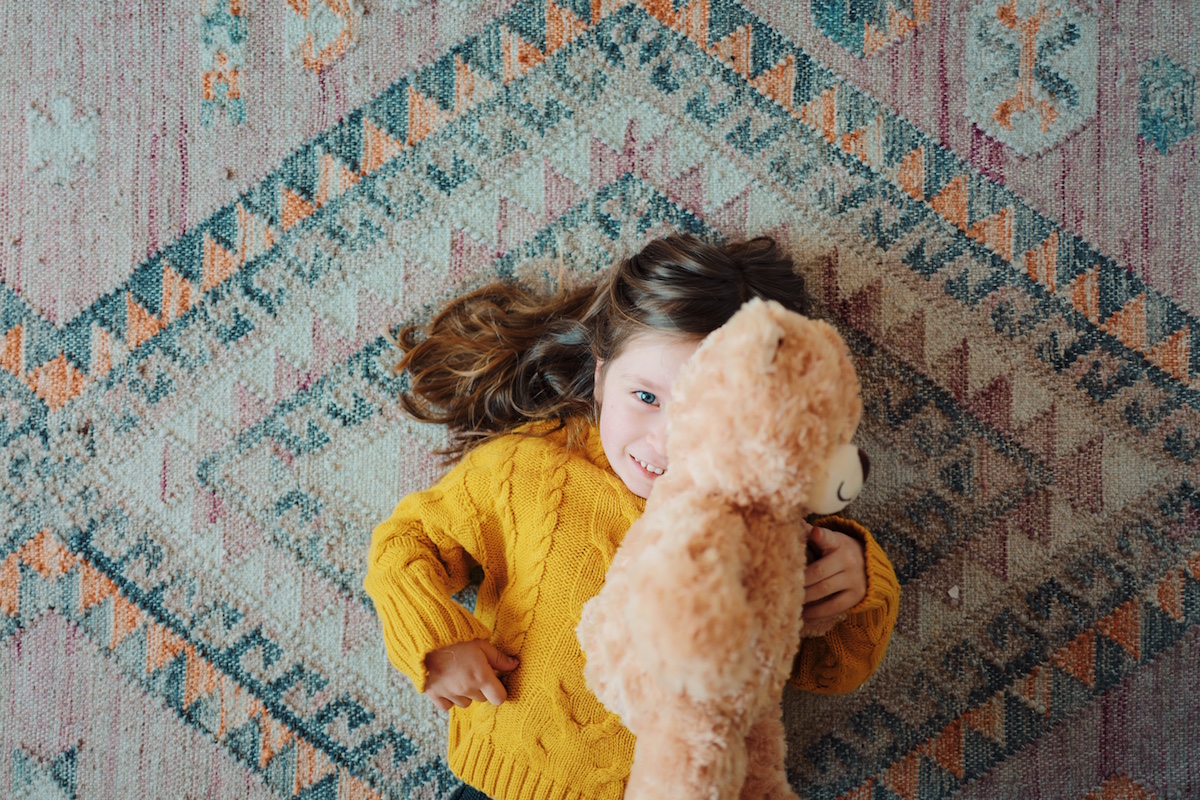 We choose the shows. This sounds obvious, but even some of the age appropriate ones are just the worst. (I’m looking at you Barbie!) We love Earth to Luna on Netflix and a good Disney / Pixar movie.

Ever (17 months) has zero attention span for TV. I was once so desperate that I turned on a puppy show—a show of real-live-so-adorable-you-could-die puppies—on Netflix and she couldn’t have cared less. This is a girl who loses her mind for puppies just about any other time they come within 10 yards of her. Parker definitely had an attention span for TV at Ever’s age. We took her to Disneyland at the age of 14 months and she definitely knew who Mickey and Minnie were and was already fan girling over Anna and Else.

"Here's the great irony: I always felt like television was buying me 15 minutes to make dinner, pick up the house, get ready, whatever it was. Now that we don't really do television very often, they're accustomed to playing by themselves and I actually have so much more freedom to step away for 15 minutes and accomplish whatever it is that needs to be accomplished." 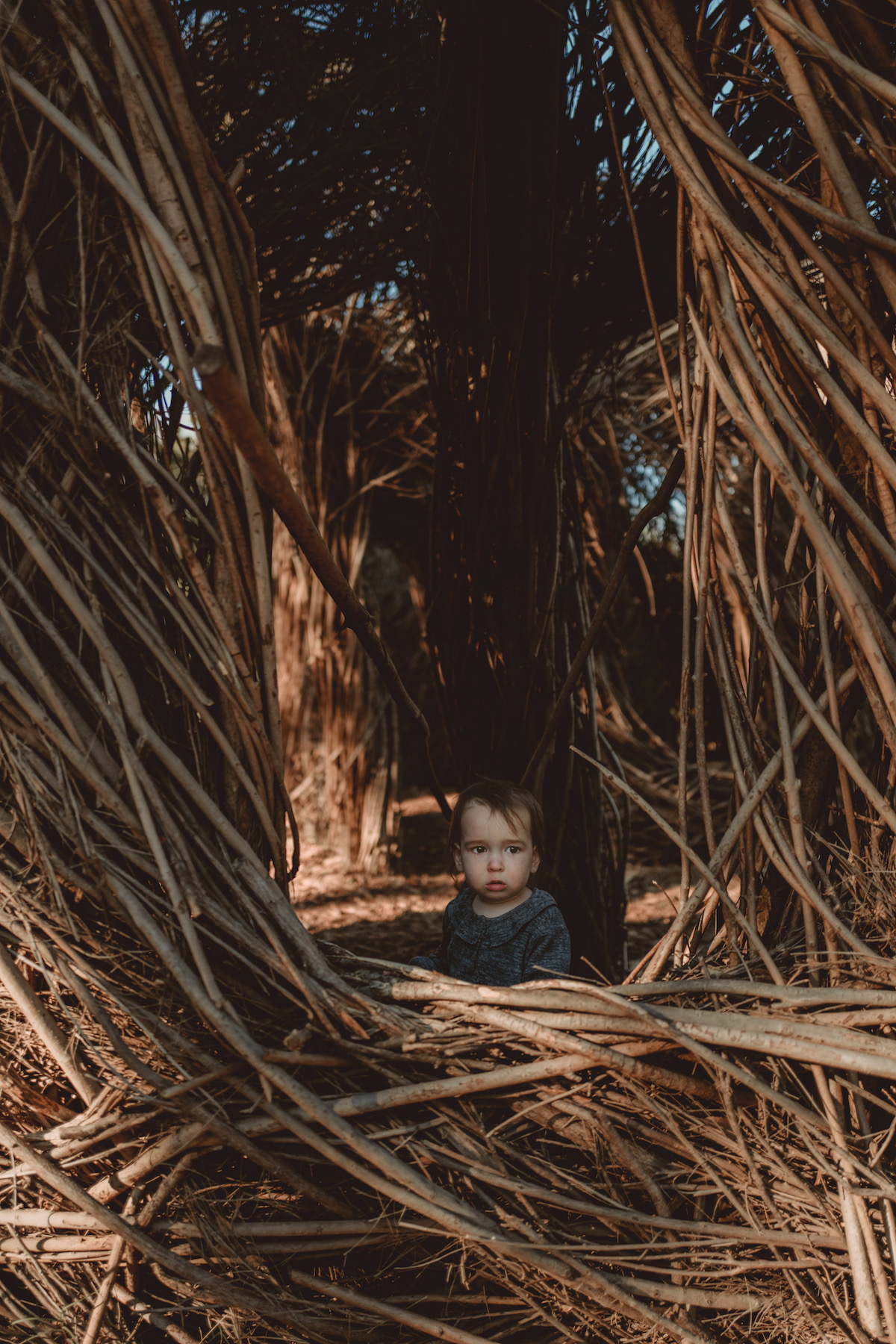 So when do our kids watch TV or play on the iPad? 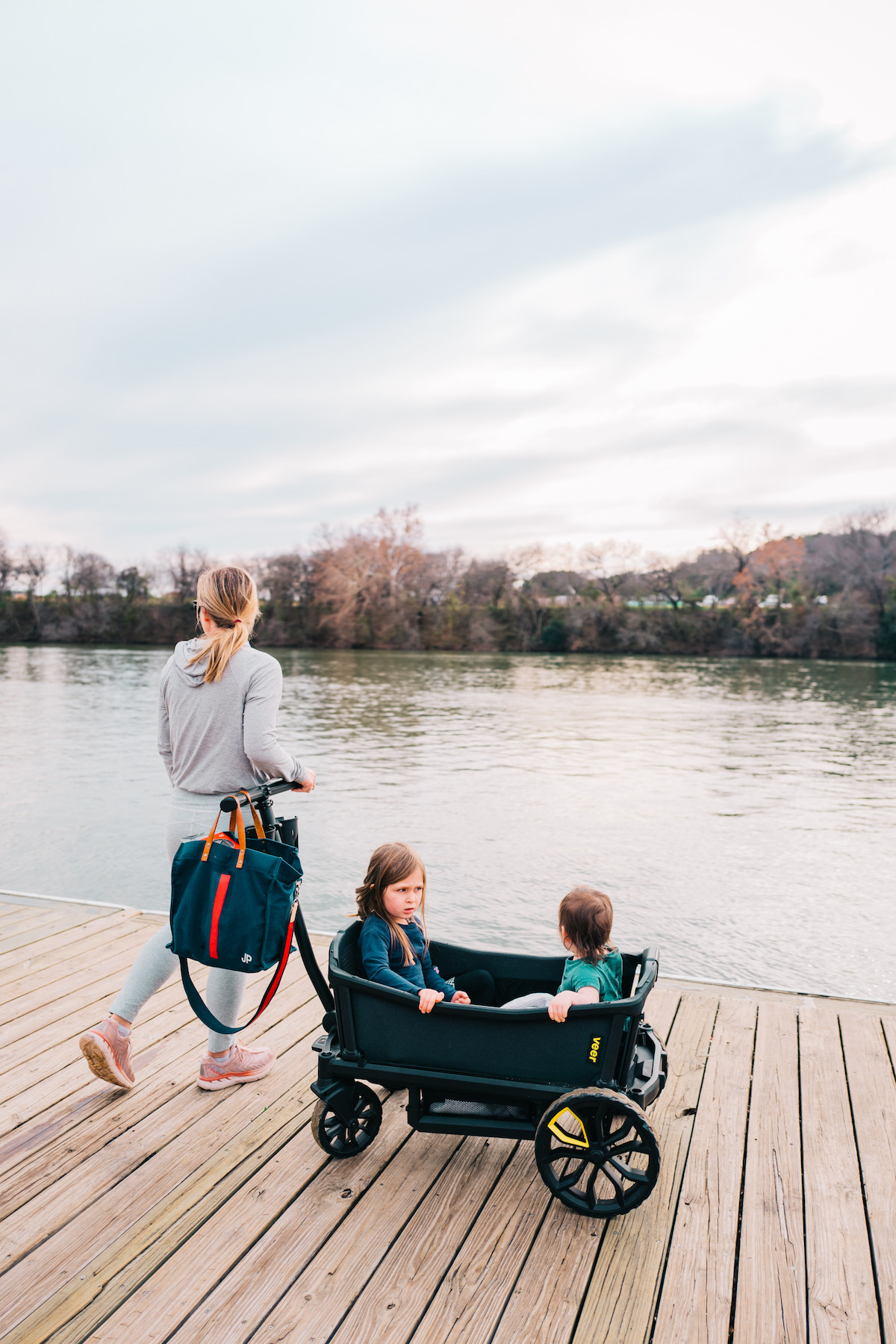 Otherwise, the only time Parker is watching a show or a movie is occasionally on the weekend while Ever naps. That would have sounded crazy to me two years ago, but the less screen time we watch, the less she asks for it. Some weeks go by without screens and it’s not even a conscious decision anymore. Also, any time a new animated movie comes out, Aaron and I get a babysitter for Ever and take Parker on a date to see it. This all begs the question, what is she doing for play instead? 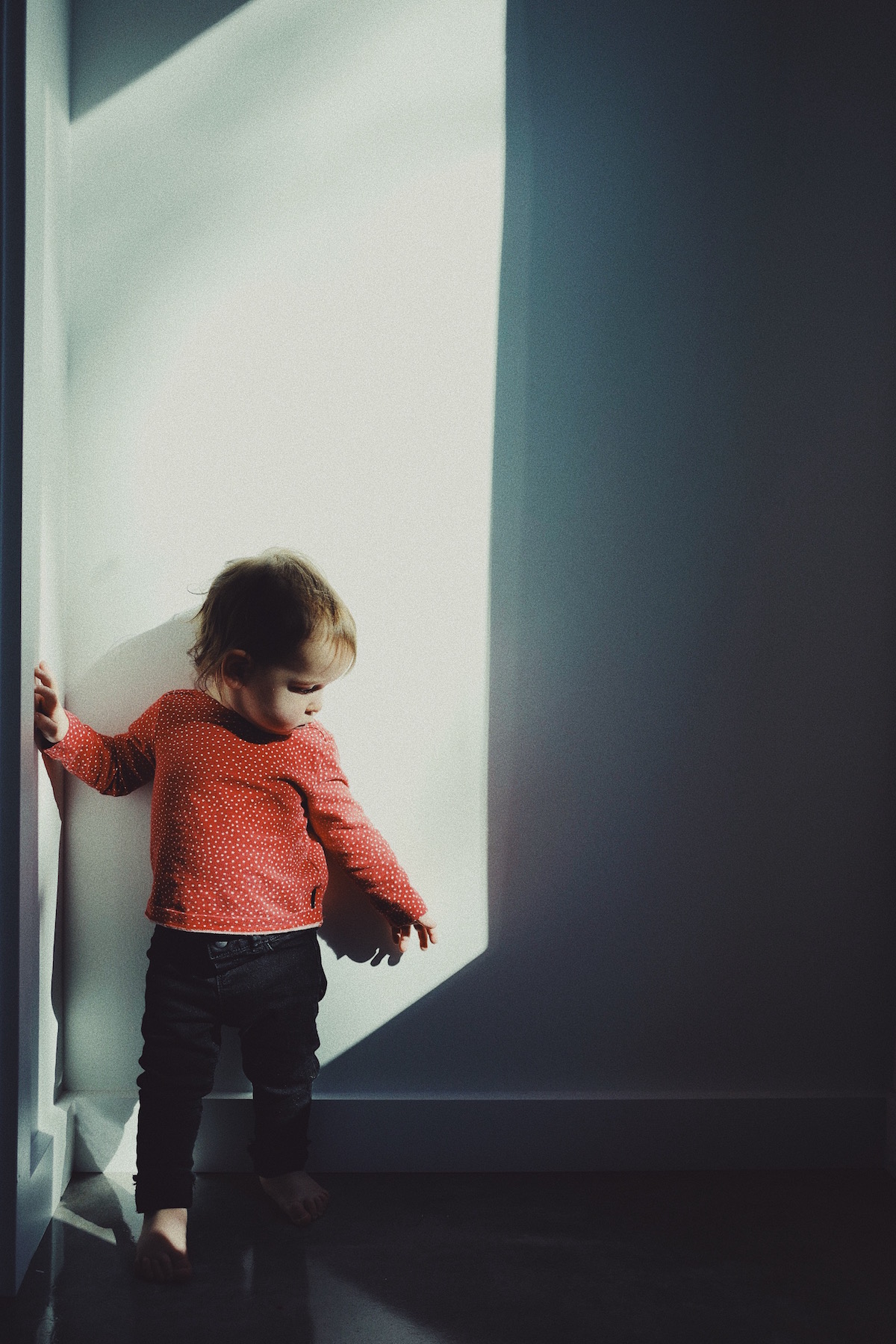 Puzzles have been the most game changing thing we have introduced her to. We started with little 18 and 24 piece puzzles but over this Christmas Break she finished one (over the course of many days) that had 250 pieces! She loves them. We keep them in their boxes near the kitchen table and she will normally go straight to a puzzle in the morning when she comes downstairs after waking up. (This is the Disney set of five that we have that she loves. She also found some Vampirina puzzles at the dollar store.) I kept her home from school one day after she had been sick but was now feeling better. I needed to work so we brought a puzzle to a coffee shop and she did it sitting next to me at the table.

She has paper, scissors, activity books, glue and crayons that she can access and put away on her own in our office and often times sneaks away there to play.

She loves riding her bike and her scooter around the neighborhood while I push Ever in the stroller. 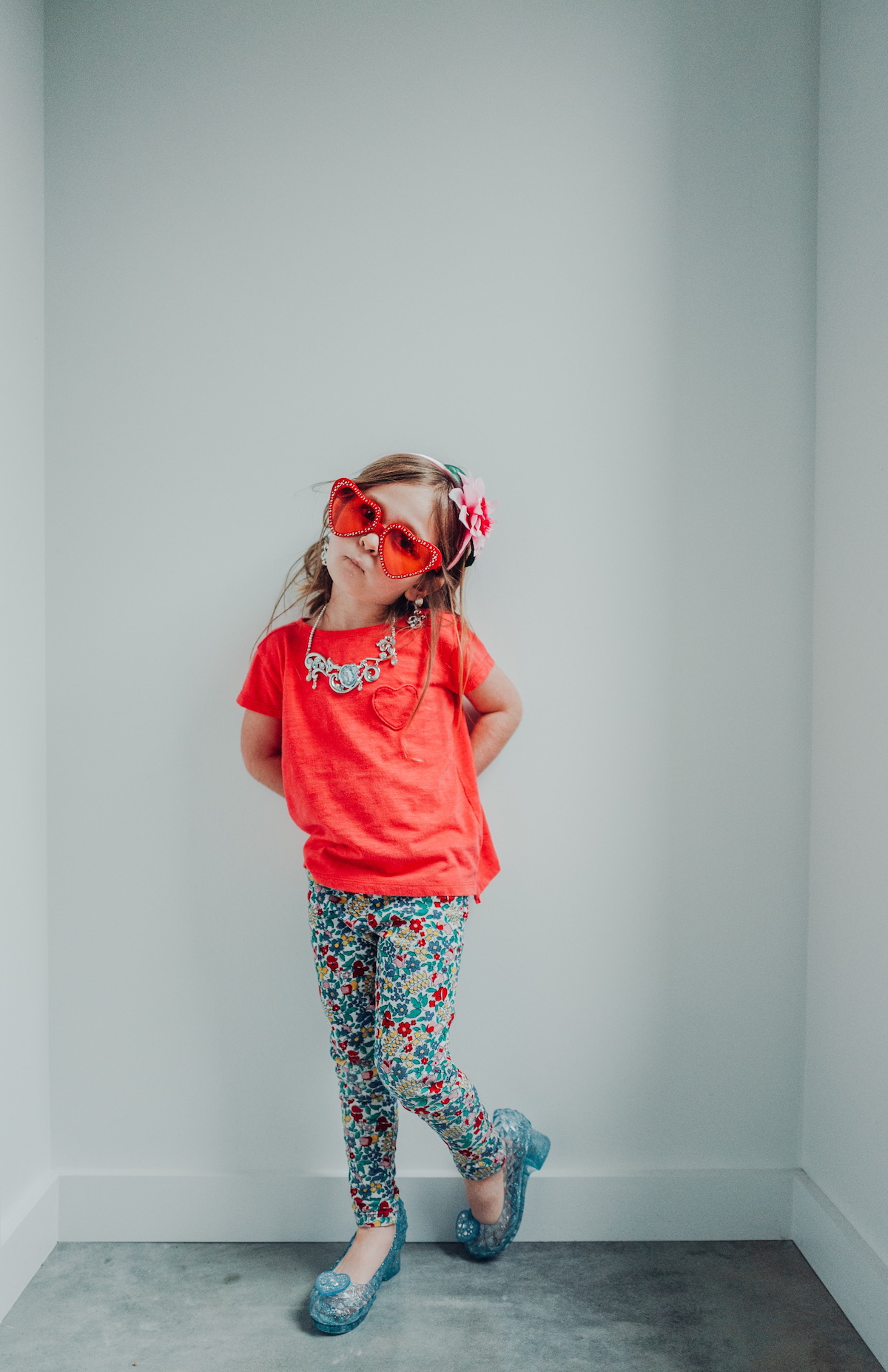 My sister gave the girls this grocery store for Christmas and they both love playing with it together. Ever is just starting to get to an age where they can pay together. It’s pretty cute now, but in six months I think their ability to play together will be a game changer!

I once gave Parker some Danish oil and a rag and asked her to polish the outdoor teak furniture. That I would not recommend doing again.

She loves to play pretend and especially family. If I’m in the kitchen I often times hear her talking to all of her baby dolls about these imaginative scenarios.

She and Ever love to play blocks and Magnatiles.

She loves dressing up in princess dresses and old dance costumes. Actually the girl will dress up in anything which is why I had to move her real clothes to her top shelf so that I wasn’t always cleaning them off the floor.

My parents gave them this bounce house which might just be the best thing we own. We blow it up in the backyard on a Saturday and the girls play out there for literal hours. 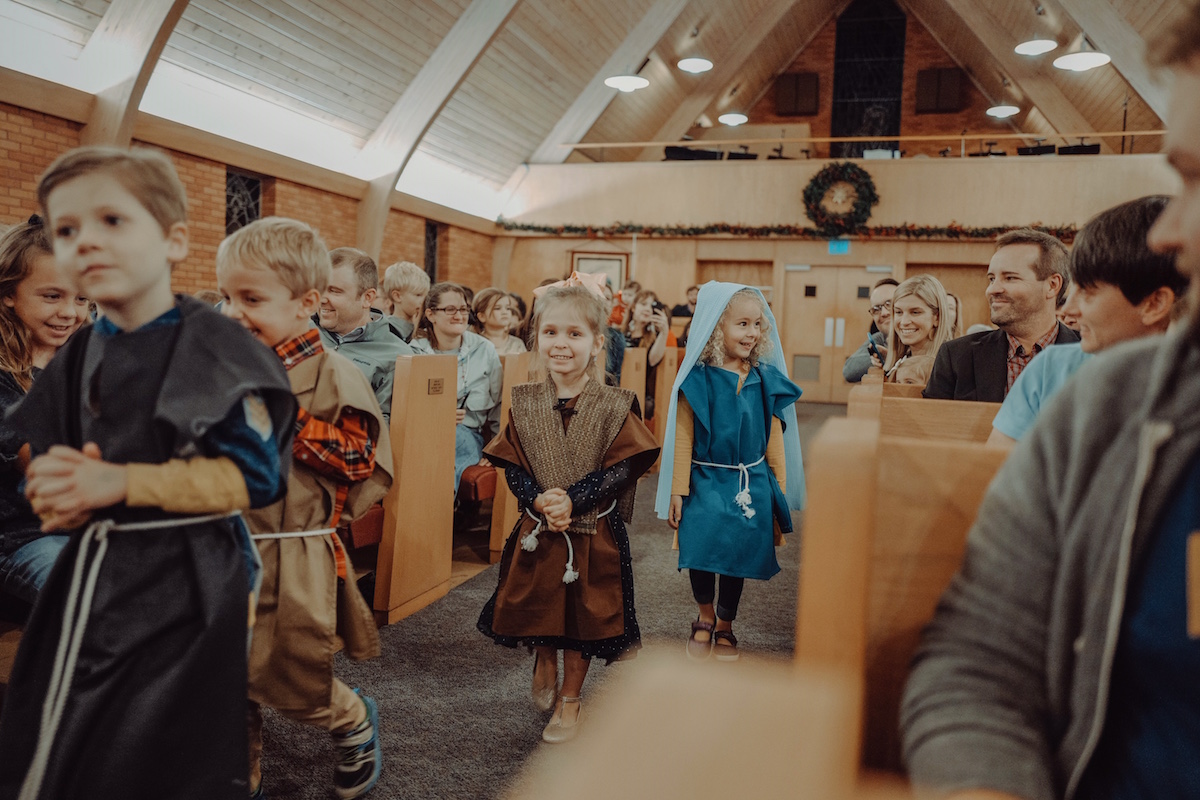 As for Ever, she is still in that stage where some random cups, bowls, and plastic cutlery combined with a little water occupy her for way longer than expected. She also loves to color with Parker, but I have to either put her outside or on a huge mat because the coloring gets everywhere. 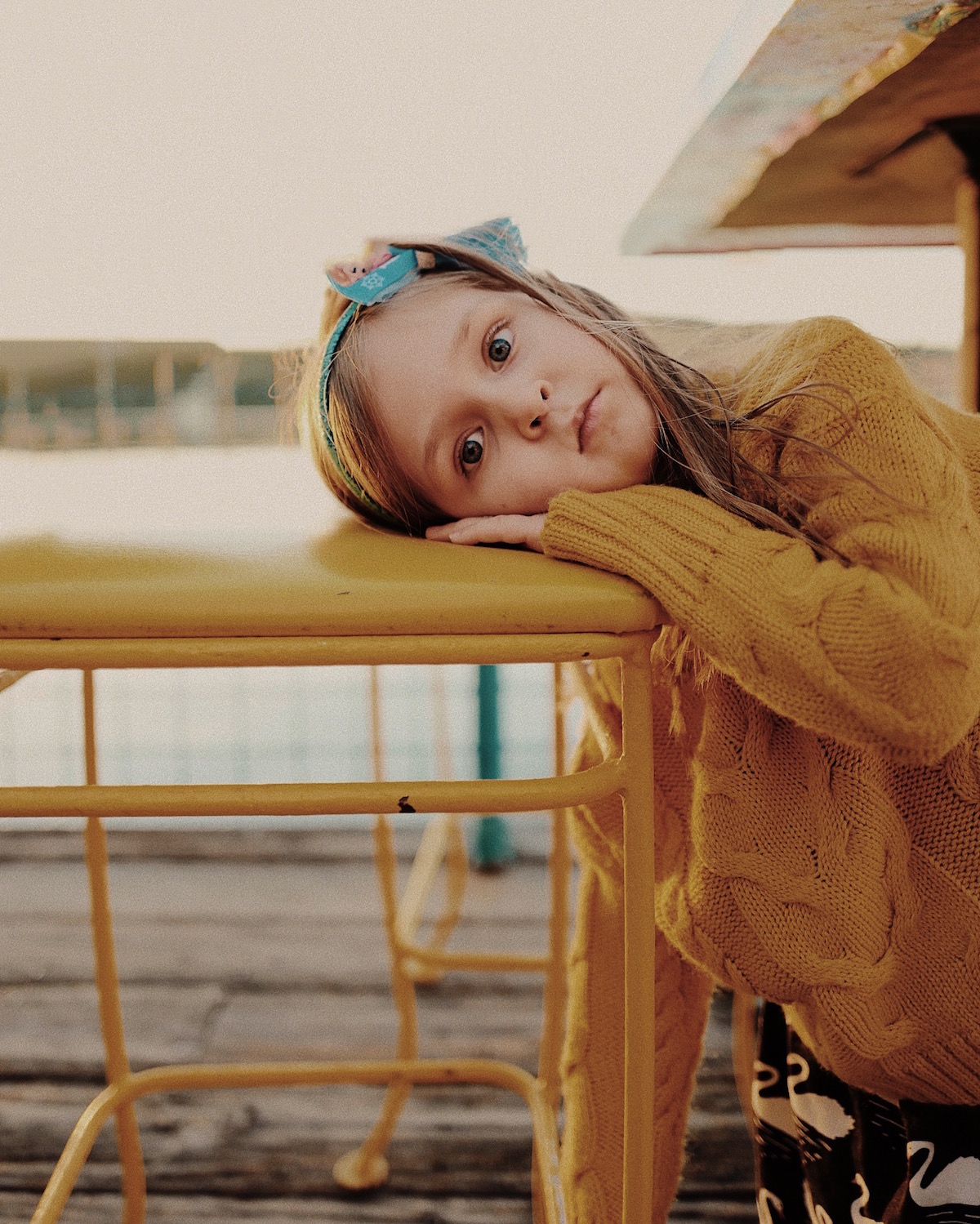 How do you approach screen time? What are your kids loving to play right now?

Photography for this screen time post by Aaron Pinkston

Other Posts on This Topic by: Catherine || Kelly || Natalie || Rebecca || Erin