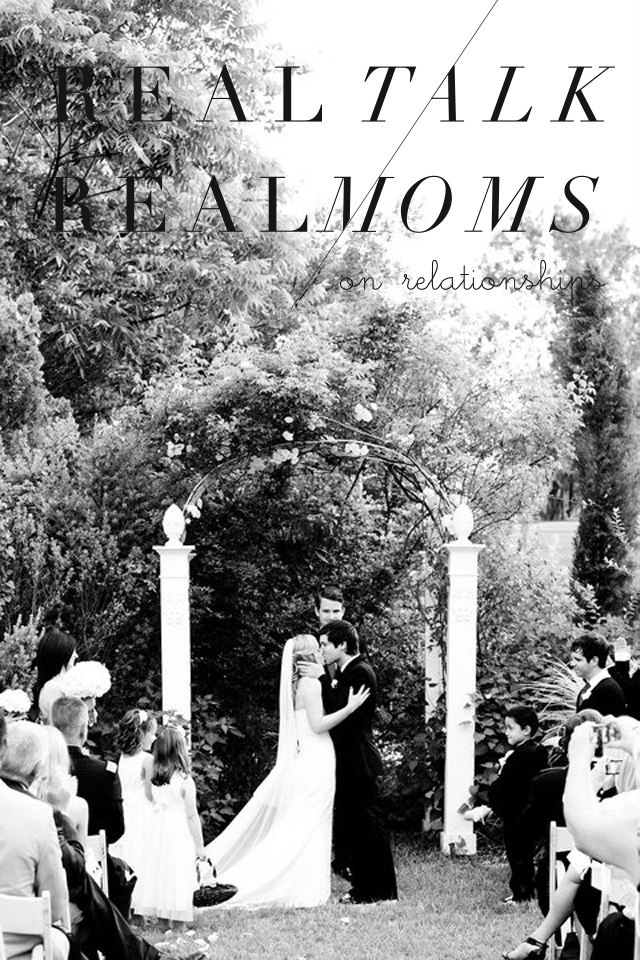 Last week Parker and I drove down to Newport Beach to spend some quality time with one of my favorite friends. Parker was busying herself with sand castle building and seagull chasing and my friend Emily and I were discussing Emily's life trajectory and what life looks like after having kids. She asked if there was a part of me that was nervous about having kids because Aaron and I would lose a little bit of our relationship. I paused for a minute before answering. As I had immediately expected, though, there had never been that hesitation for me.  I always knew that I wanted to have children, so I just assumed that we would always figure it out. We had four great married  years of living and working in LA together, as well as quite a lot of travel under our belt before we welcomed Parker onto the scene.  That being said, throwing a baby into the marital mix is a definite curveball! Below are a few thoughts on the topic and some things that have worked for us the last two years. Be sure to check out the other posts from Sam, Amy, Alex, and Emily. (Also, I'm always looking for new ideas to keep things fresh, so if you'd like to share your own experiences, please leave them in the comments below or tag your own stories on social media using the hashtag #realmomseries.) 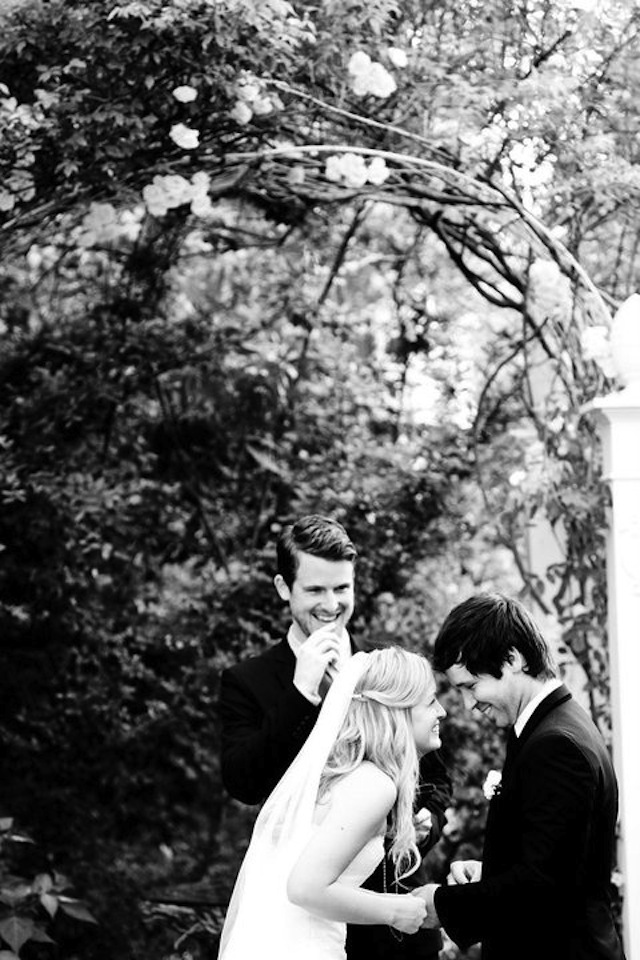 I should also mention before we get started that Aaron has been traveling for work 10 of the last 12 days.  I feel like I do generally have the personality type to be married to a traveling husband (plus there's always wine), but nothing makes me appreciate how much he does around here more than when he is gone.  Also, nothing makes me more empathetic to the plight of the single mom.  You guys are my super heroes.

1. Who you are before you have kids is still who you are after you have kids. People warned that because of the sleep deprivation, we would fight more, but we aren't really big fighters. We didn't fight a lot before having Parker and that didn't suddenly become an issue for us after we had her. Because we aren't super confrontational, though, it meant that we had to be more intentional about expressing how we were feeling about a certain situation and not letting it fester. That has always been our issue even before kids, so it makes sense that it would still be there after kids. Know yourself as a couple, how you deal with stress and challenges, and feel equipped to handle those situations pre-baby, because they won't suddenly disappear after baby.

2. Date Nights. (Is that phrase totally over used?  Should we come up with something else besides date night? What would we call it? Romantic evening?  Adult hour? For now, we shall leave it at date night, but I am officially take suggestions.) The hardest phase for me were those first two months.  I had this urge to make things just as they were before we had Parker, but that was a totally unrealistic expectation.  I was nursing and pumping and healing and as much as I wanted to feel "back to normal", things just weren't and couldn't be yet.  As the mom, my life seemed to change so much more than Aaron's in those first six months of parenthood. I was both her food source and the parent with the more flexible job schedule, so the day to day parenting responsibilities fell much more heavily on my shoulders. For that reason, I was always more in need of nights out than Aaron probably was. He was traveling a lot, so the weekends were his time to catch up with her, but for me I really needed a little weekend time just the two of us, so we had to find a balance. We did a lot more date nights during those first six months than we do now. I think I needed it more at that time to feel like I was retaining a sense of my old self, if that makes sense. Now that she's older, we really enjoy incorporating her into our plans for the most part and I just don't feel that need to get away as much. 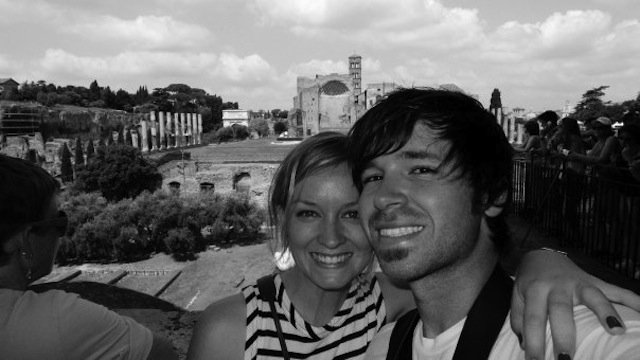 3. That being said, GET AWAY! I think there are a lot of positive things that can come from getting away just the two of you, even if it's to a hotel in your own city. Again, it felt like retaining a part of our pre-baby selves, plus we got to catch up on sleep and not feel like we were on any kind of a schedule. It's also nice to gain some perspective on whatever parenting challenges you are facing in that particular phase of life. Sometimes when you're in the middle of it, it's hard to see clearly and make a plan, but when you take a step back you can assess the situation and regroup. Best of all there's nothing quite like those reunion hugs and kisses with Parker when we get home!

4. Choose Your Battles and Embrace Your Uniqueness. It's highly unlikely that you and your partner approach all life situations in the same way, so it's highly unlikely that you will agree on everything when it comes to raising your child. I think it's really easy as the woman in the relationship who does have more of the primary parenting responsibility to micromanage things, but someone warned me against that while I was pregnant and it was advice that really paid off. Aaron was such a natural! I loved watching him with her. He is much more go with the flow and I am much more into sticking with a routine (which is actually totally opposite of how we are with our own lives!), but we are pretty good about compromising those two things.  Even when I have been wishy-washy or gone back and forth about something a gazillion times like solutions to feeding or sleeping issues, he has always been really positive and supportive.  I think that is one of his best husband qualities. 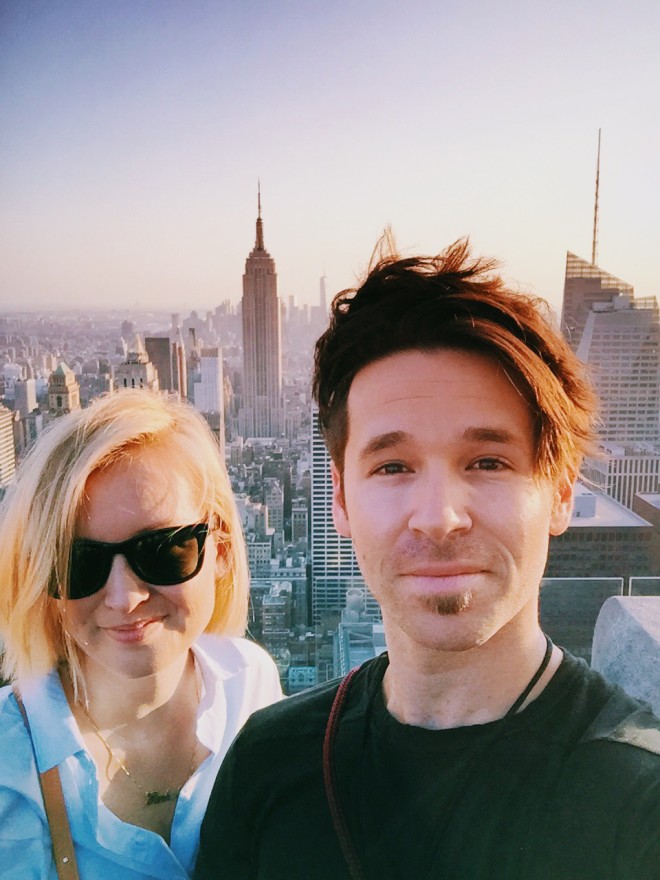 5. Give Specific Ways of Helping.  Aaron and I used to tag team the bed / bath routine, mostly because I felt guilty if I wasn't in there helping and because I am the more routine person, I was the one who usually got the ball rolling with bath time anyways.  There were a few times, though, that I was busy with something and Aaron handled the whole thing from start to finish.  I mentioned to him how much I loved that and ever since he's taken the initiative to give her a bath and get her ready for bed on his own.  In the meantime I turn on my current favorite playlist and clean the kitchen / pick up the house, so that once she is asleep we can just enjoy a little time together.  It doesn't seem like cleaning would feel like 'me time' but it totally does.  It's my favorite way to end the day and feel like everything is back in order.  When he's traveling a lot like he is now, I appreciate this time even more when he gets home!

6. Make Space. This is going to sound really silly and small, but for us, when we are really busy and trying to make space for just the two of us, we play board games at night after parker has gone to bed. Our usual routine is to catch up on a show or watch a movie once she is asleep, which usually leads to one of us falling asleep soon after. By playing games it opens up a space for conversation that wouldn't have otherwise happened and, let's be honest, it's just plain fun! 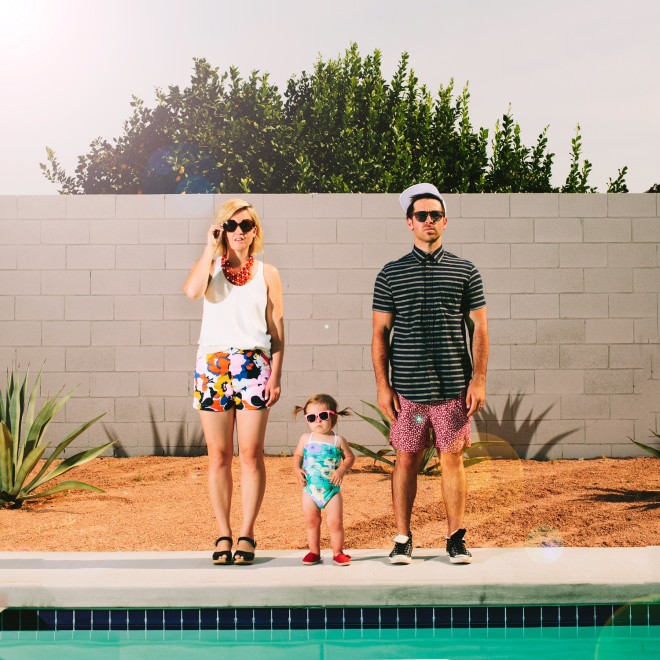 Check out the rest of our Real Talk with Real Moms Series: sleep | feeding | working | travel 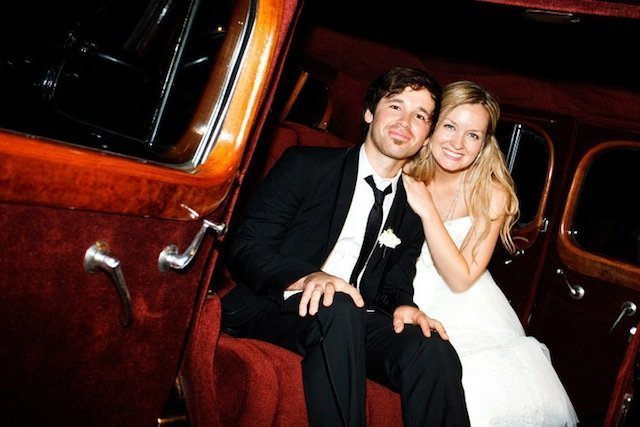 What are your tips or experiences for thriving relationships post baby?