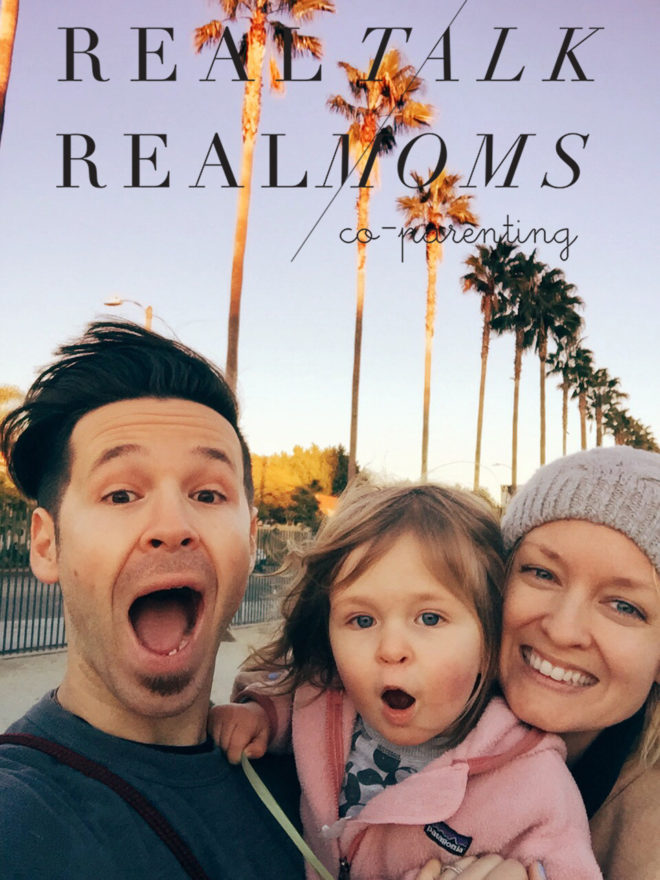 It's so interesting to look back now, even with just a mere two years of perspective, on those first few months of parenthood. Parker was just a babe and I thought that the challenges of parenthood were certainly all wrapped up in ensuring she had just the right amount of milk at each feeding and was sleeping in decent stretches.  Now after tackling things like preschool and house shopping in neighborhoods based on the schools they're zoned for and weighing the importance of things like diversity and student teacher ratios, I'm convinced that keeping her fed and rested that first year was certainly the easy part.  Parenting, man.  It's a doozy of a job.  In so many, many ways it's a job made easier by doing it alongside someone else, but that same dynamic can also bring along challenges of it's own, ya know?  Because there's a whole lot of stuff to do, so who does what? Obviously, Aaron and I each do exactly 50% of all of the work involved in child-raising, 100% of the time.  Obviously.  (Bahaha!)  It's actually quite the opposite of that and not at all consistent, but we do what we have to do in different seasons of life for what we hope is the best possible outcome. You can keep reading for the details or if you're bored to tears by posts about mini humans you can read here or here.  If you're not bored by posts about mini humans, though, be sure to check out the posts from the other Real Talk Mamas this month as well: 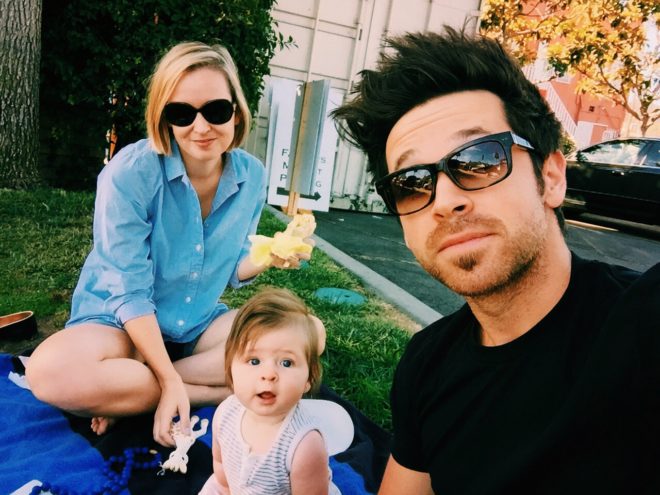 Allow me to digress for a moment.  If we are going to talk about parenting responsibilities, it's impossible to separate that topic from career choices.  Yep, choices.  We get to choose them.  We may not always get the one we want, but no one is keeping us in the one we have.  Our jobs and their demands and expectations really define so much of what we are able to do as a parent.  Styling, for example, was full of early call times, long days, and a schedule that was at best unpredictable.  The upside, though, was that I wasn't a contracted employee so I got to pick and choose the jobs I wanted to do.  It meant that I could take 4 random week days off in February to go on vacation, or choose to always have Wednesdays off so that I could take Parker to music class.  Picking and choosing, though, I'll be the first to admit is a luxury that came with having a blog that I could write from home that supplemented all of those jobs I was turning down.  I knew pretty early on in our adventure with Parker that the schedule and demands of styling wasn't what I wanted long-term.  As the blog and it's revenue grew, I took less and less styling jobs which made my job very, very flexible compared to most jobs.  There are still meetings that must be made, events to be attended and photos that must be shot, but I get to determine when 80% of those things happen, as opposed to a typical corporate job where the schedule is more pre-determined.  I won't bore with you with the downsides of blogging or content creation like always being connected to your phone or not being able to take a two week vacation without serious repercussions.  I will say that I'm very, very grateful for my current job, but that being the partner with the most flexible work schedule means that a lot more of the parenting responsibility falls on me.  There are moments where that can be frustrating or even exhausting... actually definitely exhausting, but I also wouldn't change it.  I want the flexibility to go to doctors appointments and take the morning off for play dates and make up for those hours after she goes to sleep.  I want to be able to eat oatmeal with her at breakfast and have her "help" me make dinner.  I also love that Aaron works a job that he loves and feels passionate about.  We're both doing what we love and raising a daughter that we're head over heels for and doing whatever we have to do to juggle those things and make everyone happy most of the time.  Some times we can go for weeks where we are more like tag-team parents-- Aaron watches her from 7-8am while I take a conference call that's on east coast time, he heads off to work at 8, she and I hang until the nanny gets there at 9, I relieve the nanny at 4, Aaron comes home at 6, I head out to a work event at 7... you get the idea.  But then there are weeks at a time that feel decidedly normal, not taxing or exhausting and like we're in a really good flow of getting to be a team. 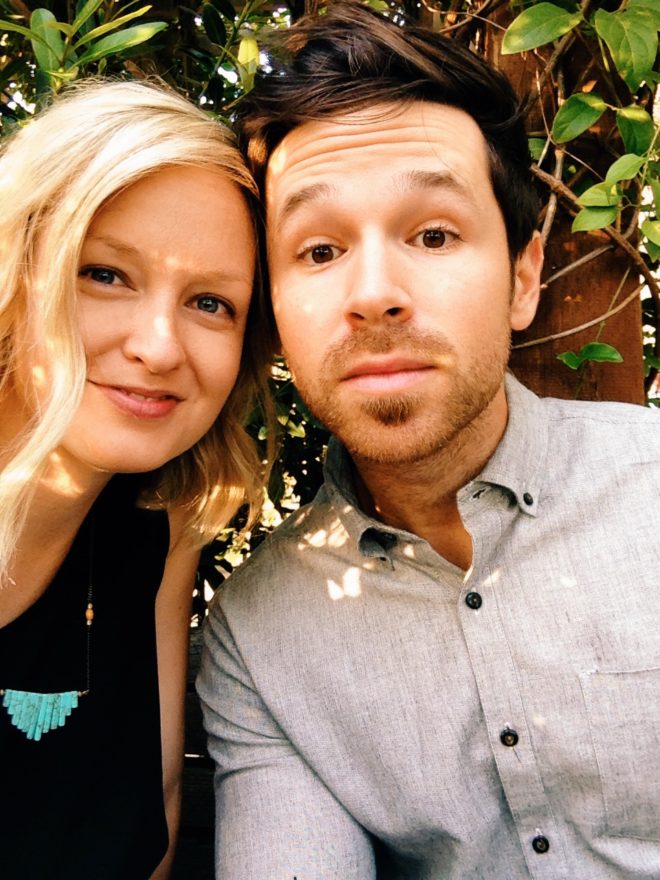 While my work never stops, unless I just choose to take a day or a week off from our normal posting schedule, Aaron on the other hand has a lot of great time off-- he gets 8 weeks in the summer (read that sentence again: 8 WEEKS!), 2 weeks at Christmas, a week in the spring, and almost a week at Thanksgiving-- he just doesn't get to choose when that time off can be taken.  He works for a show that is live to tape and about 90% of his segments are actually live, so there's not a lot of room for taking sick days or changing his travel schedule to make doctors appointments.  When he's working, he could be gone for anywhere between 2 or 3 nights during the week to a 12 or 14 day stretch depending on how many shoots back up against each other.  You can see how defining and assigning parenting responsibilities in this scenario doesn't really work.  We both have to be flexible.  When he's gone, it's all me (and our wonderful, wonderful nanny who we couldn't live without while I'm working), but when he's home he really takes over in a lot of ways.  If he's in town, then he's in charge of bath time and bed time.  He also is really great about making sure that the house is clean before he leaves for work in the morning and does the laundry.  He doesn't just get home from a long trip and kick up his feet.  He really works so hard for our family and that work ethic is one of the things I love most about him.  I pretty much always assume responsibility over things like making doctors and dentist appointments and arranging childcare, grocery shopping and cooking, paying of the bills and just the general day-to-day logistical stuff. 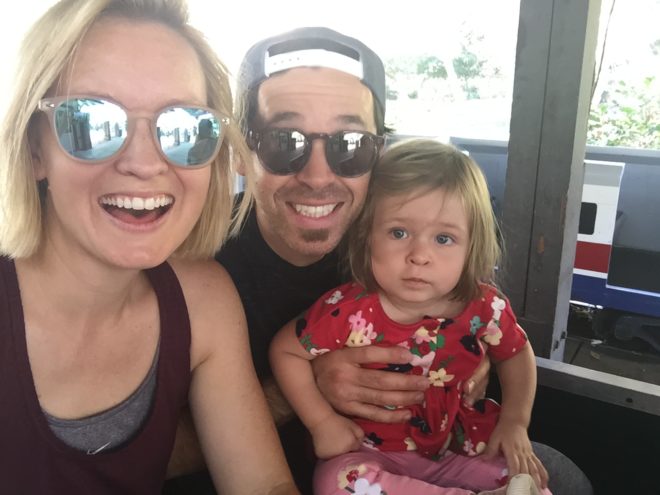 I have friends who both have more "9-5" type jobs and their parenting responsibilities are much more evenly split and then I know husbands who have never changed a diaper or done the bedtime routine and have no intention of ever doing so.  There's such a crazy wide spectrum.  So much of it depends on what kind of parent each person wants to be, what they want for their career, and what works for each family situation.   Our shared responsibilities may not be an evenly sliced pizza, or a perfect 50/50, but we both do what needs to be done to create a happy, healthy home for ourselves and Parker and still do the jobs that we love.  Most the time, it works.  Naturally, there are times when the system breaks down, but we evaluate what went awry and try to make changes to keep it from happening again.

PS. In 2013 there were estimated to be over 10 million single mothers in the United States.  Some by choice, loss of a partner, or divorce, but all of them doing it on their own and creating their own village, hopefully, that doesn't include a spouse.  If you're reading this and you're one of those 10 million, I am sending you so many props right now.  You're amazing and I hope you know how awesome you are... and I hope you have support around you.  We need so much support as moms.  It's just a really, really challenging and unenjoyable job to do alone without friends or family.

How about you?  How do you split up things in your household?  How do your jobs define your roles?