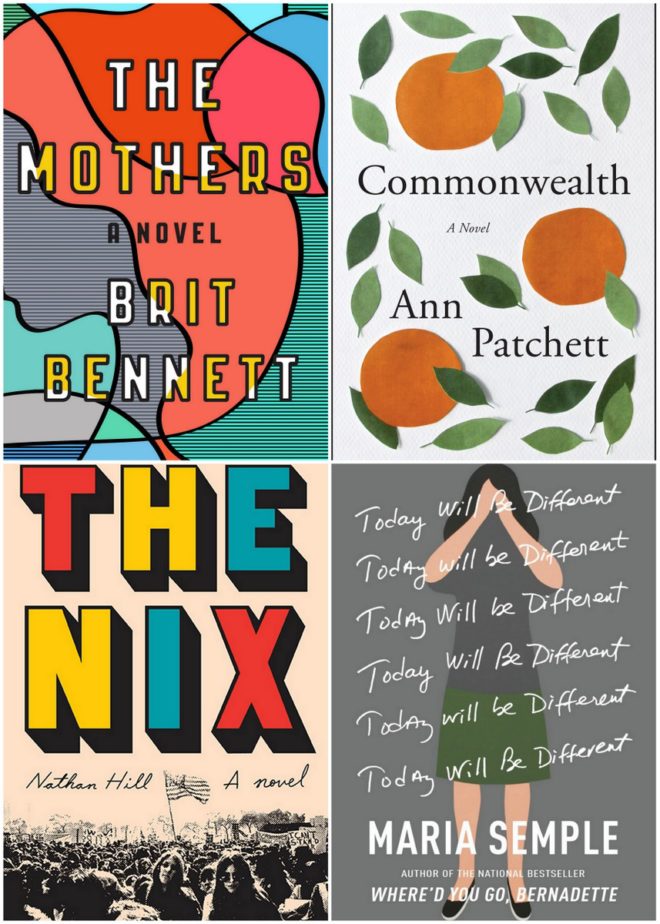 I don't know about you guys, but I await Gail's book recommendations in the same way I await a coveted just-primed Amazon box.  Her excitement for books is so completely contagious that I always find myself with at least three of her picks on my nightstand.  Speaking of books on my nightstand, last week I attended my first book club and the book of the month was Sweetbitter. (I talked about my book club dreams earlier in the summer and was thrilled when they manifest themselves into an IRL invitation.)  Have you guys read that one?  It was actually one of Gail's summer book recommendations and, while I really enjoyed the read-- especially since I'm prone to choosing non-fiction-- not everyone was as big of a fan. It is a little dark and some people felt the character development was lacking, but I really related to the storyline of moving to a new city, not knowing anyone, and figuring out what you want to do with your life.  Read anything interesting lately? Do share in the comments! Xo, Jen

The Mothers by Brit Bennett

For months, my friends in publishing have been singing the praises of Bennett’s much-heralded debut. I’m intrigued by its premise: a coming-of-age narrative about a trio of young people whose actions are judged by a cluster of “motherly” church ladies in their black SoCal community. A novel about loss, with a theme centering on its characters’ youthful decisions haunting them into adulthood, The Mothers would make for an excellent book club pick. And with a cover this stunning, it’s a read I want on my coffee table ASAP.

The Nix by Nathan Hill

One of my all-time favorite authors is John Irving. When I heard Hill being compared to him—and Irving comparing Hill to Dickens—my literary radar went off. Then I read up on The Nix’s plot and promptly pre-ordered the book. I’m a sucker for family sagas that meld history with drama. Make them comedic and set them in the Midwest (as The Nix is), and I’m all the more apt to fall hard. If you need another reason to read Hill’s debut this fall, a TV adaptation is in the works with Meryl Streep attached. Talk about dream casting!

I listen to a handful of podcasts featuring authors and agents. Earlier this summer, one talked up this phenomenal true story about NASA’s black female mathematicians who helped launch astronaut John Glenn into space. Fascinated, I added it to my GoodReads list. A few weeks later, the trailer for the film beat the book’s release! Now we have four months to get familiar with these ladies before we hit theaters in January to watch an all-star cast (Taraji P. Henson, Octavia Spencer, and Janelle Monae) portray them on the big screen.

Patchett is someone whose work I’ve yet to discover despite hearing nothing but good things. All I know is she writes literary fiction and owns a successful bookstore (Parnassus Books) in Tennessee. I intend to remedy that soon by picking up Commonwealth, her latest novel. The story centers on a kiss gone awry that has ramifications that propel the book’s entire storyline. A good pick if you enjoyed another of 2016’s buzziest books, Cynthia D’Aprix Sweeney’s The Nest.

Today Will Be Different by Maria Semple

You know that feeling when you discover something (a book, film, or album) and love it so much, you’re convinced nothing else the artist creates could ever be as good? That’s how I feel about Semple’s newest novel. When her debut, Where’d You Go Bernadette, came out in 2012, I read it while rocking my newborn son to sleep, shoulders shaking with silent laughter so as not to wake him. Now I’m keeping my fingers crossed that Today Will Be Different, a story about a middle-aged artist losing her creative mojo, will give us Semple fans a chance to laugh again.

The Sun Is Also A Star by Nicola Yoon

My love of young adult literature means I had to bring at least one YA read to my fall picks and I’m going with Yoon’s The Sun Is Also A Star, which was just longlisted for a National Book Award. In 2015, I read her debut, Everything Everything, in one sitting … that’s how entranced I was by its clever plot. I’ve heard from more than a few friends that her second novel, another lyrical love story, is equally satisfying. And—as an added bonus—its cover is so stunning you’ll want to read it in public just to show it off. 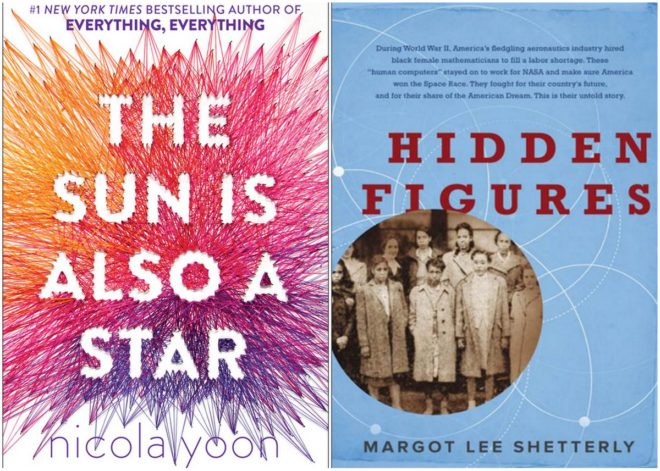