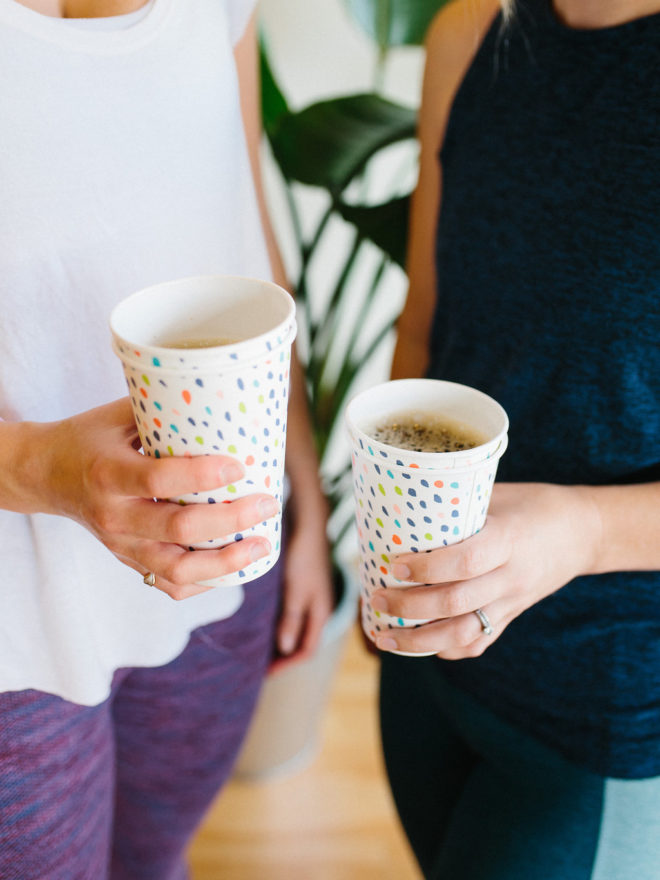 Is there an opposite of a 'creature of habit'?  Whatever that thing is, I am.  (I'm a 7 on the enneagram if any of you know what that is!)  Aaron, on the other hand, is a classic creature of habit.  He can think of a habit and form it so effortlessly that it's as if there was never a time where that habit wasn't a part of his life.  He is content finding a great restaurant with nice people and good food and ordering the same thing for months on end. (There was a phase where he ate salmon for two of three meals for months and months.)  Me, on the other hand, I crave new things, new places, new adventures. I'm always interested in learning something new.  Sometimes it feels like discontentment, but really it's just this constant curiosity for what else is out there.  When Dunkin’ Donuts® asked if I would write a post with them about new adventures in celebration of their new Dunkin’ Donuts® at Home Bakery Series® coffee it sounded right up my alley.  So what did we do? 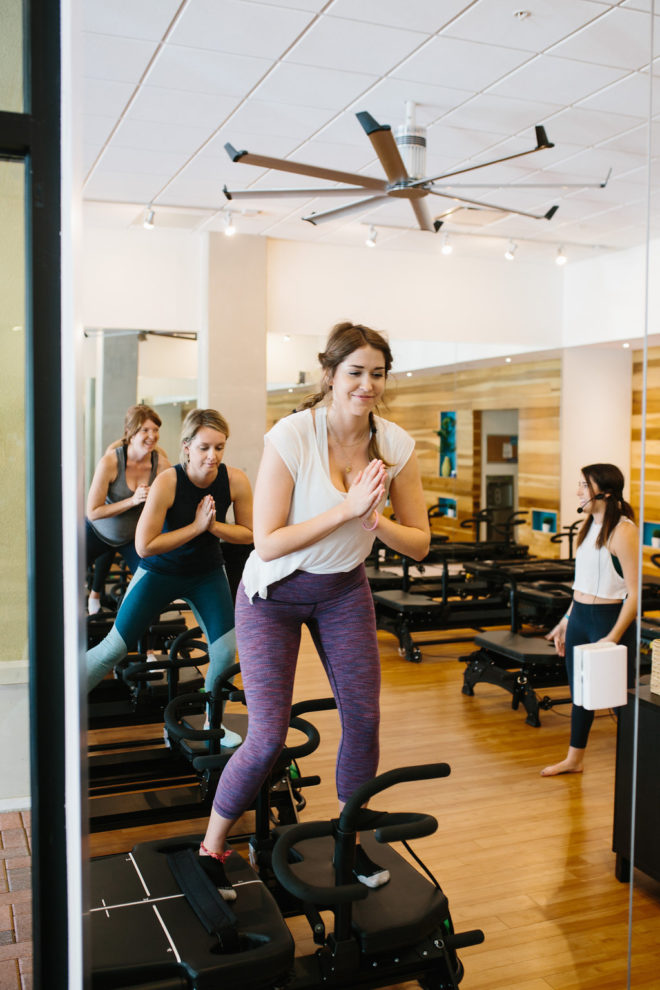 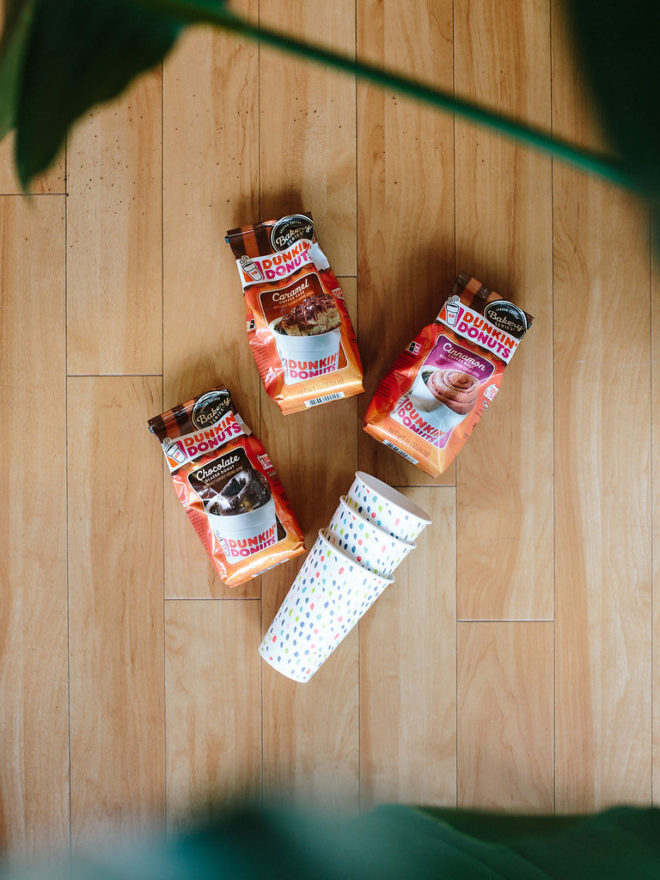 Naturally, we did Pilates!  We gathered a few girlfriends, brewed some Dunkin’ Donuts® at Home Blueberry Muffin coffee, and got in a morning workout, all before 9am.  Pure Pilates was kind enough to host us and I think we were all pretty hooked by the end of the class.  I love that Pilates is slow, done at your own pace.  There's something about it that feels incredibly challenging, but also like you can focus and quiet your mind a bit.  I really enjoyed that the coffee had a subtle sweetness to it without having to add any kind of cream or sugar.  It was a nice change from my usual almond milk latte routine. 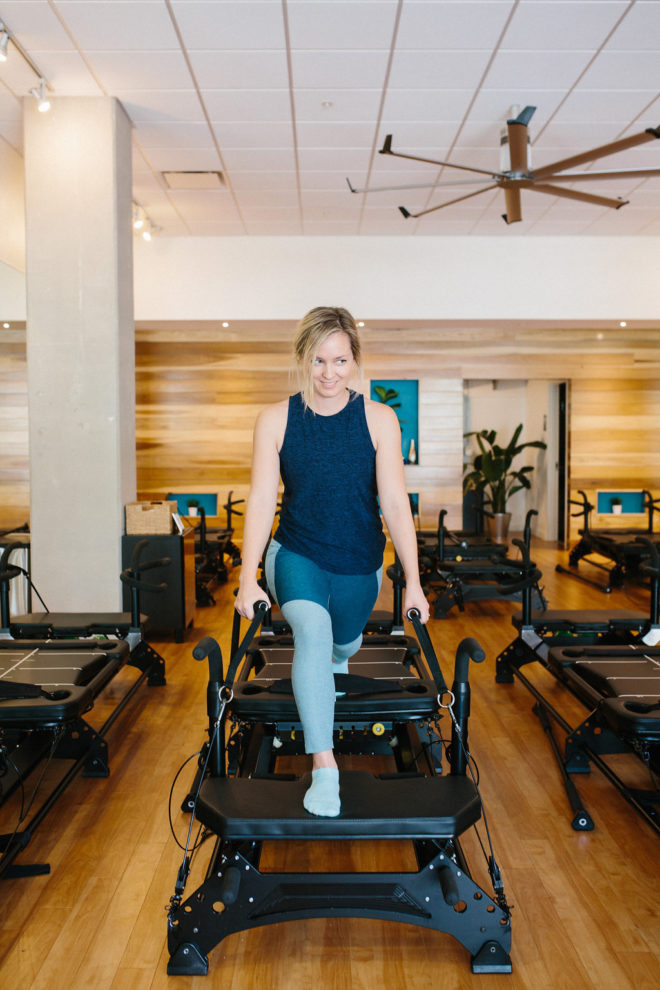 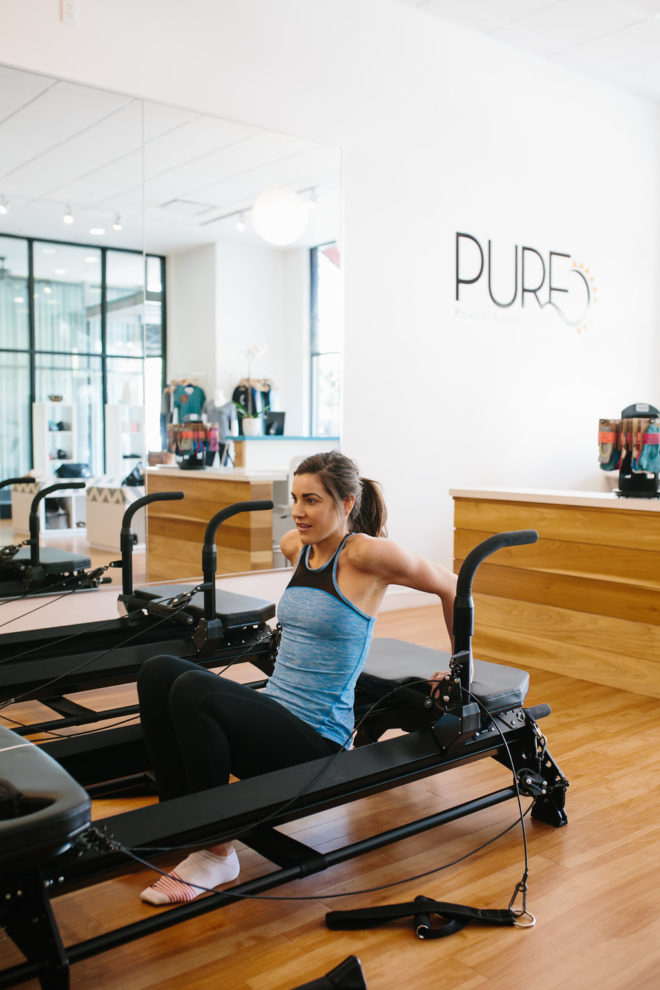 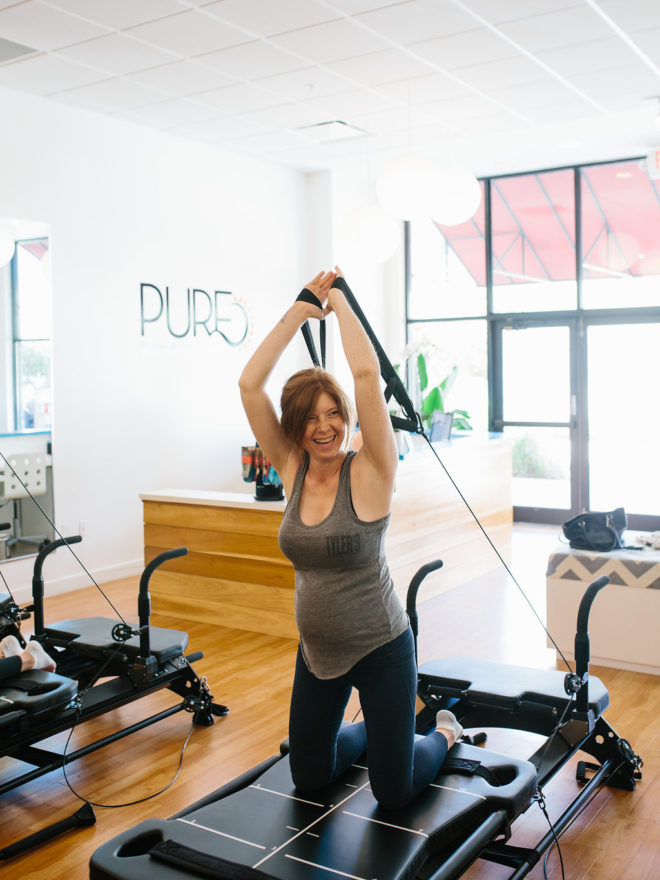 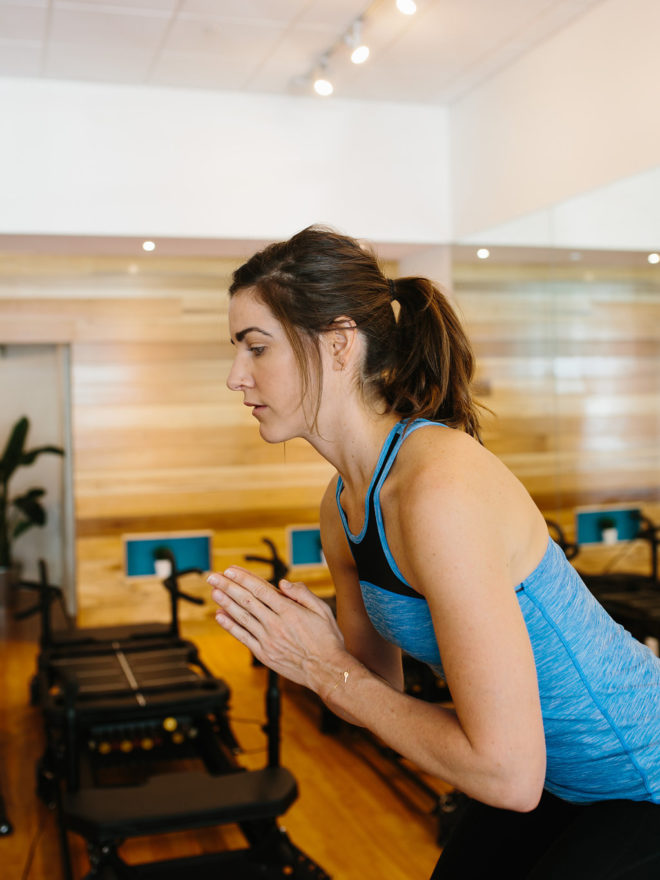 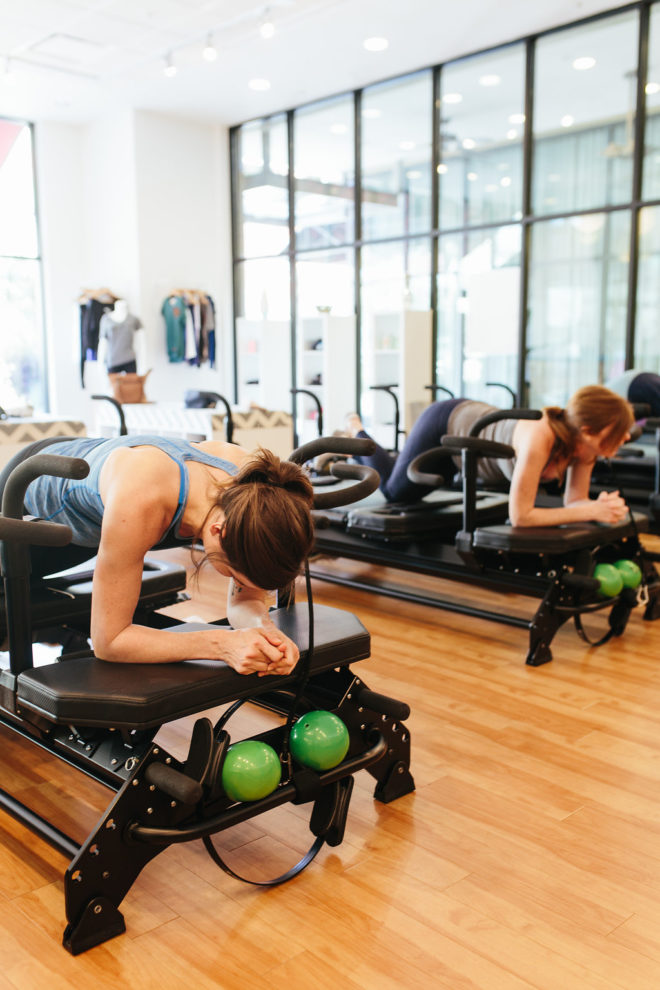 If you've been following along here, you know I've been traveling more than usual this fall.  I picked up an old Psychology Today in one of the Air BNBs I stayed at that touted some of the benefits of trying new things and read it cover to cover. I have for so long envied my husband's uncanny ability to create habits and his disciplined way of approaching life.  In PT, though, they explained that trying new things actually builds new connections between neurons in our brain, replacing some of those that we lose over time.  Plus, it makes time pass more slowly-- in a good way.  People who try new things often tend live more in the moment and less on autopilot.  In short, mixing up your routine can be a good thing, so whether it's a new coffee, workout, or neighborhood restaurant, there's more than one reason to try something new this week!  What have you been wanting to try?! (There are like a million Austin restaurants on my "to-try" list!) 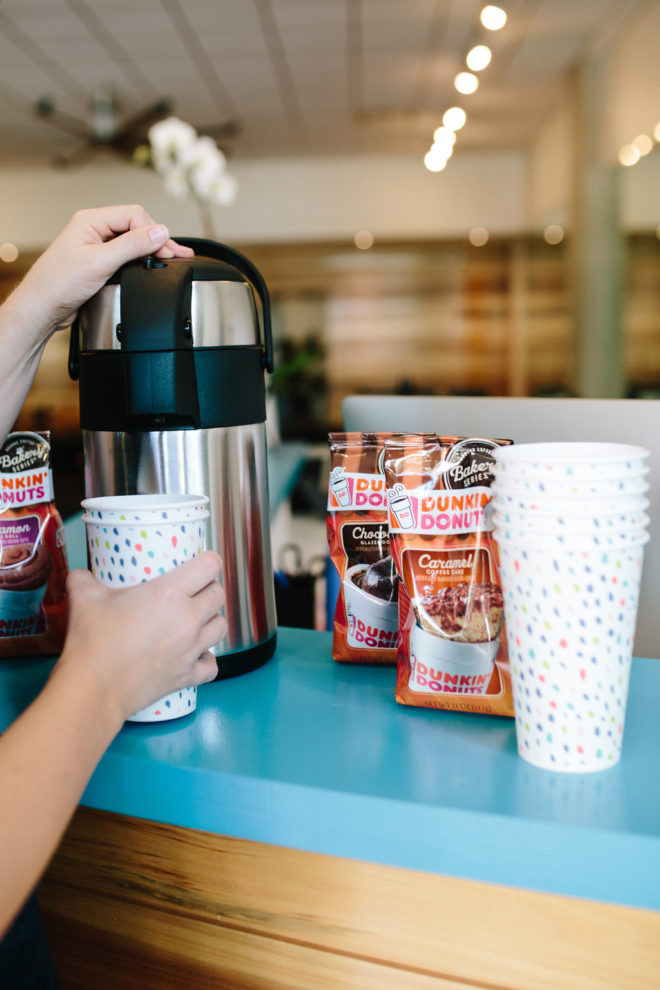 In short, mixing up your routine can be a good thing, so whether it's a new coffee, workout, or neighborhood restaurant, there's more than one reason to try something new this week! What have you been wanting to try?! (There are like a million Austin restaurants on my "to-try" list!)  Also, any Austin readers out there? We have been talking about doing a circulating class tour of workout studios in Austin and would love to gage interest! 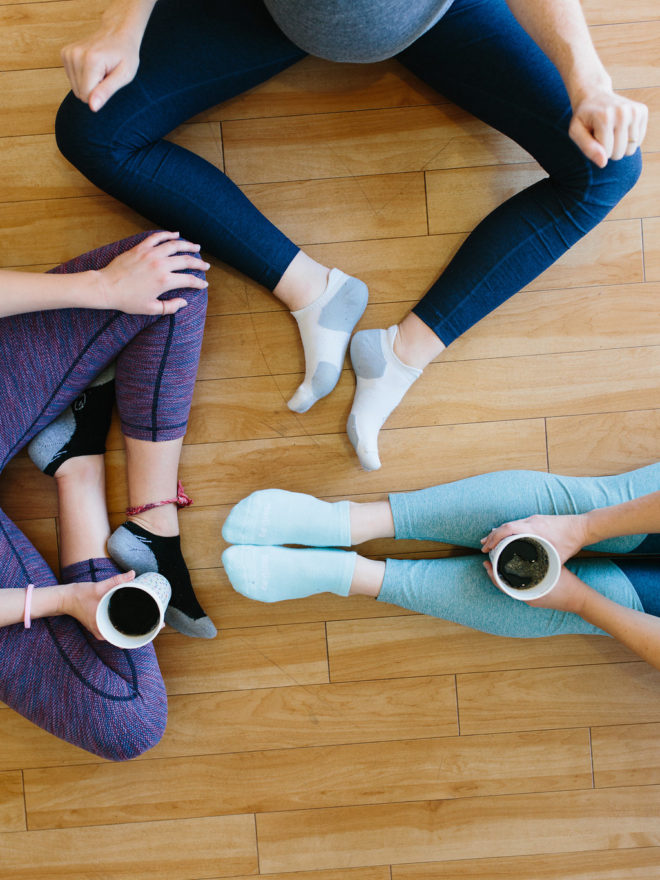 This post was sponsored by Dunkin’ Donuts® at Home. Thank you for supporting the brands we love that allow us to keep creating new content.