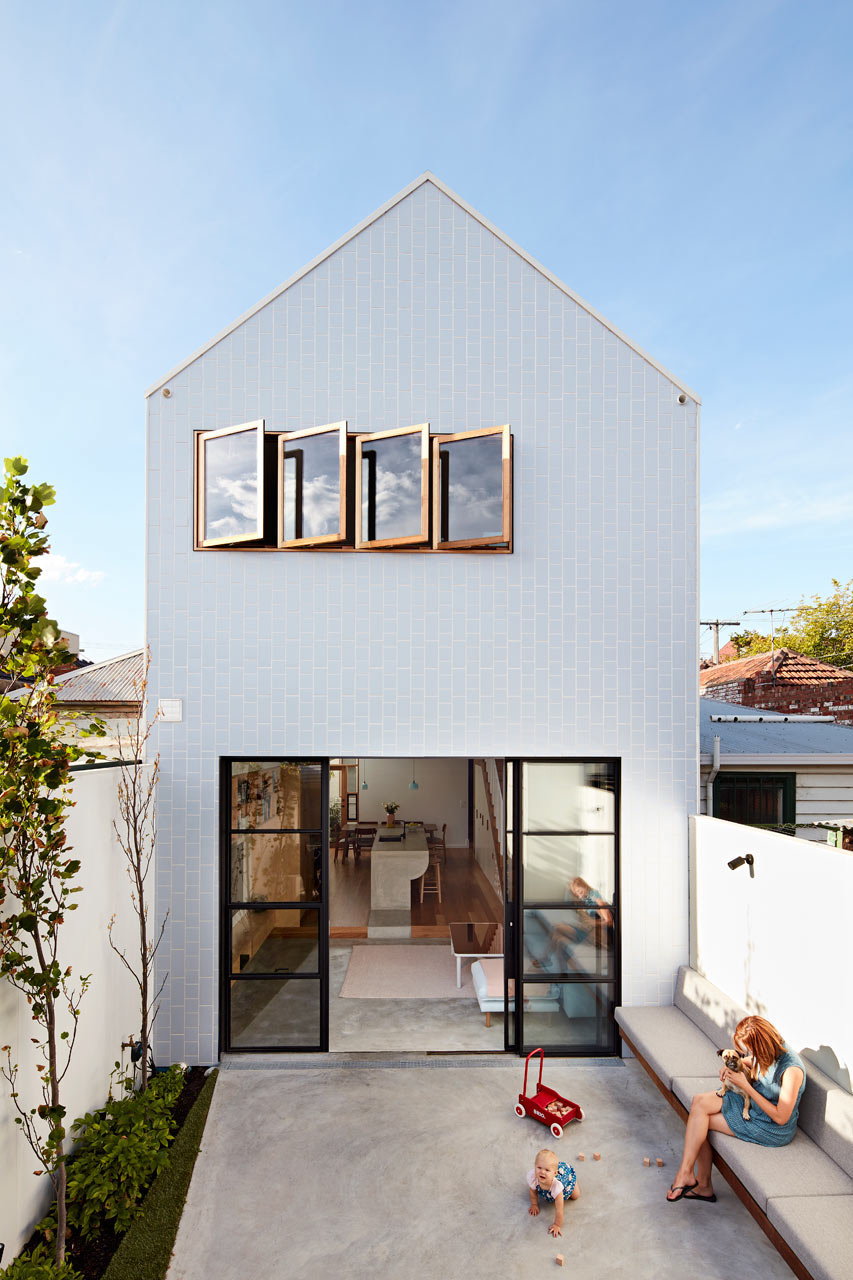 Happy Friday, friends!  It feels like we are overdue for a house update– it’s been over two months since this post.  It’s not that I haven’t wanted to write an update or haven’t had time, it’s just that not all that much has been happening.  At least not a lot of exciting, post-worthy stuff anyways.  There was so much we didn’t know going into this whole crazy process, so I thought I would write an update here on the step by step that we’ve been going through for anyone who has ever wanted to build a house or has ever wanted to know how the whole thing comes together.  I originally thought I would wait until we were done building to write this, but there are so many little incremental steps along the way, that I’m afraid I would forget, so I’ll either update this post as we go along or perhaps it will be a series.  All I can say is that I’m really looking forward to the day when we are talking tile and light fixtures over here and not demolition and permitting! So here’s what the process has looked like so far: 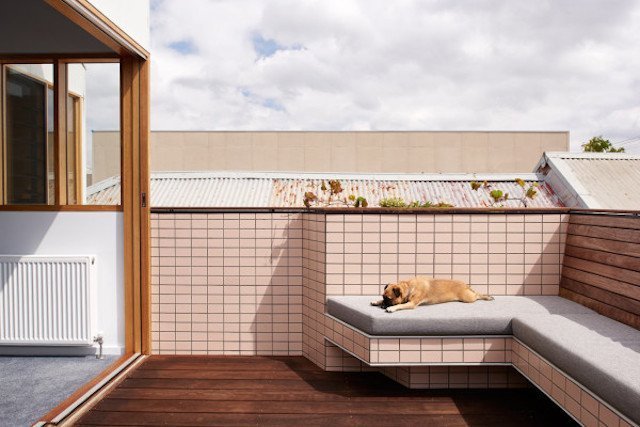 Step 1. BUY A LOT: Either one with a house on it that can be removed or just an empty lot.  Most city centers don’t have a lot of empty lots lying around that don’t already have houses on them (unless they need to be rezoned or are on a precarious hillside that would take a lot of remediation to build on), so we went with the former option.  I feel like there is a really negative stigma with demo-ing an old house, but I assure you that this house was totally unsalvageable.  We originally were hoping to renovate instead of re-build for a lot of different reasons, but the cost of every renovation house plus what we would need to do with it exceeded or came really close to what it would cost to build new. Back to choosing a lot:  Our biggest priorities as far as location were schools and walkability to restaurants and shops, but there were lots of other things we had to consider in order to be able to build, too.  (A lot of these are Austin specific, but your city could have the same or similar rules, so you’ll want to look into them before purchasing.)  In Austin you can only build a house that is 40% of your lot. For example if you have a 6000 square foot lot, you can build up to a 2400 square foot house.  So if you know about the size of the house that you want to build, that will help you determine how large your lot needs to be.  The second big thing to consider in Austin are what kind of trees are on the property.  If the trunk of a tree is more than 19″ around, you will have to secure a permit from the city to remove it or you may not be able to remove it at all depending on the type of tree.  So if you find a lot that you love, but it has a great big heritage oak tree in the middle, you might want to re-consider.  Our survey showed nothing above 17″ so we thought we were in the clear.  What we didn’t know was that some of those trunks were growing together at the root so they were actually considered one double tree.  In that case you have to take half the circumference of the small one and add it to the large one, which (long story short) has put us in kind of a tree nightmare situation, but more on that when it’s resolved.  (I’d hate to bore you to tears on a beautiful Friday.) 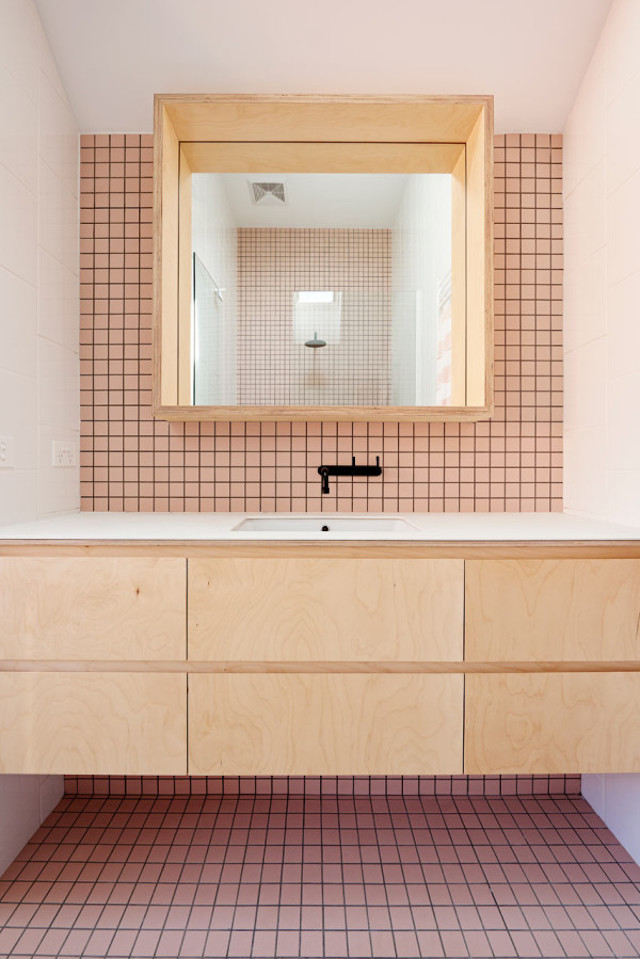 Step 2. DEMO THE HOUSE.  If the house adds nothing to the property and there is nothing salvageable, and anyone else who would ever be interested in this property would only be buying it for the land value, then start the demo process right away.  (The only reason you wouldn’t want to demo the house right away is in case you guys ended up wanting to sell the property instead of build on it and the house would add value.)  Someone advised us to wait until we submitted for our building permits to submit this, but I’m so glad we didn’t listen because it ended up taking so much longer than expected.  Our demo permit was submitted on July 27th and we finally secured the permit on August 31st, but it could have been even a month longer had we not gotten a little lucky on this one.  Once you have the demo permit, it’s only 1-3 days to fully take down the house and remove everything from the property, so the time is fully in obtaining the permit.  Every house that is over 40 years old in Austin has to go through Historic Landmark Commission before it can be demolished.  They want to make sure that nothing historical is being removed.  However the commission only meets once a month, so we found out on August 1st that we would have to wait until August 22nd to be able to submit our permit before the HLC, then August 22nd came around and not enough commissioners showed up to vote that night so the entire meeting was postponed until September 26th.  A big crowd of unhappy people were sent home and told they would have to wait another month.  Luckily our house was a pretty cut and dry case and after a little pleading and a lot of downright begging they released our permit to us without having to go through the next meeting.  Most of the other cases were rolled over to the September agenda.  We hired Southwest Destructors here in Austin to take down our house and were so pleased with them every step of the way.  I would highly recommend them if you’re looking for someone here. 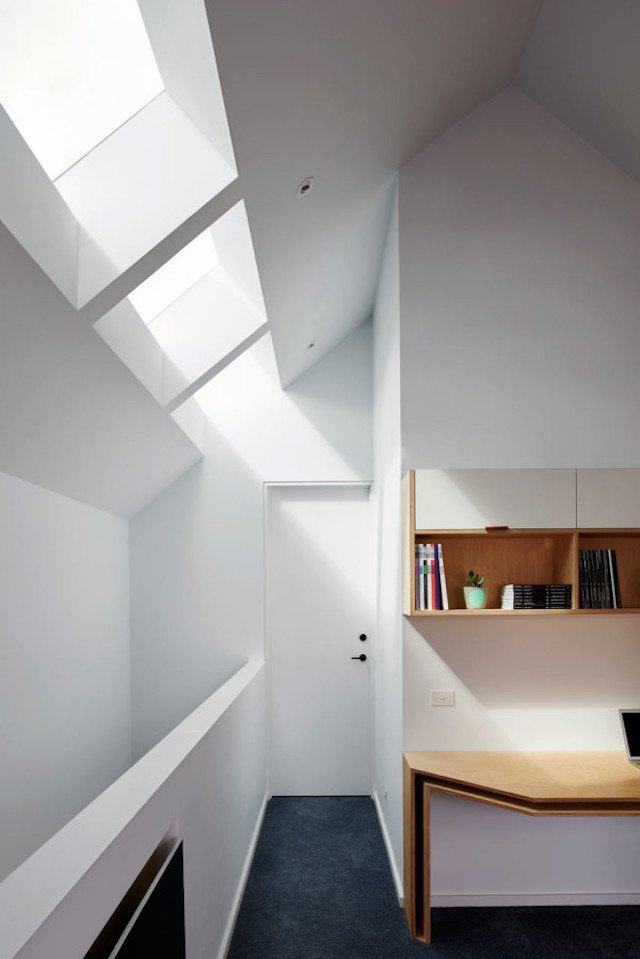 STEP 3. Hire an Architect.  At the same time that you’re working on your demo permit you’re going to want to start working with an architect to design your future dream home!  A few ways to find an architect: Go on Houzz and look for other homes in your area that you like and find out who the architect is.  If your neighborhood has a lot of new construction, a lot of times the builder and architects’ names will be on the property somewhere.  Also, ask friends.  That’s actually how we found both our architect and builder.  There’s so much that I could write in this paragraph!  One, an architect with experience in your area is super important.  They know the ins and outs of the codes in your city and how to design your house accordingly.  Architects with experience are a wealth of knowledge!  They can also be incredibly expensive.  It’s important to stay within your budget and find someone that can work with you on price, but I wouldn’t skimp too much here.  You want to love your architect.  Architects either work on an hourly rate/flat fee basis or are paid a percentage of construction costs.  We went with the former.  I can’t stress enough how important it is to choose an architect wisely!  Again, will share more on this in another post. 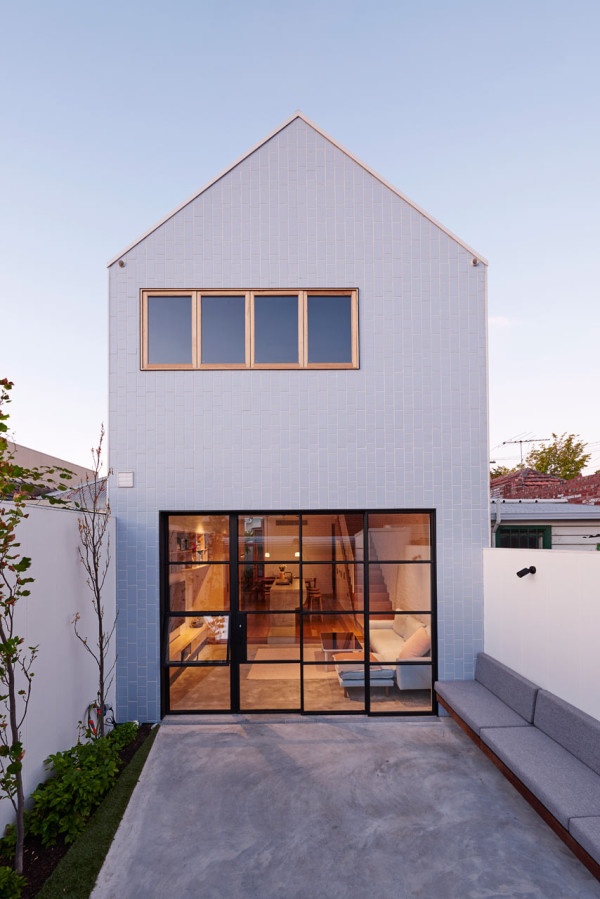 Once you’ve hired the architect there are so many things to hone in on!  Do you want your master upstairs or downstairs?  How many bedrooms and bathrooms?  What’s important to you?

Aaron and I used this Pinterest board to keep a running file of ideas we liked for our place.  It helped our architect to know what kind of style and aesthetic we were going for.  Then we each chose three things that were most important to us.  Here is what they were:

Aaron’s 3 priorities:
-high ceilings in the family room (14-15′)
-an outdoor all-glass atrium that is separate from the backyard where we can drink coffee in the morning.
-a really cool entry area when you first walk in.

Jen’s 3 Priorities:
-a big family room and kitchen that have a nice flow to each other
-a playroom nearby the family room or kitchen (can be small)
-a lot of indoor / outdoor flow with big windows

I debated posting this next photo because we aren’t even through our building permits yet and so much can change, but this is what the rendering of the front of our house currently looks like:

Well, that’s exactly where we are folks!  Three months after we closed on our property in Austin, we have plans, a builder, an empty lot, and are super close to being able to apply for our building permits.  I realized I didn’t write about finding a builder here but will in the next post.  Keeping our fingers crossed that there will be more progress to report soon!

All images via Design Milk