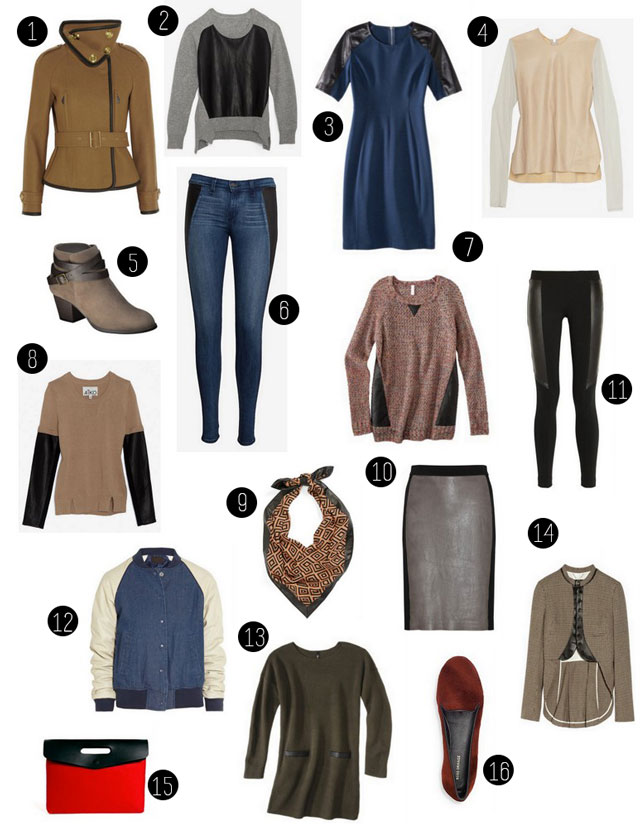 Did you know there are only 49 days left in 2013?  Crazy, right?  This dwindling number has me in a hurry to accomplish as much as possible before we take a much needed holiday the end of December.  Yesterday I was in Salt Lake City styling a pretty interesting shoot.  (I’ll be sure and share it with you when it’s released!)  I flew back late last night, just in time for a big shoot today with our TEC team.  Have these weeks been equally as crazy for you?  If you’re looking to do a little holiday shopping or are just in the mood for some end of the year outfit inspiration, I have been loving this leather details trend.  It’s  a little bit edgy without being over the top rock and roll, so anyone can pull it off!