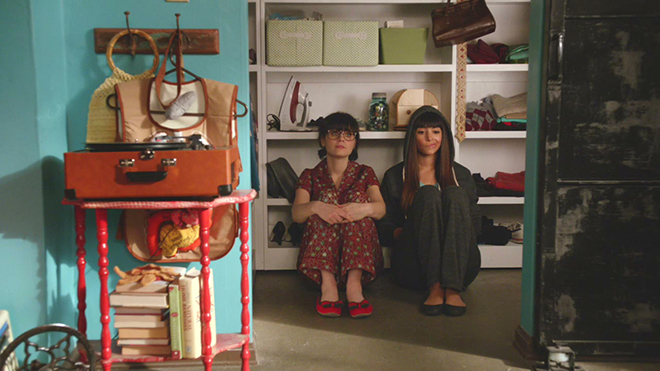 We (Caitlin & Caitlin) love Zooey Deschanel’s show “New Girl” over at C+C and are very excited about the season premier this week. For those of you unfamiliar, “New Girl” follows quirky Jess and her three guy roommates who live in a loft space just outside downtown Los Angeles. The set features exposed brick, factory windows, and a large, metal industrial sliding door.  Their digs are decidedly masculine before Zooey’s character becomes the fourth roommate, but her feminine and vintage style balance out and bring the space to life in a charming and funky way. 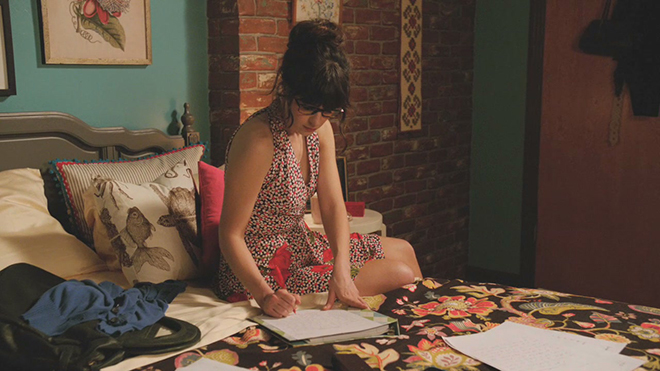 We are totally digging Jess’s bohemian chic bedroom on the show. The sheer drapes soften the industrial windows and the jute rug warms up the concrete floors. Mismatched lamps give the room added visual interest and the teal walls play against the exposed brick. We also love the floral duvet and “flea market find” side tables. 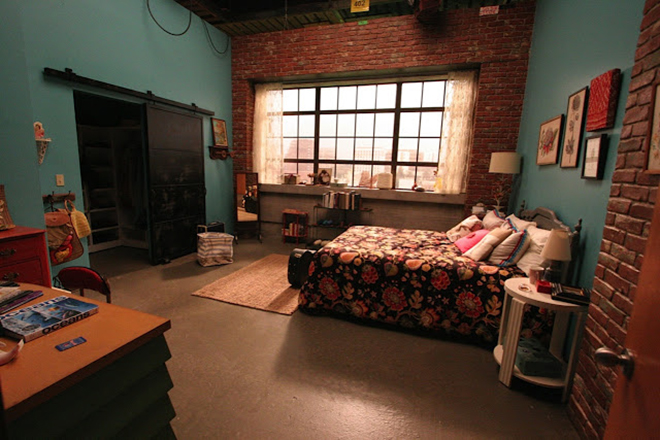 Here’s how we would play up the adorkably eclectic look that The New Girl so effortlessly pulls off: 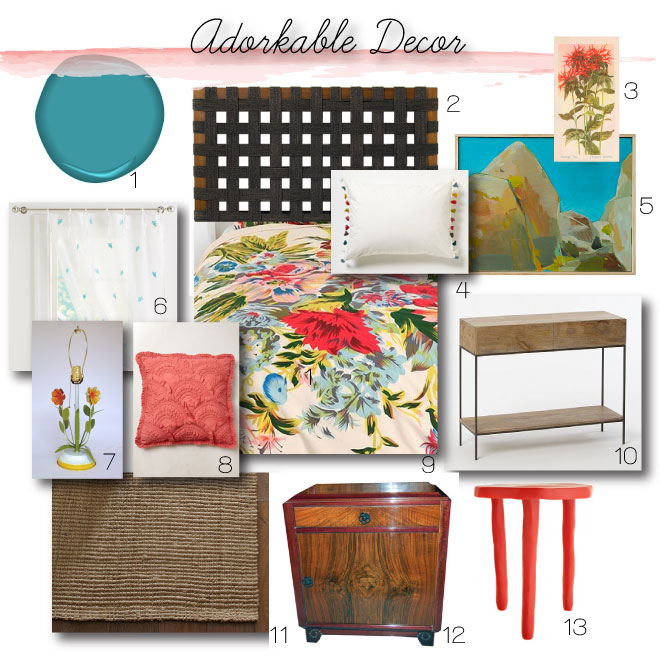