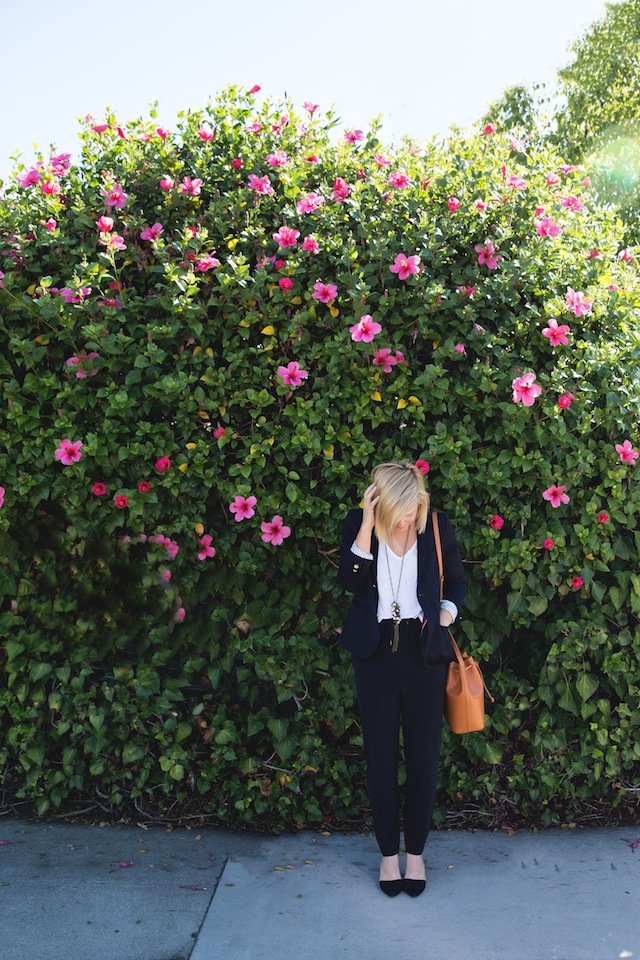 The other day Parker and I were having an afternoon snack at Joan's in Studio City --which, by the way, happens to be the best place for an afternoon snack with a toddler because it's next door to a fish store loaded with cool aquariums full of creatures of the sea, but I've digressed.  Anyways, we were sharing a blueberry cornmeal muffin when a group of middle school girls walked in wearing their school uniforms.  It's not an uncommon sight in LA since the majority of private schools here have adopted a uniform policy and a lot of kids in LA go to private school.  It got me thinking, though, about if I could ever go full on Steve Jobs and wear a daily uniform.  Or what if I had just three or five outfits that I rotated between? 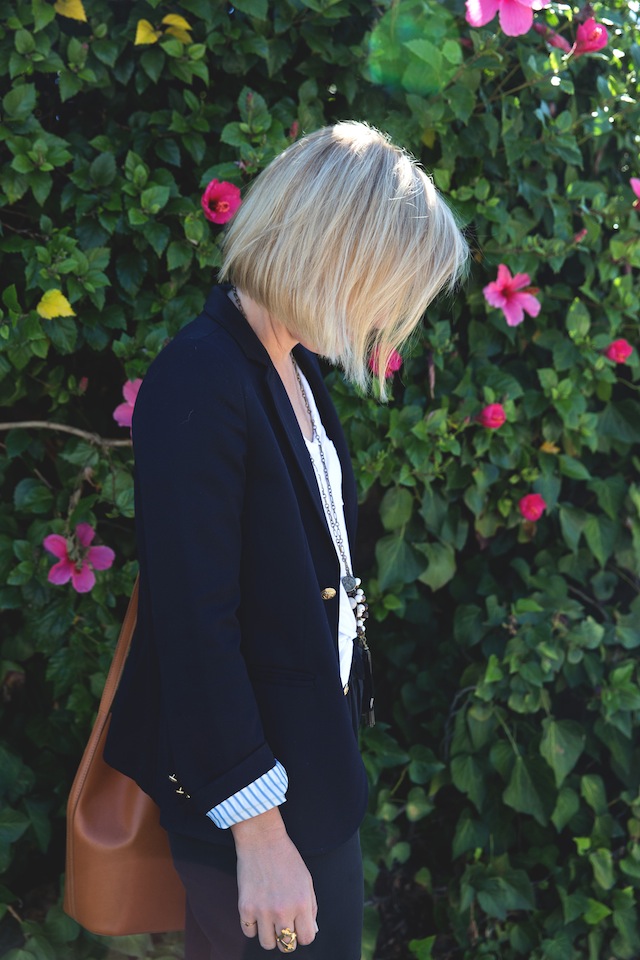 If I did, they would mostly be in this color palette-- navy, black, white, and camel, with some gray thrown in for good measure, of course.  But, the truth is, I don't think I could be a uniform person.  Perhaps it's my background as a stylist or just an innate fondness for playing with clothes, but even when I was capsule wardrobing I found myself wanting newness, to pull something from the clothes I had packed up and hadn't been wearing on repeat for two months.  Are you familiar with Elizabeth Holmes?  I would highly recommend reading this article about how her company will likely impact all of our lives in the near future.  But also, she's big on uniforms. 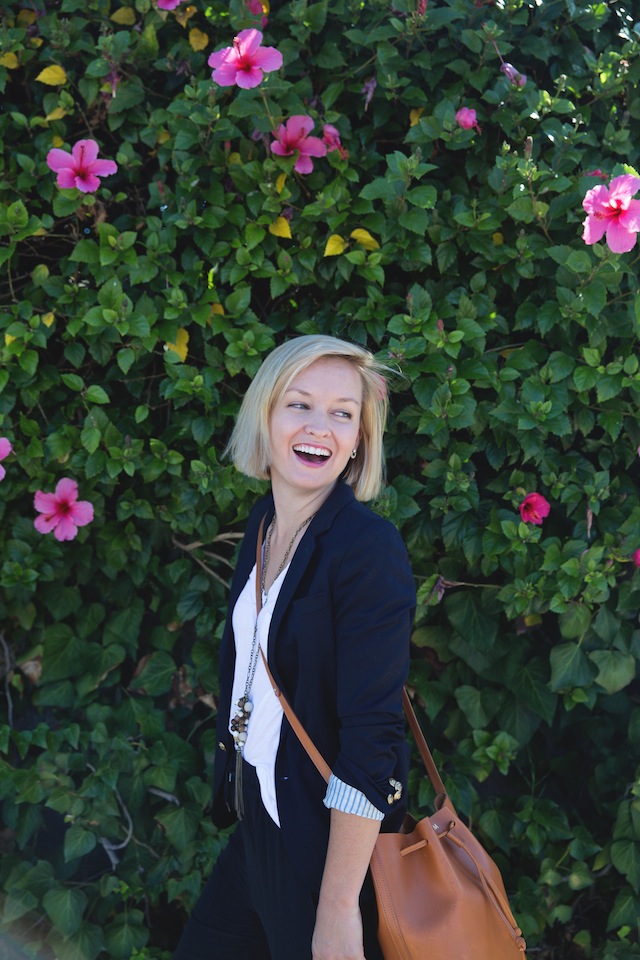 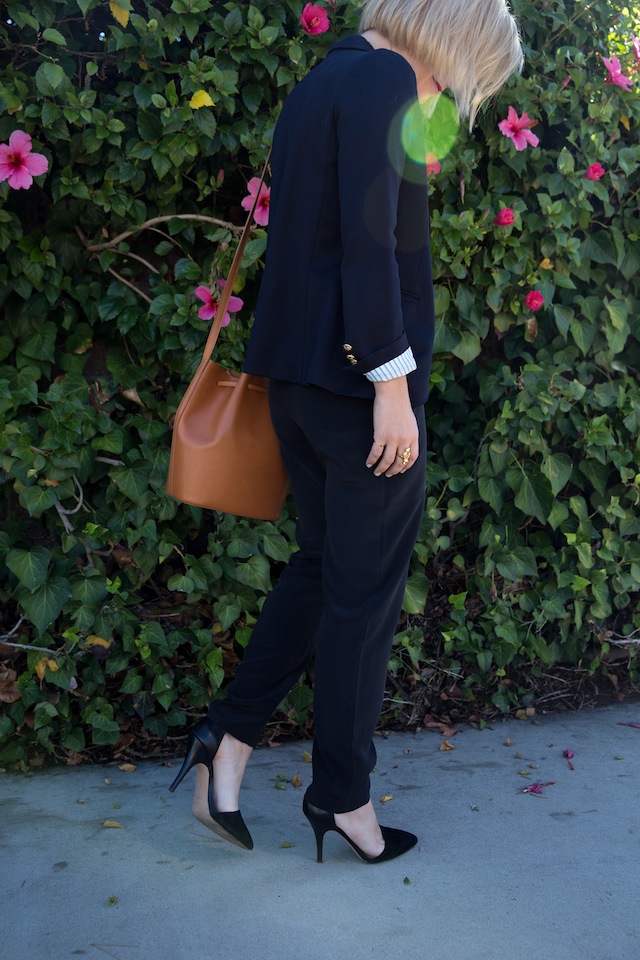 It may not be my daily uniform, but this look is definitely my go to for fall meetings and general running around.  It would also be a great look for working on set if I switched out the heel for something chunkier or even a clog. 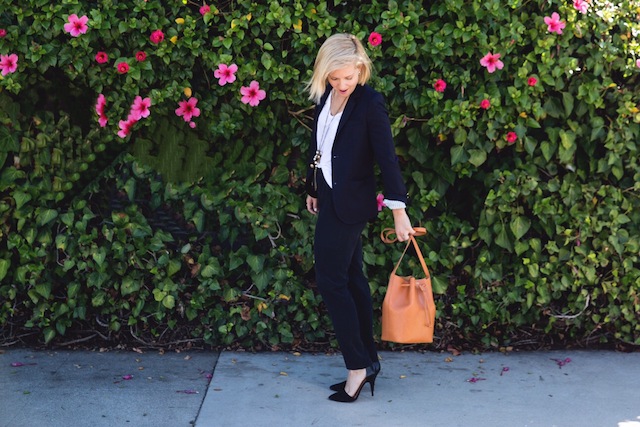