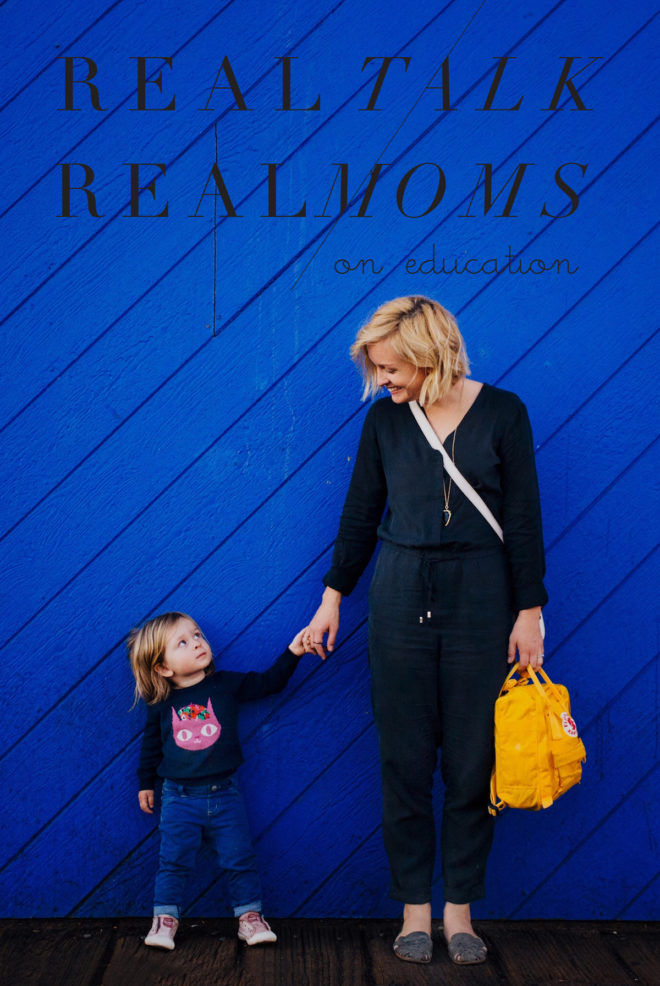 It's interesting that when I first sat down to write this post, the first thoughts conjured up by the word 'education' were pamphlets I've received from Mommy & Me classes and the discussion of different educational theories I have seen take place on Facebook.  I thought of desks and pencils and even SAT scores.  But then when I thought about Parker, and how her mind is absorbing things at two years old, I thought about how when Aaron gives her kisses she points to the stubbly part of his face and says, "scratchy" and the part above and says, "soft" and how she then applies those words to other things around her-- the bunnies at school and the leaves on the squash growing in the garden.  I thought about how she is learning about contrasting things: short and far, cold and hot, long and short.  She's talking about her feelings and recognizing them in the faces of others.  The whole word is, in fact, her classroom.  But as working parents, preschool often isn't optional and in what seems like the blink of an eye we will have kindergarteners, so thinking about education in some abstract, intangible way gets met with reality.  With our move to Austin and recent house shopping we were forced to think about both preschool and beyond in big serious ways, so I thought for our latest round of Real Talk I'd share our personal priorities and the decisions we came to about education. (Be sure to check out posts on this same topic from Emily, Erin, Alex, Sarah and Bethany.)

How we chose her preschool:

Priority #1: Location.  We wanted to find a school that was somewhat nearby, but were willing to drive to an extent for something that felt like the right fit.  We deemed 25 minutes the max drive time.  I think that sounds like a lot for some, but our time in LA has made us somewhat immune to the affects of commuting!

Priority #2: Play-Based.  At two, anything other than a play-based learning system just doesn't feel age appropriate.  This was a must for us.

Priority #3: Size. Something that felt small and quaint as opposed to large and corporate was high on our list.  This was just a personal preference, since this is her first go with a group preschool situation we wanted it to feel warm and welcoming with a manageable amount of kiddos running around.

Those were the three musts.  Some of the other things that ended up weighing heavily on our decision, and the reason we chose the school we did, was that they provide healthy, organic lunches and snacks for the kids with an online menu you can take a look at in advance, they play outside as much as possible, and they have animals on the property and in the classroom.  They also don't use any kind of TVs or other digital technology at school.  I'm not against TV and we don't ban it at our house by any means, but if she's at school I'd prefer her to be playing and learning rather than zoning out to a TV.  Cost-wise, it's kind of average for the area-- not super expensive, and not particularly inexpensive either.  She loves playing outside and is super into animals, so those were very sweet cherries on top.  We found it through the recommendations of other parents, too, which felt nice to know that we knew people who had been through the school and were very happy with it.  Now for public schools...

These are very, very personal preferences that came after giving a lot of thought to schooling and what we hoped for her to get out of school and the role we wanted it to play in her upbringing.  Since we all have different values and hope for different outcomes, it's only natural that we would have different theories around school.  Anyhow, here's why we chose the house we did with the schools it's zoned for:

For all that it can be criticized, I really believe in the public school system.  I believe that our society as a whole is better and stronger when we can count on our public schools to care for and educate our children and the only way to improve the system is for engaged and involved families to continue choosing public school.  I believe that there are far more good teachers than bad and I love the idea that a child's classmates aren't just their classmates, but also their neighbors and familiar faces in their community.  Even if she were given a free ride to the most acclaimed private school, I would still choose public, but that's just me.

As for choosing the schools that we wanted to be in, I used publicschoolreview.com frequently to get a better idea of the student teacher ratios and other profiles about the schools.  We kind of disregarded GreatSchools.org and their arbitrary number system and instead texted friends to see if they or anyone they knew had experience in the schools.  Those conversations were so much more telling than that singular number.  The elementary she will go to is very diverse both racially and socio-economically-- both of which were priorities.  It's also walking distance to our house.  Odds are that some years will go smoother than others and some teachers will be more aligned with our own learning and childcare styles than others, and we will just have to trouble shoot those things as we go. 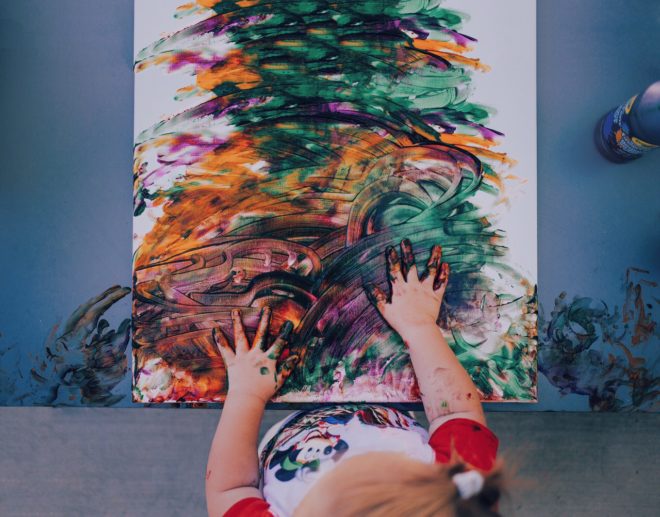 More important than where she goes to preschool or Kindergarten or beyond, though, is making her education a priority at home and not depending on some other school or system to do all of the work, but taking responsibility for the role that we play as parents and establishing strong morals and values here in our family.  After a long work day, I know that's sometimes easier said than done!  And with all of this said, let's remember that I just have a two year old.  I will be sure to report back in 4 years, letting you know how kindergarten went, and if I still have the same priorities.

How did you choose your child's schools?